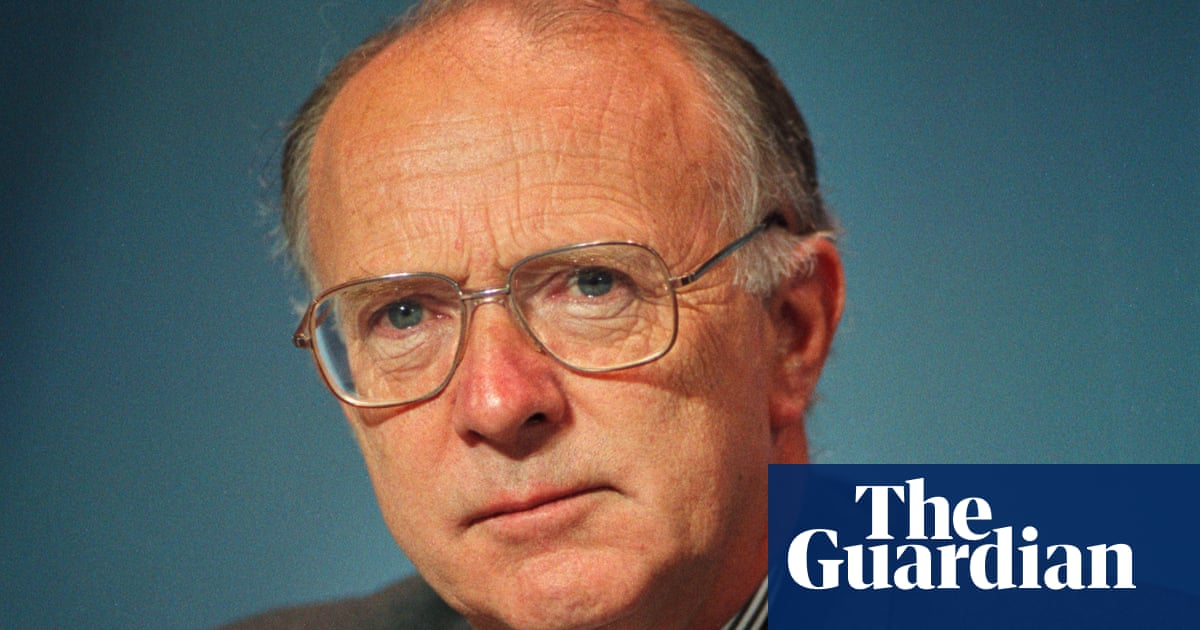 In November 1990 it fell to Tim Renton as Conservative chief whip in the House of Commons to tell Margaret Thatcher that she had fallen four votes short of winning in the first round of Michael Heseltine’s challenge to her leadership.

The message, conveyed by telephone to her private secretary while the prime minister was attending a meeting in Paris, ultimately precipitated her downfall. For that and for his part in telling her cabinet colleagues about the depth of Tory opposition to her she never forgave him.

Renton, who has died aged 88 from cancer, was dismissed in her autobiography as giving a “characteristically dispiriting assessment” of her chances in a second ballot. He was undoubtedly one of those she had in mind in referring to “treachery with a smile on its face” – one of the people who told her she had been fatally undermined in the first ballot and could not win a second round. In maintaining the whips’ office’s traditional neutrality in the leadership context Renton must have realised that her campaign was hobbled.

This might all have been foreseen, for Renton, a socially liberal, urbane and moderate Tory was scarcely “one of us” in her characteristic phrase. She distrusted him – “you are always on the wrong side” she had once told him bluntly – which made his appointment as her government’s chief parliamentary enforcer a year earlier all the more remarkable.

He did not fit the bill at all, being genial and quietly spoken – “too nice and gentlemanly” according to Charles Moore, Thatcher’s biographer, and furthermore he had not served in the whips’ office previously to learn its coercive ways.

His appointment in October 1989 was actually a sign of the prime minister’s growing if unacknowledged weakness. As a close ally of Geoffrey Howe, Renton was appointed as a sop to dissuade the recently demoted Howe from following the chancellor of the exchequer, Nigel Lawson, in resigning from the government.

Renton was recommended for the post by Howe on the basis that he was calm under fire, balanced and wise, but he received similar tongue-lashings from the prime minister as his sponsor, particularly when he advised her against things she wanted to do, such as appointing Norman Tebbit as education secretary (a return to cabinet that Tebbit declined anyway in order to look after his wife, Margaret, who was severely injured in the Brighton bombing).

After one pro-Europe speech by Howe shortly before his resignation, Thatcher rounded on Renton saying: “Your master’s speech was very unhelpful.” Bridling, Renton replied: “He is not my master. You are, if I may say so, my mistress.” She may not have spotted the irreverence.

Born in London, Timothy was a son of Eileen (nee Torr) and her husband, Ronald, who was a parliamentary lawyer, responsible for drawing up legislation. Timothy went to Eton and achieved a first-class degree in history at Magdalen College, Oxford, before becoming a merchant banker, joining C Tennant, Sons & Co in 1954. He worked for the firm’s subsidiaries in Canada for five years from 1957 and returned to London as managing director of Tennant Trading.

Other business posts followed, and he contested the safe Labour seat of Sheffield Park in the 1970 general election before being chosen for the equally safe Tory Mid-Sussex constituency, where he lived, in time for the February 1974 election. He represented the seat throughout his 23 years in the Commons, leaving it for the Lords in 1997 as Lord Renton of Mount Harry (named after a family home).

In the Commons the former banker proved to be economically dry and socially wet, resigning as a parliamentary private secretary to the equally dry Treasury minister John Biffen when the Thatcher government proposed a windfall tax on banks in 1981. But he also became president of the Conservative trade unionists’ group, being himself a member of the Apex white-collar union and supporting secret ballots for national union officials.

From 1983 his star was hitched to Howe as a PPS, first at the Treasury and then the Foreign Office after that year’s election. The following year he became a Foreign Office minister of state, working on the details of the return of Hong Kong to the Chinese. After the 1987 election he was moved to the Home Office, under the leadership of Douglas Hurd, until his elevation as Thatcher’s fourth and final Chief Whip.

After her defenestration and John Major’s accession, Renton resigned his position and was made minister for the arts, the new prime minister being more magnanimous than the old despite knowing that Renton had voted for Hurd in the leadership election that followed Thatcher’s downfall.

It was a demotion but still a ministerial post that his wife, Alice, persuaded him to take on the grounds that they both loved the theatre and opera: the Rentons had taken part in amateur dramatics in the past and he was patron of the New Sussex Opera. He gamely told the Guardian in an interview in January 1992: “I find the subject such fun. You might say that’s where I fall down: I am not all that ambitious.”

He resigned from the government following the 1992 election, leaving after persuading Major to include provision for a National Lottery, partly to fund the arts, as a manifesto commitment. A less permanent arts legacy was setting up a National Music Day, which he fronted with Mick Jagger – a project that eventually petered out – and the delegation of Arts Council budgets to regional arts organisations.

From the backbenches as a pro-European he supported the Maastricht treaty and accused the early iteration of Tory Eurosceptics of thinking the earth was flat.

After leaving the Commons, Renton wrote two novels and a memoir which was also partly a history of the whips’ office – Chief Whip: The Role, History and Black Arts of Parliamentary Whipping (2004).

He became a deputy lieutenant of East Sussex and served on local charities including the Sussex Downs Conservation Trust and the Brighton West Pier Trust, while also cultivating a vineyard at his home.

In 1960 he married Alice Fergusson. She survives him, along with their two sons, Alex and Daniel, and their daughters Christian and Chelsea; another daughter, Polly, died in 2010.