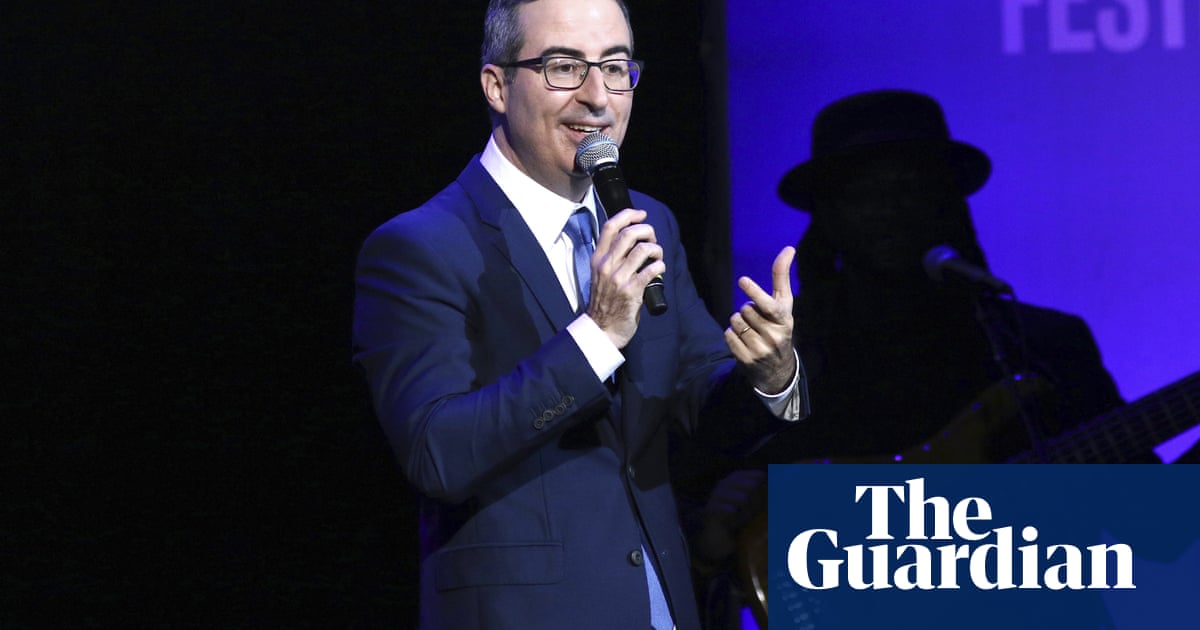 John Oliver has upped the stakes in his spat with the Connecticut town of Danbury, offering to donate $55,000 to charity if officials there make good on a promise to name their sewage treatment plant after him.

The Republican mayor, Mark Boughton, said last week Danbury would rename the facility the John Oliver Memorial Sewer Plant, in response to an expletive-filled rant against the city on a recent episode of HBO’s Last Week Tonight with John Oliver.

“Why? Because it’s full of crap just like you, John,” Boughton said, though he later said he’d been joking.

Oliver’s first Danbury diatribe came on his 16 August show, in which he explored racial disparities in the jury selection process, citing problems in Hartford and New Britain, other Connecticut cities.

Apparently at random, the bespectacled Anglo-American funny man then went off on Danbury.

“If you’re going to forget a town in Connecticut,” Oliver said: “Why not forget Danbury? Because, and this is true, fuck Danbury!”

He also said “Danbury, Connecticut, can eat my whole ass” and added: “If you’re from there, you have a standing invite to come get a thrashing from John Oliver, children included, fuck you.”

It wasn’t clear what prompted the outburst but this Sunday Oliver said he was surprised and delighted by the city’s response. After playing a video of Boughton saying it was just a joke, however, another rant ensued.

“Wait, so you’re not doing it? Aw, fuck you, Danbury. You had the first good idea in your city’s history and you chickened out on the follow-through. What a classic Danbury move.

“Listen, I didn’t know that I wanted my name on your fucking factory but now that you floated it as an option, it is all that I want.”

Oliver offered to donate $55,000 to charities, including $25,000 to the Connecticut Food Bank, if the city renamed the plant. If not, he said he would make donations to “rival” towns including Waterbury and Torrington.

Boughton said on Monday city officials planned to respond by the end of the week. He said the council would have to approve any renaming of the sewage plant.

“I think it’s very generous and we appreciate that,” the mayor said. “It’s just a great distraction for people to get laughs.”