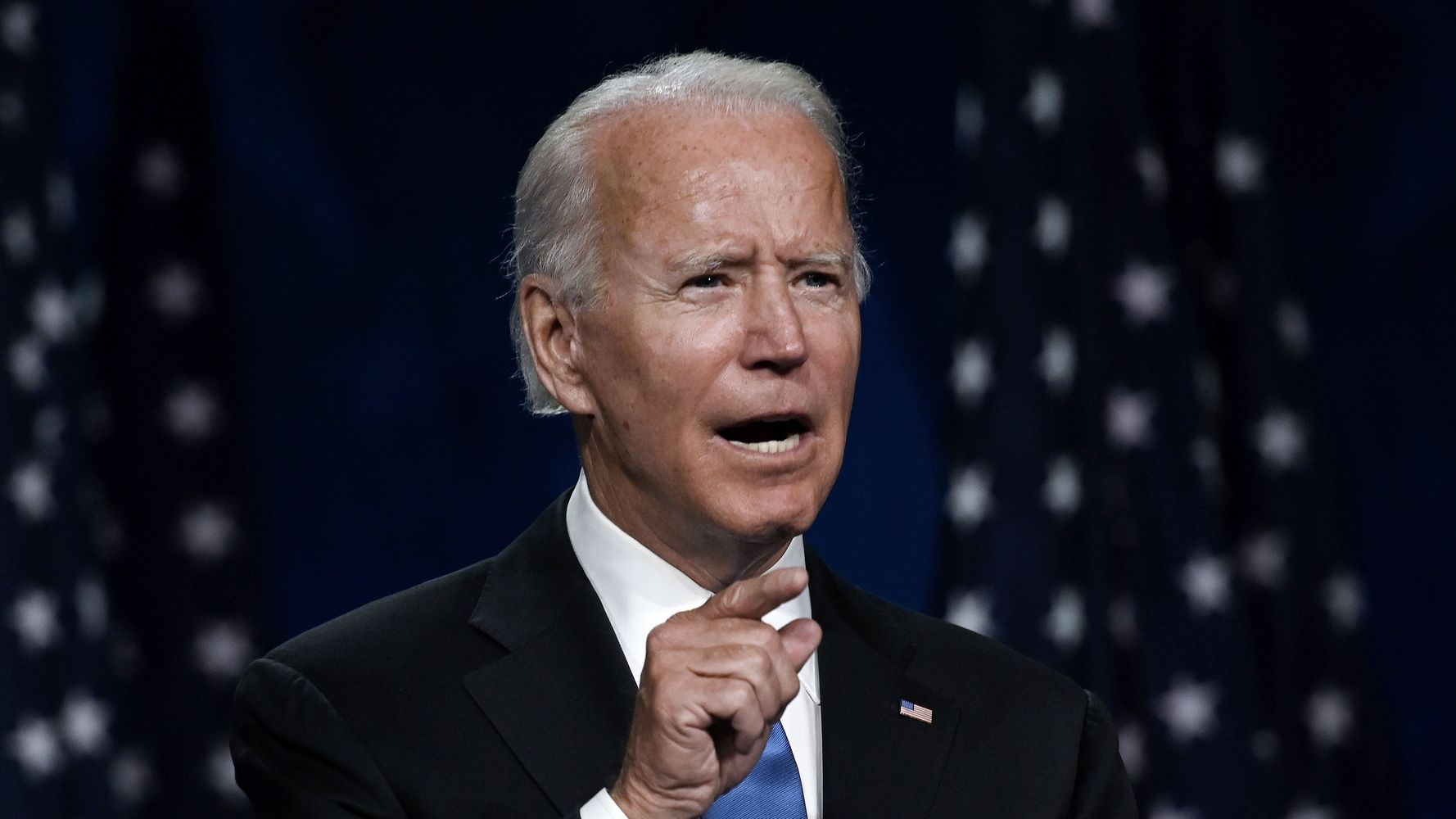 “We must not burn. We have to build,” the former vice president added.

Biden also pushed back on the image Trump and Republicans have tried to paint of him as being soft on crime and of being beholden to the far-left elements of his party.

“Ask yourself: Do I look like a radical socialist with a soft spot for rioting? Really?” Biden asked.

The monthslong protests against racial injustice and police brutality that began earlier this summer after the killing of George Floyd in Minneapolis were fueled again this month after Jacob Blake was shot seven times in the back by a Kenosha, Wisconsin, police officer.

A man was shot and killed in downtown Portland, Oregon, Saturday night after a large group of Trump supporters and members of a violent far-right group drove a caravan of cars through the city. Videos posted online showed fights breaking out between Trump supporters and the protesters. Trump tweeted “Rest In Peace” about the man killed Saturday.

Last week, prosecutors charged a 17-year-old for shooting three people, killing two, during protests against police brutality in Kenosha after joining up with a group of vigilantes seeking to “protect” public property.

Minneapolis was hit by a second wave of looting last week, and businesses reported storefronts burned in Portland and Kenosha over the weekend.

Trump’s campaign has sought to turn to images of violent protests in U.S. cities in an attempt to fire up his supporters — and, more important, make suburban voters who may not personally like the president hold their nose and vote for him anyway.

Biden rejected that characterization on Monday by once again accusing Trump of stoking flames of racial discord in order to bolster his reelection chances in November.

“This president long ago forfeited any moral leadership in this country. He can’t stop the violence — because for years he has fomented it,” Biden said in his speech. “He may believe mouthing the words ‘law and order’ makes him strong, but his failure to call on his own supporters to stop acting as an armed militia in this country shows you how weak he is.”

“Does anyone believe there will be less violence in America if Donald Trump is reelected?” Biden added.

Biden tried to turn the tables on Trump by calling him out for remaining silent on the actions of Kyle Rittenhouse, the teen charged for killing two protesters in Kenosha. Trump’s “failure to call on his own supporters to stop acting as an armed militia shows how weak he is,” Biden said.

Asked Monday during a press briefing whether Trump condemns the actions of Rittenhouse, White House press secretary Kayleigh McEnany said, “The president is not going to weigh in on that.”

McEnany: “The president is not going to weigh in on that” https://t.co/Nj065CIsxp pic.twitter.com/TcPrKXS1oo