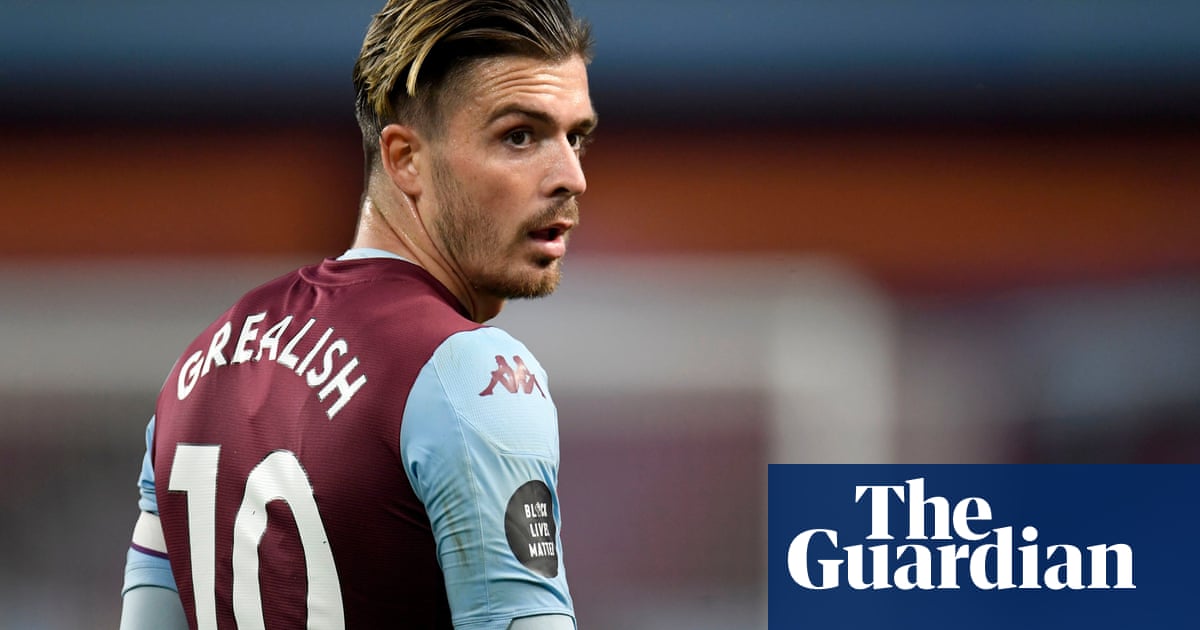 Jack Grealish has received his first call-up to the England senior squad after the withdrawal of Marcus Rashford due to injury.

Having been initially been left out of the squad last week, the Aston Villa captain joined up with the rest of Gareth Southgate’s players on Monday as England prepare to face Iceland and Denmark in the Nations League. Rashford has withdrawn after reporting for duty with an ankle problem, although it is understood to be minor and Manchester United hope is that after some rest he will be available to start the Premier League season.

Tottenham’s Harry Winks has also pulled out of the 24-man squad, which now includes Conor Coady of Wolves and Arsenal’s Ainsley Maitland-Niles after they were called up over the weekend.

Grealish has played for England’s Under 21 side and was a member of Southgate’s 2016 Toulon Tournament-winning squad. The 24-year-old had previously represented the Republic of Ireland, who he is eligible to play for through his grandparents, at every level up to under-21s before announcing in 2015 he had opted to commit his international future to England.

Asked why he had omitted Grealish from his orginal squad last week, Southgate admitted that the Villa captain was competing for a place with forwards Mason Greenwood, Jadon Sancho, Raheem Sterling and Rashford in the 4-3-3 system he favours.

“I know, at times, Villa play Jack as a midfield player, that’s not where I see him in the way that we play,” he said. “So with us he would be a wide player or a No.10 and I think we’ve got players at the moment that deserve to be in just ahead of him.”

Rashford tweeted: “Gutted. Never want to let this team down but these fixtures just came a little too soon for me. I tried my best but I have to focus on starting the season at my strongest for club and country. Good luck boys, I’ll be cheering you on from home.”

Gutted 😔 never want to let this team down but these fixtures just came a little too soon for me. I tried my best but I have to focus on starting the season at my strongest for club and country. Good luck boys, I’ll be cheering you on from home 🦁♥️ @England pic.twitter.com/2OMHKPFLpm

Grealish has been linked with a move to Manchester United this summer having excelled for Villa as they survived their first season back in the Premier League. He apologised for breaking the government lockdown after being pictured at the scene of a road accident in March.

Grealish, who joined Villa at the age of six, told the Guardian in June that he still retained hope of a call-up from England despite not having featured for his country since 2017.

“That is what I have set out to achieve since I committed to England,” he said. “In March I did not know what was going to happen but the virus obviously stopped everything. Who knows if I would have been called up or not [for the last England squad]? All I can do is start the way I was playing before and hopefully next season I can start strongly and when the internationals come back around I will be back in with a shout.”