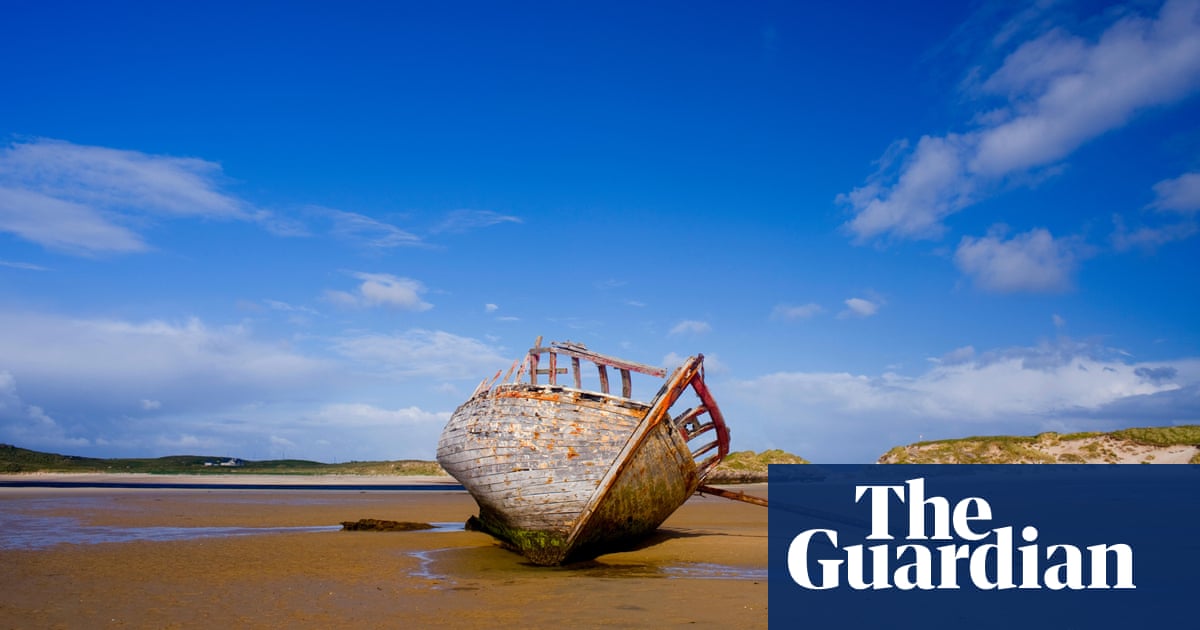 The fishing boat came ashore for minor repairs at Magheraclogher beach near Bunbeg in 1977 but the repairs never happened and Bád Eddie – Eddie’s Boat, in Irish – never left.

It stayed wedged in the sand, abandoned to the elements in this windswept patch of County Donegal on Ireland’s Atlantic coast.

But in decay the wreck found new life – as a playground for children, then as an object of stark, evocative beauty. It drew tourists and became a backdrop for wedding portraits, a music video and a Vogue magazine cover.

Now, after 43 years, locals have decided to preserve what is left of Bád Eddie before it completely disintegrates and extinguishes the landmark.

They have launched a campaign to incorporate the wooden skeleton into a stainless steel full-size replica that would be Ireland’s first permanent sculpture in the sea.

“It’s past time that we should be doing something,” said Sonia Gillespie, a member of the committee that last week set up a gofundme.com appeal. “She lost a few planks last winter and the bow slipped. Once that goes I think the timbers will be taken by the sea.”

The beach is part of Gweedore, a Gaeltacht district considered a cradle of Irish culture that struggles economically.

“We’re coming together to try and salvage something that’s really important to this area,” said Gillespie. “We’re trying to draw tourists. The boat has such a reputation now that people come specifically to see it.”

The crowdfunding appeal – launched with a concert at the beach – has raised more than €7,000 and prompted a team from the Northern Ireland Technology Centre, based at Queen’s University Belfast, to plan a visit next weekend to create 3D images to help design the steel structure.

Built in Brittany, France, the boat was bought in the 1970s by the late Eddie Gillespie, a Gweedore fisherman who never completed the repairs.

“Initially I think people just said: ‘Eddie will come and take it,’” said Sonia Gillespie, a distant cousin. “The longer it went people said: ‘Oh my gosh, we’ll be left with this boat on the beach.’ It became a beautiful playground; I grew up with it.”

The wreck featured in the video for In a Lifetime, a 1986 song performed by Bono and Clannad. “That put it on to the world stage,” said Gillespie.