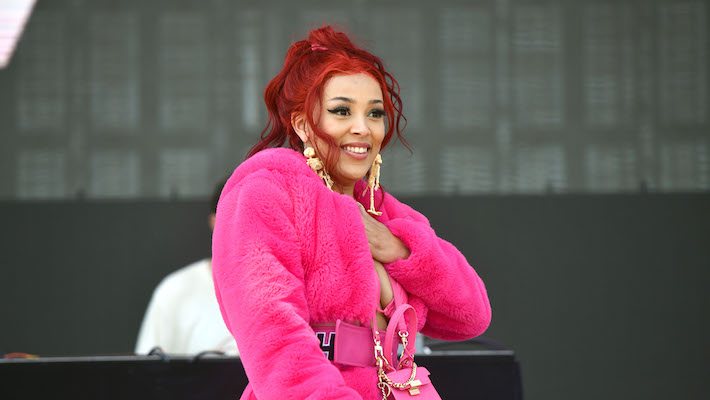 Doja Cat has a fruitful night at the MTV VMAs yesterday: She was nominated for three honors and took home one of them, the PUSH Best New Artist award. After she heard the news, she sat down with MTV News for an interview, in which she discussed her upcoming third album.

She didn’t want to reveal too much, but she did tease a diverse effort and compared it to Hot Pink, saying:

“I’m always kind of winging it. But, I have my album coming, can’t say when, but that’s pretty much it. I really want to make it a surprise, I don’t want to say too much. It’s very similar to Hot Pink in the sense that each of the songs do have their own personality to them and sound. It’s not gonna be perfectly consistent. I’ve never been, anyway. But I definitely wanted to have fun and just do that again. We have some dancehall stuff on there, some Afrobeat stuff, we have some funk, house kind of stuff on there. I’m trying to cover all bases, is what I’m saying. I’m having a lot of fun doing this album and I can’t wait for people to hear it, and I think my fans are excited, so I’m excited, too.”

Watch the full interview above.