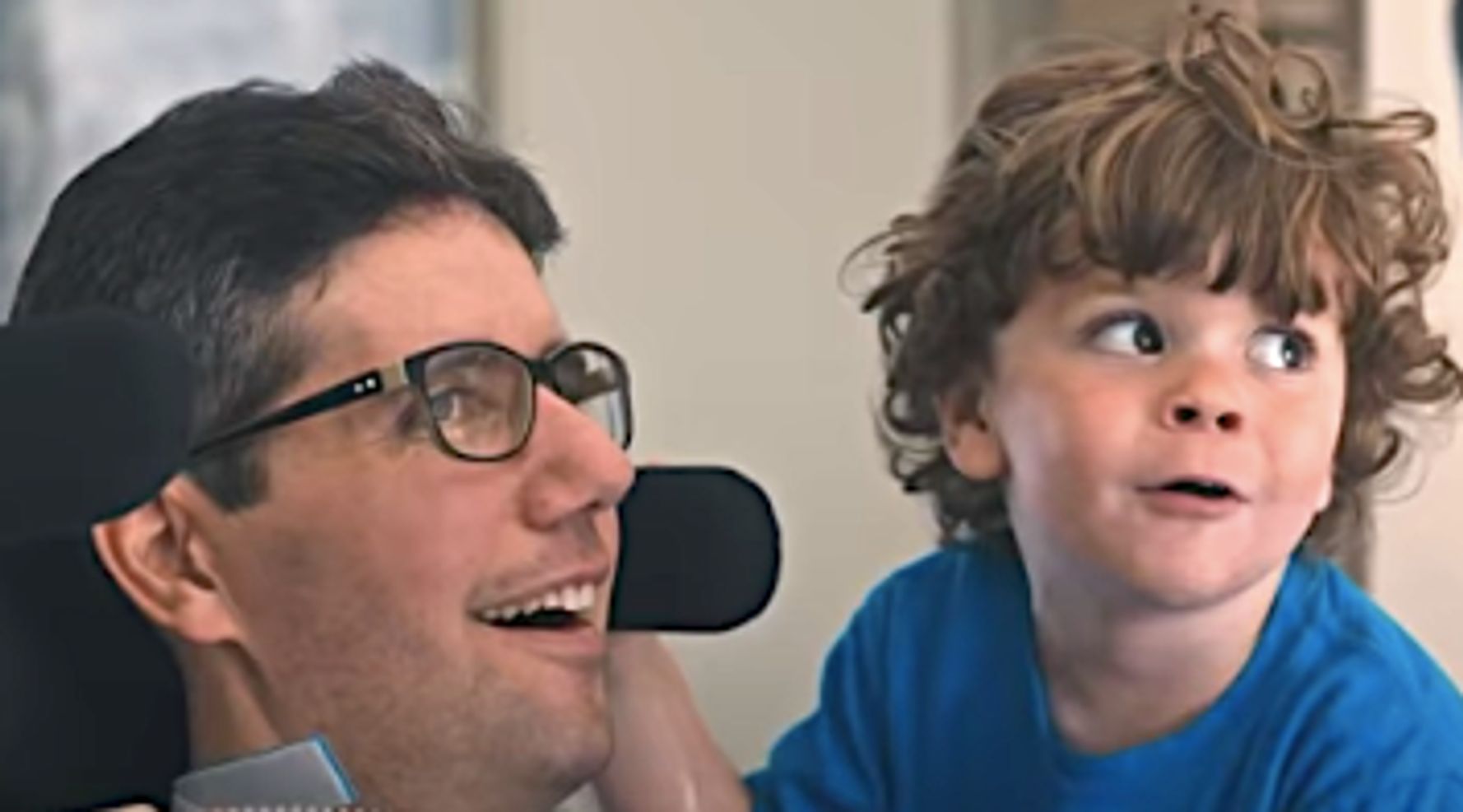 The second-ranking Republican in the House of Representatives triggered outrage Sunday after tweeting a doctored video that manipulated the words of progressive activist Ady Barkan.

The video posted by Rep. Steve Scalise (R-La.) included a portion of Barkan’s videotaped interview with Joe Biden that aired at the Democratic National Convention this month, but was altered to make it appear that the Democratic presidential nominee supports defunding police departments. He doesn’t.

“These are not my words,” Barkan, who has Lou Gehrig’s disease and uses voice assistive technology, tweeted at Scalise. “I have lost my ability to speak, but not my agency or my thoughts.”

Barkan accused Scalise and his team of exploiting him for “your own political gain,” adding: “You owe the entire disability community an apology.”

These are not my words.

I have lost my ability to speak, but not my agency or my thoughts.

You and your team have doctored my words for your own political gain.

Scalise finally removed the tweet Sunday night — but only after defending it.

“While Joe Biden clearly said ‘yes,’ twice, to the question of his support to redirect money away from police, we will honor the request of [Barkan] and remove the portion of his interview from our video,” Scalise tweeted.

The congressman could potentially face the threat of censure from the House for violating its Code of Official Conduct, which prohibits posting falsified media to manipulate an election.

In his real interview with Biden, Barkan discussed the possibility of redirecting some funding for armed policing to services like mental health counseling. He asked Biden: “Do we agree that we can redirect some of the funding?” Biden responded: “Yes, absolutely.” Biden has clarified, however, that redirecting funds is not the same as defunding police.

In the manipulated clip that Scalise posted, Barkan appears to ask Biden about redirecting “some of the funding for police?” The final two words actually come from elsewhere in the video.

President Donald Trump and GOP lawmakers continue to falsely insist that Biden supports defunding police. Trump was caught off guard in an interview last month when he insisted to Chris Wallace on Fox News that Biden aimed to defund the police and had said so in a position paper. Yet Trump was unable to find such a statement after hunting for it. In fact, Biden proposes increasing funding for police departments that meet certain standards.

Scalise’s video was an attempt to manipulate the record on Biden’s position.

Critics on Twitter — including Biden and House Speaker Nancy Pelosi (D-Calif.) — were stunned. Liz Jaff, who co-founded the Be a Hero political action committee with Barkan, called the manipulation “horrific.” Another critic called it “truly scuzzy.”

Let me be clear. @AdyBarkan uses assistive technology to speak and navigate the world. I’ve seen how hard it is. I’ve seen him lose his ability to speak. What he says matters. His words are his own.

Take it down. Apologize. https://t.co/l1iTzNRRMn

What’s amazing is your spin… Why don’t you own what happened, and acknowledge that your team changed the words because they could. You abused the fact ady uses the voice of “Microsoft Dave”, and you changed his words…. This is not an apology, this is a slimy back up. https://t.co/R8tcX7mjhF

This video is doctored — and a flagrant attempt to spread misinformation at the expense of a man who uses assistive technology.

It should be removed. Now. https://t.co/Bnv5H2NhZT

Congressman Scalise must take his doctored video down and apologize immediately. https://t.co/sWlufPsazf

This is not surprising, but it is sickening. ALS already stole @AdyBarkan’s voice, GOP propagandists don’t get to take it too. https://t.co/bbFRJDyxqM

Steve Scalise @SteveScalise should be censured by Congress and forced to resign.

This loathsome manipulation of Ady’s voice for political gain is simply unconscionable.

And then Scalise defended it.

.@SteveScalise this is unconscionable. You need to apologize to @AdyBarkan now and then go think long and hard through your life choices.

This is so wrong on so many levels, but so on brand for someone in the GOP. I’m a retired speech language pathologist. It’s like they are taking his voice and human agency for independent speech away. I am just livid.

That is horrible & exploitive. Absolutely disgusting if some pathic anonymous troll pulled a stunt like this, but this is unacceptable for a representative of the people. It’s truely loathsome & unforgivable for someone who purportedly cares about ALS patients/disabled community.