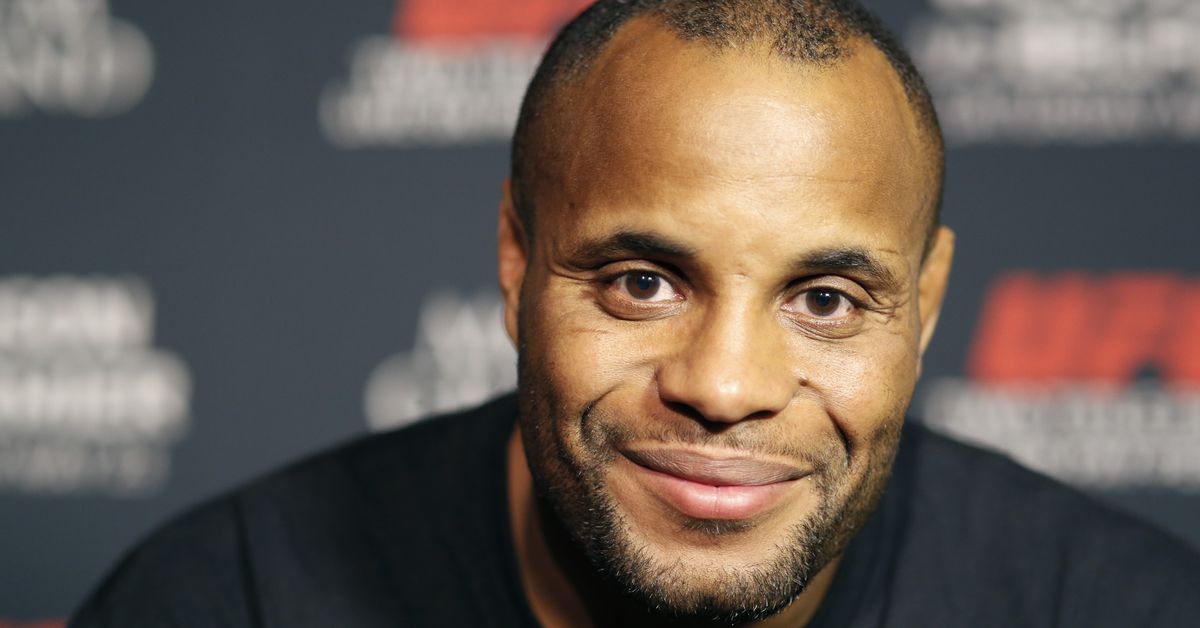 Daniel Cormier is hanging up his gloves for good.

The former two-division champion officially announced his retirement on Monday, three weeks after his second loss to Stipe Miocic at UFC 252. Cormier confirmed the news during his show on ESPN.

“I’m not going to fight anymore,” Cormier said. “I was talking to Joe Rogan after the fight, and I told him my interest is fighting for championships, and I can’t imagine with a loss that I’d be fighting for a belt again. I lost two fights in a row for the first time in my career. You’ve got to understand when it’s time, and the reality is part of the reason I got hit with that right hand by Stipe is because I’m older. You can’t fight father time.

“At 41 years old, I fought the heavyweight champion of the world three rounds to two with the idea that I wanted to win. I didn’t go in there trying to give a good account of myself. I wanted to win the fight and I still believe I can beat Stipe Miocic. But every day that passes, it doesn’t work in my favor.”

After knocking out Miocic in their first meeting in 2018, Cormier suffered a similar fate in their rematch when he fell by fourth-round TKO to hand the heavyweight title back to the Ohio native. Almost exactly one year later, Cormier came up short, losing a unanimous decision to Miocic in a five-round battle.

Prior to the event, Cormier had confirmed numerous times that he was going to retire afterward, no matter the result. But he didn’t make that declaration on the night of the fight.

According to Cormier, that was a conscious decision, because leaving his gloves in the cage to call it a career would have been stealing the spotlight away from Miocic, whom he believes deserved to enjoy the victory.

“I lost the fight, that’s Stipe’s moment,” Cormier said. “He’s the champ. Why would I do that? Because a guy like me retires in the octagon there, that’s what people talk about.

“In the standing in the world, there’s a difference between Stipe and I. If I’m in there and I take my gloves off, it’s almost like stealing his thunder. I wasn’t going to do that. He won the fight.”

While it was a close fight after 25 minutes, Cormier says he has no problem with the decision, and ultimately, he believes the judges made the right call.

In the days following the fight, Cormier admits that much like his past losses to Jon Jones, he was overwhelmed with a lot of emotions. Eventually, he came to realize that he typically used those feelings to charge him up for the next fight, and now that’s no longer necessary.

“I was very sad; I cried like always,” Cormier said. “I felt very sad and disappointed. I apologized to my coaches for not getting the job done. Apologized to my wife and kids and everybody that thought I was going to win the fight and have sacrificed so much for me to get ready for the fight.

As much as Cormier believes deep down that he could still win a fight with Miocic should they ever meet again, there’s no way to deny that time waits for no man.

“All these young guys, they just continue to improve and they continue to train and get better and they stay younger – they stay a lot younger,” Cormier said. “Even when Jones and I fought the first time. I was 35 years old. He was maybe 26, 25, something like that. Those guys are still young. Everyday that goes by, my time just gets a little bit more in the rearview. I’m not going to be fighting anymore.

“It makes me sad to see guys like Robbie Lawler last weekend fighting guys that years ago, for as talented as Neil Magny is, I don’t feel like that would have been as hard a fight for Robbie back in the day. Robbie today, gets beat 30-26 by Neil Magny fighting in the co-main event of a Fight Night card from those classic fights that he had with Rory [MacDonald]. That sucks. He’s only 38. I am not saying Robbie Lawler should not be fighting, but at 41, what am I going to do next? Just go fight some random dude? Go be fodder for somebody to build their name off of, I don’t need that.”

With a broadcast career ahead of him and a number of companies interested doing business even after retirement, the former two-time Olympian will have plenty to keep him busy outside the cage.

Of course, Cormier knows the desire to compete will never go away, but confirming plans to withdraw from the UFC’s anti-doping program, he won’t be plotting a comeback. He’s resigned to his retirement.