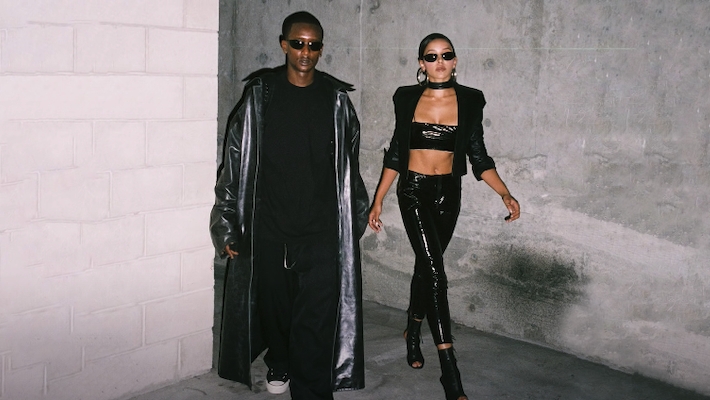 It’s a big music day for Compton. First, YG and Day Sulan released the raunchy video for their new single “Equinox” and now, their fellow Hub City native Buddy follows up with a single of his own. On “Glitch,” the Harlan & Alondra rapper recruits singer Tinashe to sing the hook on the aggressive, boastful track.

Buddy comes in hostile from the jump, barking, “System got a glitch, bitch / Money comin’ in, it got an itch, bitch.” He continues in that vein for the rest of the song, never letting up for an instant. Tinashe comes in on the hook to accentuate his braggadocious stance, chanting the refrain: “Money bags, cash cars, clothes / Hunnid racks, stack tall, woah.” Incidentally, the two artists were labelmates on RCA until Tinashe took her leave last year.

“Glitch” is the fourth single from Buddy’s delayed second studio album, following “Black 2,” “Faces” featuring Lucky Daye, and “Ain’t Sweet” with Matt Ox. Despite the steady stream of new tracks, the follow-up to Harlan & Alondra doesn’t have a release date or even a title yet. However, that doesn’t mean there’s been a dearth of new Buddy tracks; he and Los Angeles rapper/singer Kent Jamz released their joint project Janktape, Vol. 1 earlier this year, and Buddy has been featured on a number of tracks, including the Dreamville posse cut “Don’t Hit Me Right Now.”