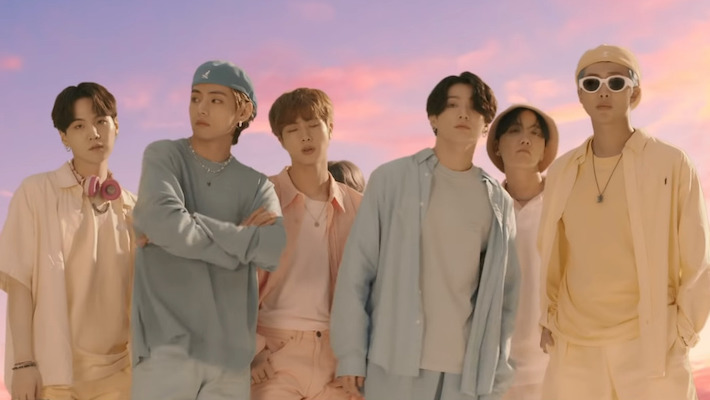 BTS are one of the biggest bands globally, and they’ve increased their stronghold over the American music industry in recent years as well. Their two latest Korean albums — Love Yourself: Tear and Map Of The Soul: 7 — topped the Billboard 200 chart. Before today, they hadn’t had a No. 1 single in the US, though. They came close recently with “On,” which achieved a peak of No. 4 on the Hot 100. Now, however, they’ve done it: The group’s first English-language single, “Dynamite,” debuts at No. 1 on the Hot 100 chart dated September 5.

This is a historic moment for BTS and K-pop more broadly, as “Dynamite” makes BTS the first all-South Korean group to ever top the Hot 100. It’s also their fourth top-10 hit, following “On,” “Boy With Luv” (which peaked at No. 8), and “Fake Love” (No. 10). “Dynamite” is the 43rd song to ever debut on top of the Hot 100. “Dynamite” relegates Cardi B and Megan Thee Stallion’s hit “WAP” to the No. 2 spot on the chart

They become the first all-South Korean group to hit No. 1 in the history of the chart.

The past two days have been great for BTS, as they’re just coming off a tremendous night at the VMAs. They were nominated for four awards, and they won all of them: Best Pop, Best K-Pop, Best Choreography (all for their “On” video), and Best Group.