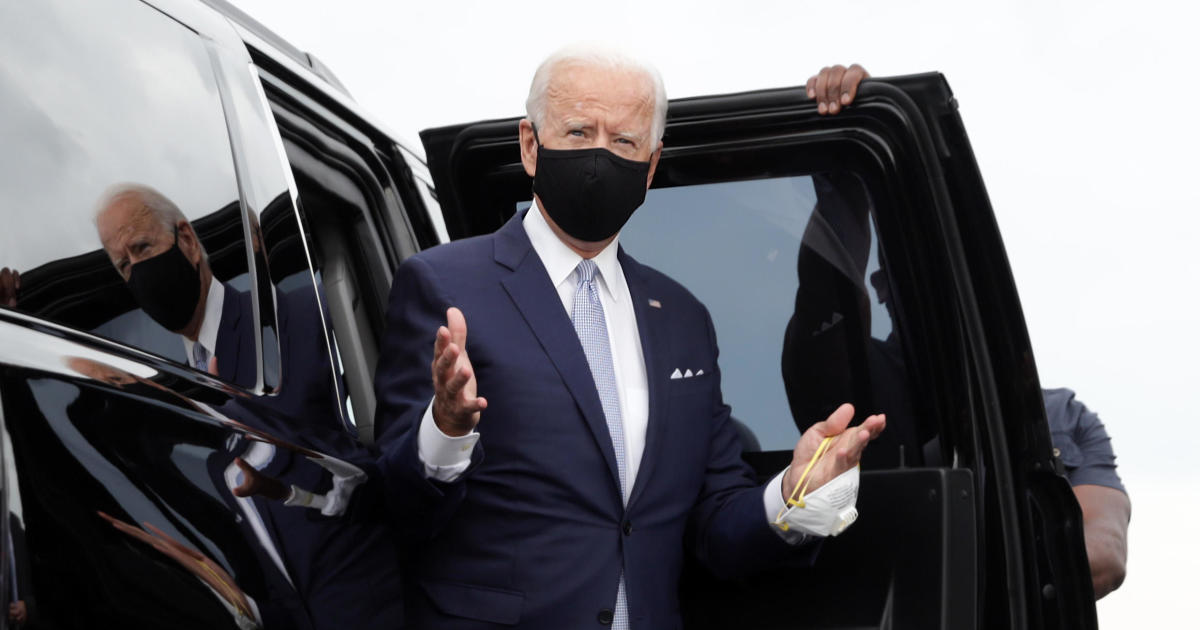 Democratic nominee Joe Biden is traveling to Pittsburgh, Pennsylvania, on Monday, to condemn recent violence in American cities — and point out that it’s all happening on President Trump’s watch.

The former vice president, who remained in Delaware for the Democratic convention and has rarely traveled during the pandemic, is expected to say the president “can’t stop the violence — because for years he has fomented it,” according to excerpts of the speech released by his campaign. The address is scheduled for 1:30 p.m. ET.

Biden launched his campaign in 2019 with a video about the deadly violence in Charlottesville, Virginia, from a white nationalist rally. Now, violent demonstrations have broken out in several cities across the country, as peaceful protests over racial injustices and police brutality continue.

One person was shot and killed over the weekend after a confrontation between a caravan of Trump supporters in vehicles and counter-protesters in Portland, Oregon. The deadly clash came days after two protesters were shot and killed in Kenosha, Wisconsin, allegedly by a 17-year-old who now faces murder charges. Kenosha has been the site of continuing protests and clashes since a police officer shot Jacob Blake seven times in the back. Blake, who is Black, remains hospitalized and is partially paralyzed.

Mr. Trump is set to visit Kenosha on Tuesday over the objections of Wisconsin’s Democratic Governor Tony Evers, who said he is “concerned about what [the president’s] presence will mean for Kenosha and our state.”

On Sunday, Biden released a statement condemning the violence in Portland, and accused Mr. Trump of “recklessly encouraging violence.” Biden plans to say Monday that the president “long ago forfeited any moral leadership in this country.”

“He can’t stop the violence — because for years he has fomented it. He may believe mouthing the words law and order makes him strong, but his failure to call on his own supporters to stop acting as an armed militia in this country shows you how weak he is,” he plans to say, according to the excerpts.

Biden will emphasize the need for justice and safety, simultaneously.

“Does anyone believe there will be less violence in America if Donald Trump is reelected?” Biden will say. “We need justice in America. And we need safety in America.”

The former vice president will also highlight the multiple crises America is facing at once.