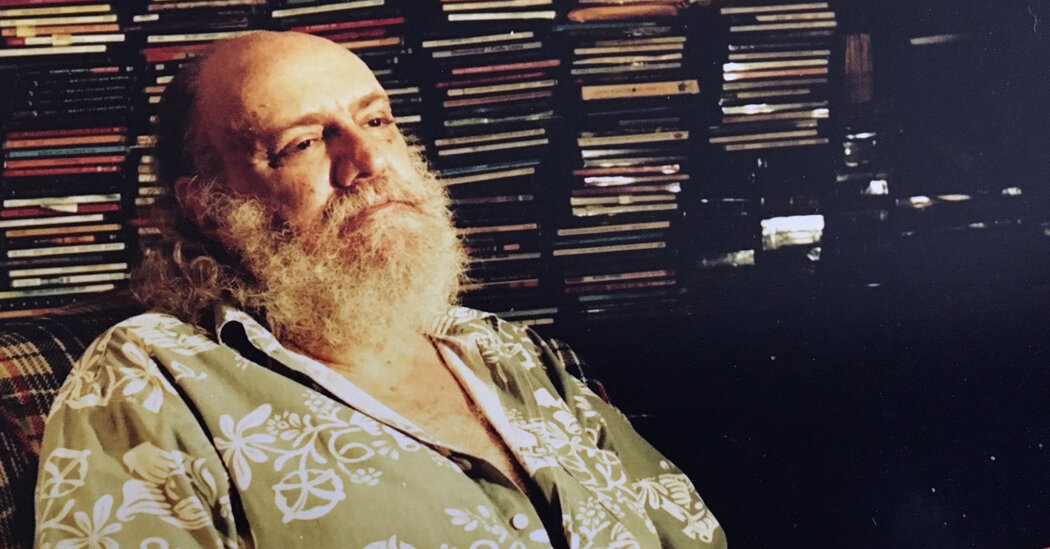 Aldir Blanc wanted to be a doctor and was studying psychiatry in Rio de Janeiro. But he also dabbled in music, and in 1970 he had a chance encounter with a guitarist named João Bosco that changed the course of his life.

That meeting led to a collaboration that would reimagine the boundaries of samba and help turn Mr. Blanc into one of the most revered lyricists of his generation.

The two men began working together, with Mr. Bosco writing the music and Mr. Blanc the words, and helped develop a new form of samba that delved into social issues and politics during the restrictive years of Brazil’s military dictatorship. Mr. Blanc became adept at skirting government censors through allegory and wordplay.

One of the duo’s most famous songs, “O Bêbado e a Equilibrista” (“The Drunk and the Tightrope Walker”), written in 1978, was ostensibly about a Charlie Chaplin film.

The song subtly criticized Brazil’s government and called for the peaceful return of political refugees. Sung soulfully by Elis Regina, it became a kind of amnesty anthem and a popular call for the reinstitution of democracy.

“Crazy and drunk in his bowler hat,” went one lyric, “he was behaving like an irreverent brat at nighttime in Brazil, my Brazil.”

Mr. Blanc died on May 4 at a hospital in Rio. He was 73. His stepdaughter Patrícia de Sá Freire Ferreira said the cause was Covid-19.

“I want to sing our songs as long as I have the strength,” Mr. Bosco, who became one of Brazil’s greatest guitarists, wrote on Facebook after his death. “A person only dies when their legacy dies. And I’m here to make sure the spirit of Aldir lives on. I and all the Brazilians touched by his genius.”

A bearish man with long white hair and a bushy beard, Mr. Blanc was considered a kind of Brazilian Bob Dylan, his songs reflecting the hardscrabble lives and language of the working-class neighborhoods where he lived, according to Hugo Sukman, the author of “Parallel Stories — 50 Years of Brazilian Music” (2011).

He was raised in the northern area of the city, surrounded by a rich samba culture in which he would become a revered figure. For many years, a famous samba bar in Copacabana called Bip Bip has played only Mr. Blanc’s songs on his birthday every year.

Mr. Blanc studied psychiatry at the Federal University of the State of Rio de Janeiro. After graduating in 1971, he worked for three years as a psychiatrist at a hospital, an experience that he would later say informed his lyrics.

From his library in Rio’s working-class suburb Tijuca, surrounded by tens of thousands of books and music albums overflowing from wall-to-wall shelves, Mr. Blanc wrote furiously. Over his lifetime he wrote more than 600 songs, including more than 50 for nationally televised soap operas.

He also wrote 10 books, the best known being “Rua dos Artistas e Arredores” (“The Road of Artists and Its Surroundings”), published in 1978, and “Porta de Tinturaria” (“The Dyer’s Door”), published in 1981, collections of short stories known as “crônicas” that blended fiction with reality. He also co-wrote a book on samba with Mr. Sukman, who is now working on a feature-length documentary about Mr. Blanc called “Ourives do Palavreado” (“Goldsmith of Profanities”), based on recent interviews with him.