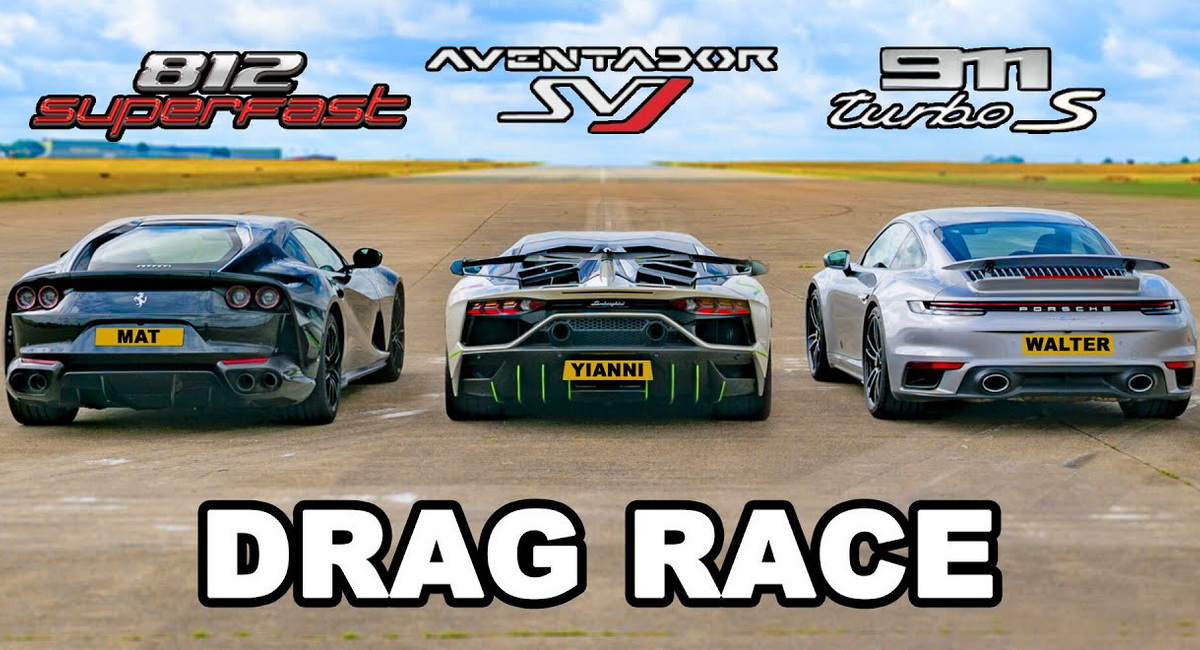 Porsche’s latest 911 Turbo S is already one of the fastest accelerating cars in the world, yet compared to most of its rivals, it might even seem underpowered.

Its 3.8-liter twin turbocharged flat six unit is capable of producing 641 HP (650 PS) and 590 lb-ft (800 Nm) of torque, which doesn’t sound that exciting when compared to what you get with either the Lamborghini Aventador SVJ or the Ferrari 812 Superfast. It almost seems like these two should be in a league of their own.

The thing is, if you’ve already seen the all-new 911 Turbo S take down the McLaren 720S off the line in a quarter mile drag race, then you’ll know not to underestimate its straight line prowess, regardless of how powerful its opponents are on paper.

Read Also: Mysterious Ferrari 812 Spied On The Road, Is It The Hardcore GTO?

Time to pick your winner and wait to see how right (or wrong) you were by the end of the clip.