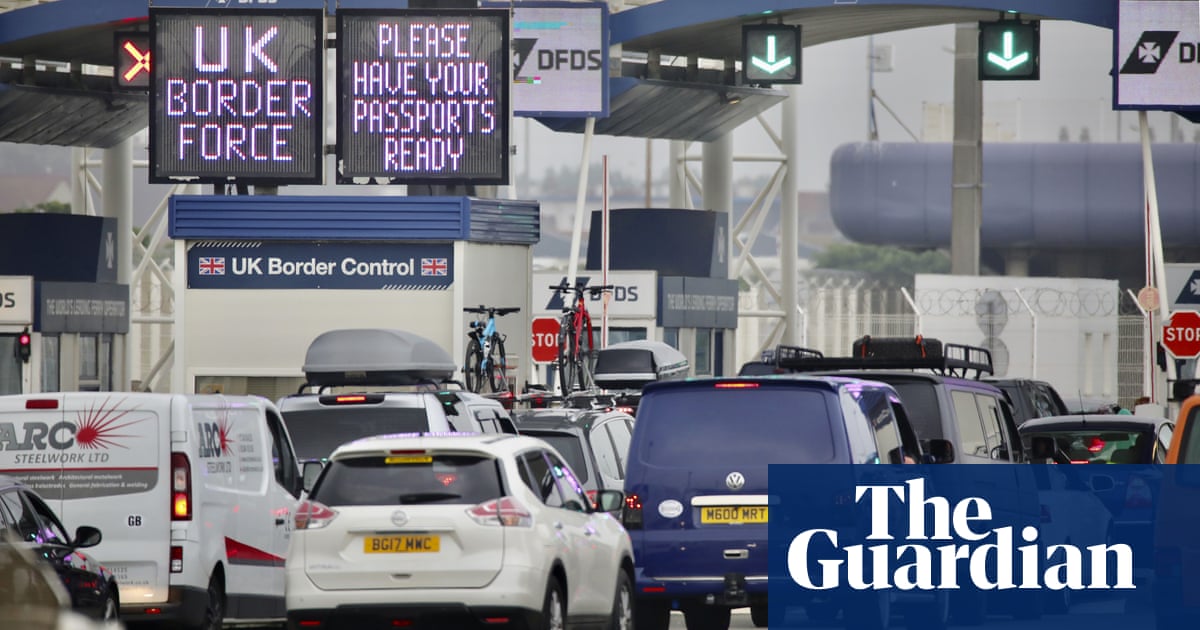 Thousands of holidaymakers scrambled to return from France last night amid chaotic scenes as it emerged ministers rushed forward the imposition of quarantine measures by 24 hours.

It is understood that Downing Street had initially planned for the rules to come into force on Sunday but it was brought ahead to 4am on Saturday after discussions with Holyrood and other devolved administrations, leaving tourists a narrower window to get home.

Scotland, Wales and Northern Ireland are said to have pushed “very firm[ly]” for an earlier deadline during a meeting on Thursday, and met “no resistance” from the UK transport secretary, Grant Shapps.

The move to strip France of its quarantine exemption status came after the country reported at 5pm on Thursday a post-lockdown record daily increase in new coronavirus cases of 2,669 in the previous 24 hours. France is British holidaymakers’ second-favourite destination after Spain, itself subject to quarantine measures brought in with hours’ notice last month.

Shapps announced on Twitter just before 10pm that anyone returning to England after 4am on Saturday would have to self-isolate for two weeks, prompting tourists to curtail their holidays and attempt to return home.

They faced spiralling costs, with airfares more than six times higher than normal in some cases, and the cheapest Eurostar tickets available on Friday morning priced at £210.

Adding to the confusion, some holidaymakers in France booked trips back to the UK for later on Saturday after watching Shapps apparently give out the wrong information during a TV interview on Thursday evening.

In a slip-up that appeared to be indicative of a last-minute change of plan, Shapps said in a broadcast clip that returning holidaymakers would have to quarantine from Sunday – when measures were in fact coming into force the previous day. A Department for Transport source admitted the minister made a “slight slip” but claimed he realised the “possible confusion” caused by his comments and requested for that part of the clip not to be broadcast.

In at least one case, a holidaymaker bound for France turned up at the Eurostar terminal in London on Friday morning unaware of the new rules.

Meanwhile, motorways in northern France on Friday were crammed with UK residents racing to get home, many of them unhappy. “Twenty-four hours, a lot of miles, a lot of stress and a lot of money down the drain,” said Michelle Lawfull. “Don’t get me started on this government. It’s not printable.”

Holidaymakers Stuart and Anna Buntine spent nearly £1,000 to make it home via Eurostar from Burgundy. Stuart Buntine, 58, said: “I went to bed last night thinking it was all OK, woke up at 7am to find we had to get back here pretty sharpish. We couldn’t get tickets, all the sites had crashed … we had to buy business class tickets back today so it’s cost nearly £1,000.” Anna Buntine added: “We left here with our eyes [open] knowing that it was a possibility, so we decided we’d take that risk.”

Shapps confirmed at 9.54pm that France, Monaco, the Netherlands, Malta, the Turks and Caicos Islands and the island of Aruba, both in the Caribbean, were being removed from the UK’s travel corridor list from 4am on Saturday.

It was one of a string of late-night government announcements since the daily Downing Street coronavirus briefings were ditched in June.

Last month Matt Hancock, the health secretary, tweeted fresh lockdown measures for parts of northern England less than three hours before they were imposed from midnight, on the eve of Eid. This week a new appeals process for A-levels was hastily published late on Tuesday as ministers sought to stave off a growing crisis.

Devolved administrations have individual powers on whether or not to remove countries from the travel corridor list but England, Scotland, Wales and Northern Ireland all decided last Thursday to announce the imposition of quarantine measures on arrivals from Belgium, Andorra and the Bahamas.

The latest measures were announced after evening discussions between the devolved nations, with No 10 initially intending to have them kick in on Sunday, which would have allowed more time for people to get home.

Asked whether Holyrood had pushed for the deadline to be brought forward at the Scottish government’s daily briefing, Nicola Sturgeon said that her justice secretary, Humza Yousaf, had been on the four-nations call on Thursday night, but added: “It’s common sense that you would want to impose a requirement that you’re being told is necessary to keep the virus out of Scotland as quickly as possible.”

Sturgeon insisted that travellers had to be aware of the risks involved if they chose to travel overseas: “I can’t guarantee to you that if you go to country X today with one set of rules in place, then the same rules will still be in place when you’re due to come back from that country.”

Yousaf said “I don’t intend to divulge the conversations that would take place in a four-nations call but we make no apologies for often on these calls pushing everybody and ensuring all the other nations try to implement these changes as quickly as we possibly can, for the sake of public health and no other consideration but public health.”

The shadow home secretary, Nick Thomas-Symonds, said: “this latest episode is yet another example of the government failing to show the necessary strategy, grip and coherence when dealing with this issue. This has been the case from the outset: it’s travellers and businesses that are paying the price.”

The TUC general secretary, Frances O’Grady, intervened to demand that ministers reassure holidaymakers they will receive financial support if they have to quarantine by arriving home after the deadline. “Lots of Brits are currently on holiday in France. They will be worried about what this means for them and their families,” she said.

“That means asking employers to do the right thing and pay quarantined workers their full pay. And it means it ensuring that everyone is eligible for statutory sick pay – paid at at least the rate of the real living wage of £320 a week.