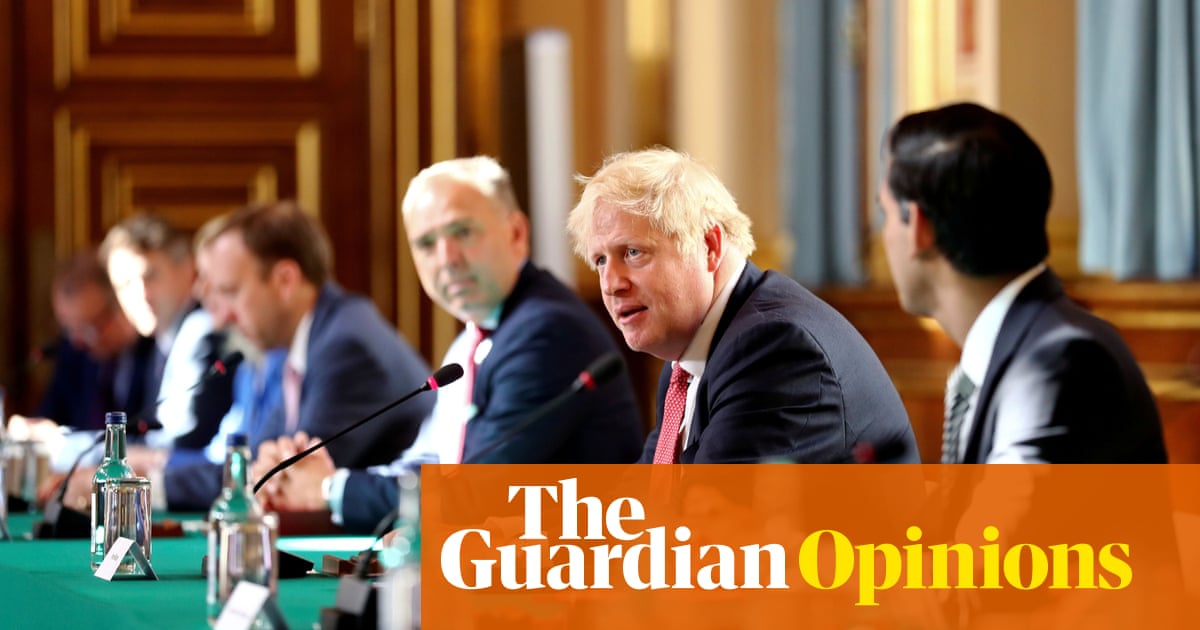 To learn from mistakes it is necessary first to admit them, which appears sadly to be beyond the capability of Boris Johnson’s government. Months have elapsed since the coronavirus crisis began, and the response is still marked by U-turns, confusion and improvisation.

For example, it was clear early on that mass contact tracing would be a necessary condition for restoring a semblance of normal activity. The government could not reasonably be expected to conjure such a system out of thin air in March. The prime minister promised it would be complete and “world-beating” by June. It is now August. The rest of the world is not looking at Britain’s pandemic containment strategy with envy.

Earlier this week, the department for health confirmed that a portion of the national contact-tracing workforce would be reallocated to help local authorities that have been operating separately. That was an admission that the centralised system administered by private sector outsourcing companies has failed to do the job as efficiently or diligently as the public sector at local authority level. Research had found that national call-centre and online tracers were tracking down an average of 56% of people’s contacts; council staff were reaching 98%. That disparity had been obvious to almost everyone on the frontline of the battle against Covid-19, except those at the heart of government, who had invested too much pride and public money in the centralised, privatised approach.

Thankfully, evidence prevailed in the end and the necessary U-turn was performed. It might have come sooner if the government were not quite so steeped in ideological suspicion of the public sector in general and local government in particular. (Meanwhile, promises of a world-class contact-tracing app are still unfulfilled.)

Sadly, this has been the pattern also in policy areas indirectly affected by the virus. When public exams were first cancelled, no one blamed the government for lacking an instant plan to award grades fairly. The problem was newly generated and unprecedented. That was March. Four months later the release of English A-level results is mired in chaos as ministers hastily carve out avenues for appeal and re-evaluation of marks that are deemed too lenient by some and unfairly harsh by others.

The Department for Education even had advance notice from Scotland that this issue would blow up, since it detonated in Edinburgh a week earlier, yet still students, parents, teachers and universities have struggled to find logic or consistency in the government’s position. Dealing with cancelled exams was inevitably hard. It did not have to also be a shambles.

None of this invites confidence in the government’s handling of a potential second wave of infection, still less the sharpest recession since records began. Downing Street deploys three defences against charges of ineptitude. First, flat-out denial. Second is an appeal to precedent, or rather the lack of it – a crisis unlike anything faced in peacetime. Third comes blaming the machinery of the government – a tale of well-intentioned ministers frantically pulling faulty Whitehall levers.

It is true that the civil service was unprepared for a pandemic before politicians added their own faulty judgement to the mix. But it is an abdication of responsibility to cast the cabinet as victims of a dysfunctional state. The catalogue of error is too long and the chain of command too short for that to be the explanation. A clunky procurement system and inter-agency confusion might well have contributed to the shortage of personal protective equipment at the start of the crisis, but that doesn’t account for the awarding of a £252m contract to a company with no experience in the field, that provided useless kit, and that belongs to a man who advises the government. That reeks of sleaze, not administrative bottleneck.

The sheer scale of the challenge posed by the coronavirus meant some ministerial missteps in the early stages were unavoidable. That does not make them all forgivable. And the record of failure is too consistent and the human cost too high to justify extending any benefit of the doubt to an administration that is more interested in deflecting blame for governing badly than in learning how to govern well.