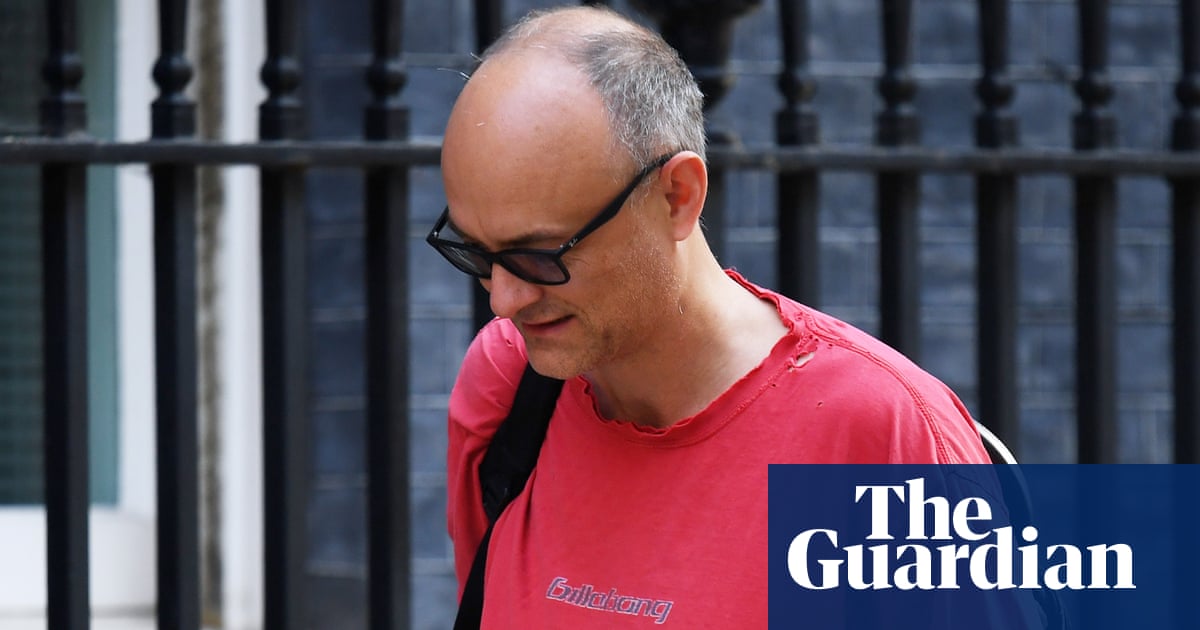 A group of MPs has demanded Downing Street clarify Dominic Cummings’ role in the defence and foreign policy review, saying it is unclear who is in charge of the exercise.

The defence select committee complained of a lack of “clarity and transparency” and called on No 10 to set out what role special advisers led by Cummings, the prime minister’s chief aide, will play in the review, which is designed to set national security priorities for the next five years.

Tobias Ellwood, the chair of the committee, said the review “should not take place behind closed doors” and complained that there was little evidence that external stakeholders had been consulted so far.

Although he did not name Cummings directly, Ellwood, a Conservative MP, said it was unclear who was directing the review’s conclusions. “A number of unknowns remain, including the key players at the heart of the review,” he said.

The committee asked Downing Street to explain “how and when” Boris Johnson would become involved, as well as other senior ministers, and what role would be played by political advisers such as Cummings.

“We seek clarity,” the committee members wrote. “What role the No 10 policy unit and specialist advisers will play in the review process?”

The review has been beset by accusations that it is being driven by Cummings, who is being given a personal tour of the military’s most sensitive sites, including the SAS headquarters and Porton Down research labs, organised for him by Ben Wallace, the defence secretary.

Before taking up his job at Downing Street, Cummings accused the Ministry of Defence in a blogpost of “continuing to squander billions” on the £6.2bn procurement of two aircraft carriers that he said enriched “some of the worst corporate looters”.

He argued it would be better for the military to invest in swarms of tiny drones, causing alarm in the defence establishment which has long focused on expensive heavy equipment procurement programmes in land, sea and air.

The cross-party group of MPs also asked how the prime minister’s newly appointed national security adviser, David Frost, would be involved in the process, and warned that the already complex exercise may not match up to its billing.

“Number 10 has described the integrated review as the most comprehensive policy review since the end of the cold war; however, we are concerned that the gap between this expectation and reality is widening,” Ellwood said.

The committee said it was unclear whether the review would produce “one, two or three documents” and whether it would include “a distinct foreign policy strategy or whether this will be combined with a national security strategy”.

Members also expressed “surprise” that Johnson had taken the controversial step to merge the Department for International Development with the Foreign Office before the exercise had barely begun.

Announced after the election and before the coronavirus crisis hit, the integrated review is the latest in a series of five-yearly defence reviews conducted by the government. It was paused at the height of the pandemic and gradually restarted with the expectation that it will conclude later this year.

Apparently concerned at how No 10 would respond to criticism, Ellwood said he hoped that the defence committee would “not be viewed an adversary of government, but instead as a constructive critic and contributor”.