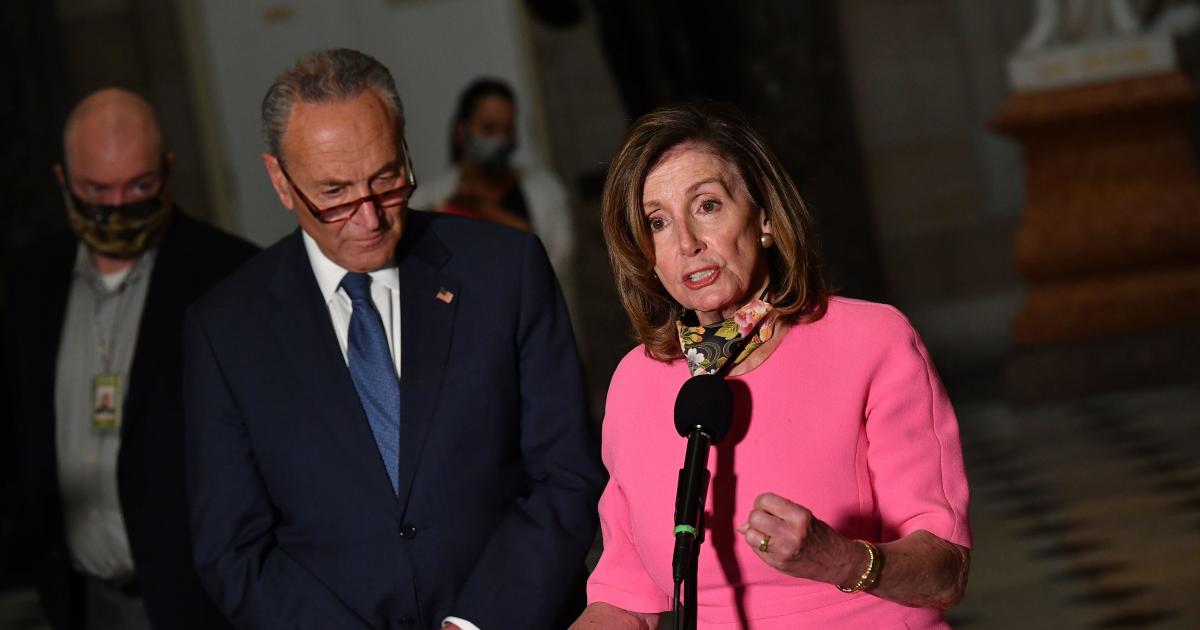 Washington — Congressional Democrats and White House officials remain at an impasse over another round of coronavirus relief, with Speaker Nancy Pelosi and Senate Minority Leader Chuck Schumer saying Wednesday that they’ll only resume negotiations if the White House and Republicans are willing to consider a larger bill.

In a statement, Pelosi and Schumer said Treasury Secretary Steven Mnuchin had made an “overture” to meet, but added that “the White House is not budging from their position concerning the size and scope of a legislative package.” Mnuchin and White House chief of staff Mark Meadows met with Pelosi and Schumer repeatedly in recent weeks to try to come to an agreement but talks collapsed on Friday. President Trump then took executive actions aimed at providing some additional unemployment relief, but the feasibility of implementing the aid remains in question.

House Democrats proposed and passed a $3.4 trillion bill in May, while Senate Republicans offered their own $1 trillion proposal last month. Schumer and Pelosi told reporters that they offered to lower the price tag by $1 trillion if Republicans would raise theirs by $1 trillion, bringing the relief bill to around $2 trillion. Mnuchin and Meadows, who are leading the White House side of negotiations, refused.

“Democrats have compromised. Repeatedly, we have made clear to the administration that we are willing to come down $1 trillion if they will come up $1 trillion. However, it is clear that the administration still does not grasp the magnitude of the problems that American families are facing,” Schumer and Pelosi said in their statement on Wednesday. They argued that Republicans need to “take this process seriously.”

“We have again made clear to the Administration that we are willing to resume negotiations once they start to take this process seriously. The lives and livelihoods of the American people as well as the life of our democracy are at stake,” they said.

A senior administration official told CBS News on Tuesday that the White House wasn’t expecting the resumption of talks this week. The president has expressed a willingness to negotiate, tweeting on Monday that Pelosi and Schumer “know my phone number” if they “want to make a deal.”

Lawmakers have been quick to trade blame for the lack of movement on a bill, as millions remain unemployed or under threat of eviction. Until a deal is reached, the Senate is unlikely to vote on any legislation related to the virus, as Senate Majority Mitch McConnell has said he will not bring House Democrats’ proposal to a vote on the floor.

The Senate adjourned after just under two hours in session on Wednesday.