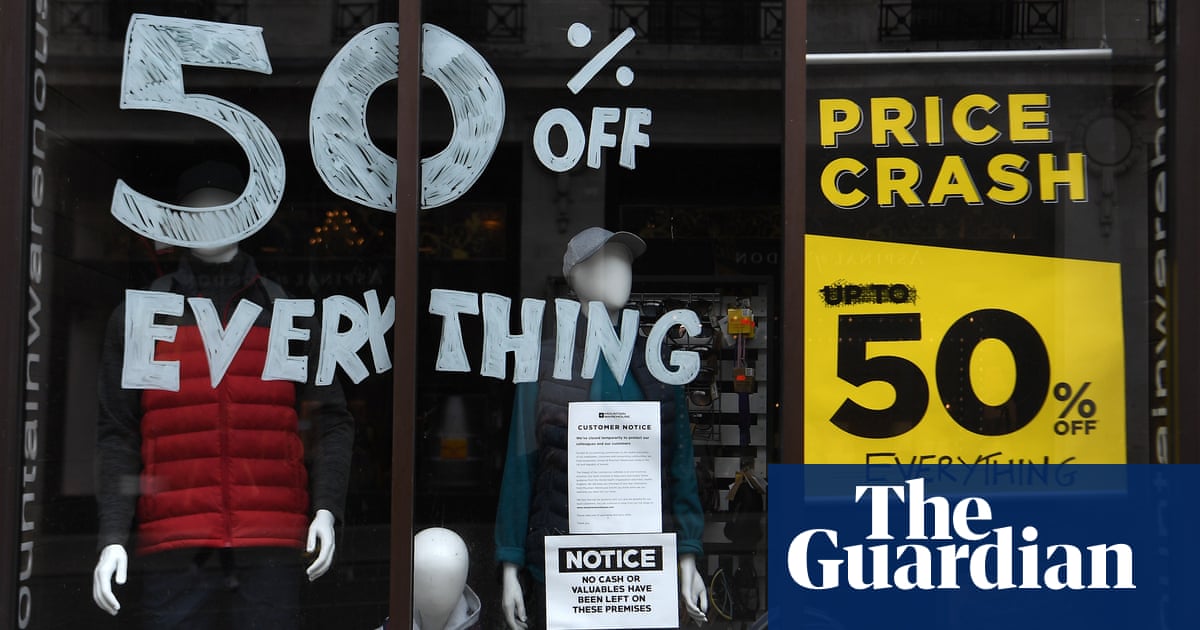 Britain’s economy has been officially confirmed in recession for the first time since the 2008 financial crisis as the coronavirus pandemic plunges the country into the deepest slump on record.

The Office for National Statistics said gross domestic product (GDP), the broadest measure of economic prosperity, fell in the three months to the end of June by 20.4% – the biggest quarterly decline since comparable records began in 1955.

After a decline of 2.2% in the first quarter, the figures confirm the UK economy plunged into recession after the outbreak spread in March and the government imposed a nationwide lockdown to contain it. Economists consider two consecutive quarters of shrinking GDP as the technical definition of a recession.

However, monthly figures for the economy indicate that Britain’s economy continued to recover from the pandemic in June as lockdown measures were gradually relaxed and pent-up demand fuelled a rise in consumer spending. GDP grew by 8.7% on the month – faster than expected by City economists.

The latest snapshot confirmed growth returned in May and strengthened in June, although not by enough to offset a dramatic collapse in output in April during the first full month of restrictions on business and social life, which was deep enough to push the economy into negative growth across the quarter.