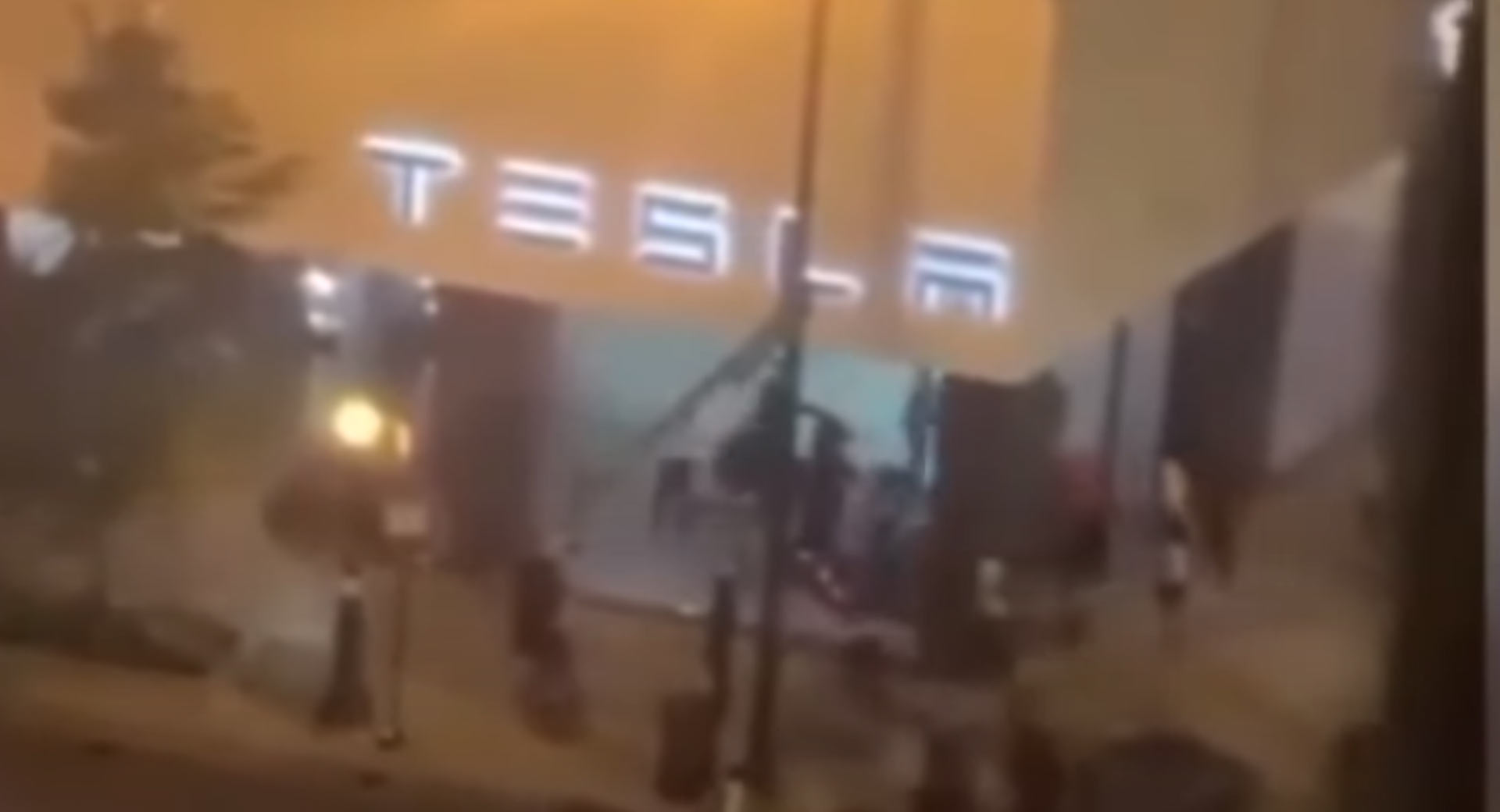 According to the department, officers responded to a report about a person with a gun and attempted to make contact with a suspect matching the description given by a witness. The suspect reportedly fled and fired multiple shoots at police. Officers returned fire, striking the man and wounding him.

A number of stores were hit including Macy’s, Gucci, Nordstrom and “other high-end clothing, jewelry and watch boutiques.” Newsweek adds that Lamborghini and Tesla dealerships were also hit as well as a Best Buy and an Apple store.

In the Tesla break in, rioters apparently used a stolen Audi to smash through a window. However, it remains unclear if any Tesla vehicles were stolen or destroyed.

In the ensuing chaos, two people were shot including a security guard. 13 police officers were also injured and more than 100 people were arrested.

Chicago Police Department superintendent David Brown described the incident as “pure criminality” and not an organized protest. Police also said people appeared to be using social media to organize the looting of the downtown area.

This appears to be backed up by witness who talked to ABC 7 as they described the looting and vandalism a “coordinated effort.”  In particular, they said there were multiple cars dropping off groups of people who would then conduct a ‘smash-and-grab” and flee before police could arrive.