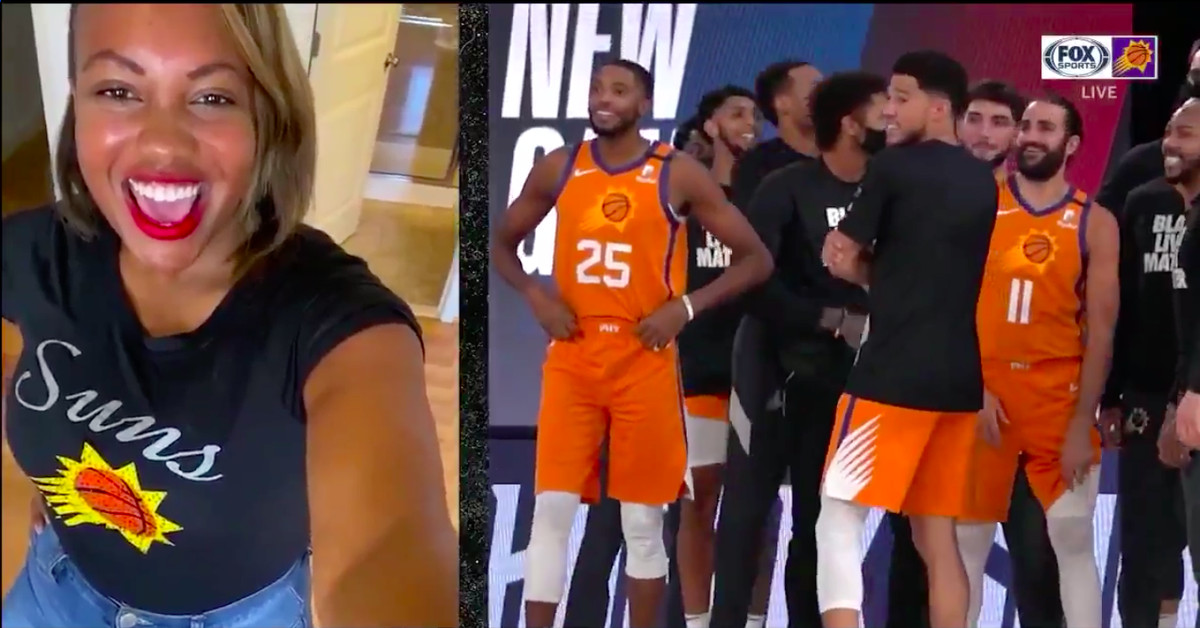 The Phoenix Suns have been the best story of the NBA’s restart bubble. Phoenix faced long-shot odds to reach the Western Conference playoffs from the time they entered the bubble, but they’ve given themselves a chance by going undefeated through their first six games.

Devin Booker is playing like a superstar, Deandre Ayton is making strides at both ends of the court, and Mikal Bridges looks like he could turn into one of the league’s top wing defenders. There are a ton of feel-good vibes around the Suns right now, and they added even more ahead of Tuesday’s game with the Philadelphia 76ers.

The Suns surprised their players by having their family members announce them in the starting up. The joy on their faces makes this one of the best moments of the bubble:

Did anyone else get a little choked up watching that? Guilty.

NBA players have been away from their loved ones since they entered the bubble, which is so hard even for millionaire professional athletes. The Suns even got Booker’s friend Jenna Warren to announce him.

The whole thing makes us root for the Suns that much more.