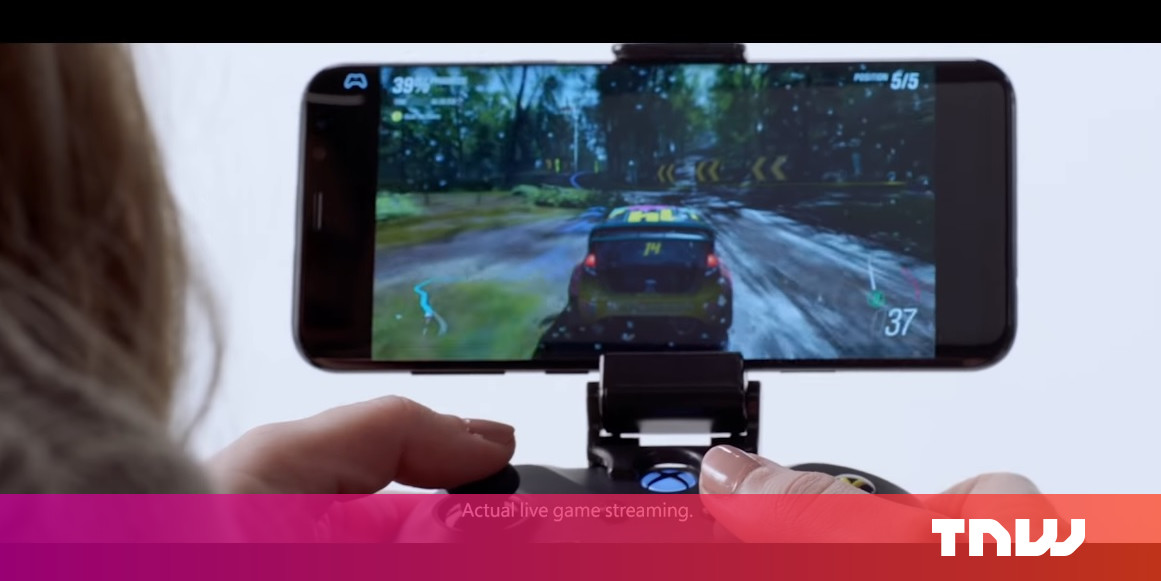 Mommy and Daddy are fighting again — by which I mean, the big tech companies are fighting over their ventures into mobile gaming. This time, it’s Microsoft, Google, and Facebook are taking Apple to task over its restrictive app policies, which might keep several gamers from playing games on their iPhones and iPads.

As you might be aware, several tech companies are trying to get their cloud gaming services off the ground. The conceit is that you’ll be able to play your games anywhere, on any of your devices rather than being bound to one console. Even if you’re not wholly sold on the idea, you gotta admit it’d be pretty interesting to try and play the new Gears of War or maybe Destiny 2 on your phone or smart TV. Microsoft has gone all in on its cloud gaming service, xCloud, which is finally coming to Xbox Game Pass subscribers this September. Google launched its version, Stadia, last year.

You’ll be able to play over 100 great games on your Android mobile device from the cloud (Beta) with @XboxGamePass Ultimate. Available September 15th in select markets. ​https://t.co/1uo77AwZCi pic.twitter.com/BFcJzGmqHP

Unfortunately, we now know that, thanks to Apple, there’s at least one set of devices on which you won’t be able to do your cloud gaming. Because of App Store restrictions, Stadia and xCloud won’t be available to download there any time soon.

Microsoft released a preview for xCloud on iOS, but has since revealed it won’t be returning to Apple devices for the foreseeable future. To be more specific, Xbox Game Pass won’t be available as a dedicated app, meaning you won’t be able to access xCloud via the app as you soon shall on Android. Similarly, Google Stadia has never appeared on the App Store, aside from a rather pointless account app that doesn’t let you do anything. Ditto for the app for Nvidia GeForce Now, another cloud gaming service — it’s Android-only, and when asked by Bloomberg why the app wasn’t available on iOS, a spokesperson responded, “Ask Apple.”

An Apple spokesperson justified the decision in a statement to Business Insider, saying, “Our customers enjoy great apps and games from millions of developers, and gaming services can absolutely launch on the ‌App Store‌ as long as they follow the same set of guidelines applicable to all developers, including submitting games individually for review, and appearing in charts and search.” It has also allowed apps such as Steam Link and PS4 Remote Play onto the App Store (albeit the developers of those apps had to put up a bit of a fight).

So where does Facebook fit into it? Facebook has been trying for quite some time to get its standalone Facebook Gaming app onto the App Store. It’s been repeatedly denied, as the app supposedly violates the rule against apps that are dedicated storefronts for things like games. As COO Sheryl Sandberg told the New York Times: “Unfortunately, we had to remove gameplay functionality entirely in order to get Apple’s approval on the stand-alone Facebook Gaming app.” So needless to say, Facebook‘s not pleased with Apple’s restrictions, either.

As for why Apple’s doing this, the prevailing theory is that it’s trying to keep the focus on its in-house software. Aside from its Arcade subscription service, Apple also makes money from individual games sold through the App Store. So an app that essentially offers you the chance to purchase and play games might rob Apple of the chance to get its due. Whether that’s true or not, it would seem Apple’s being a bit strict with regards to other tech companies’s gaming services.

Still, Microsoft at least is apparently not giving up on its goal to get xCloud on iPhones. A spokesperson told The Verge: “We are committed to finding a path to bring cloud gaming with Xbox Game Pass Ultimate to the iOS platform. We believe that the customer should be at the heart of the gaming experience and gamers tell us they want to play, connect and share anywhere, no matter where they are.”