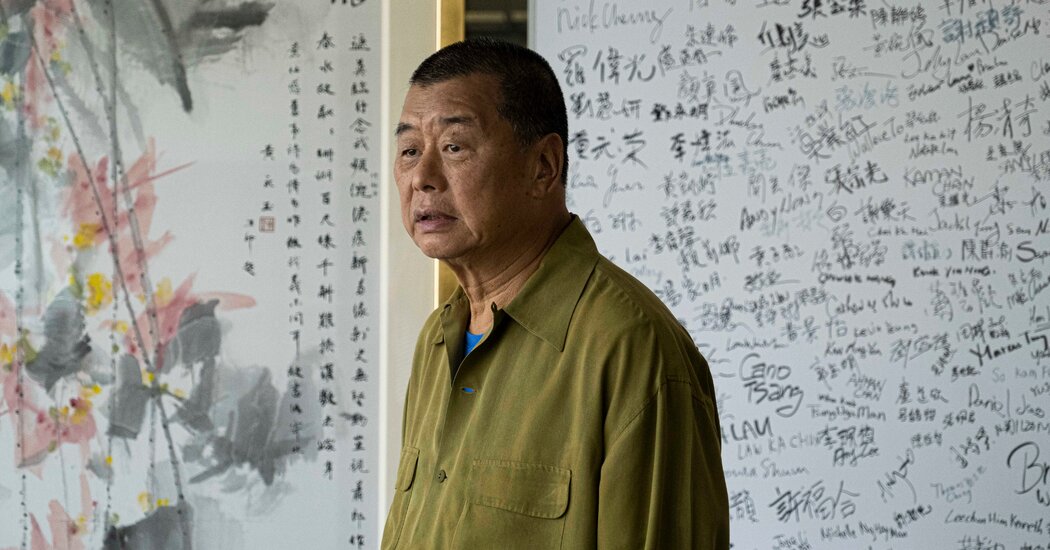 HONG KONG — The Hong Kong police on Monday arrested Jimmy Lai, the media tycoon and critic of the Chinese Communist Party, on charges of violating the territory’s new national security law, making him the most high-profile target of the sweeping legislation imposed by Beijing.

Apple Daily reported Monday that Mr. Lai, 72, was being investigated on charges of collusion with a foreign country or external elements.

Mark Simon, a senior executive with Next Digital, said that Mr. Lai had been arrested along with Mr. Lai’s two sons. They were also charged for violations of company business code. He noted that Mr. Lai’s sons were not affiliated with Apple Daily, which suggests that the authorities are investigating Mr. Lai’s private investments.

A number of senior Next Digital employees were also being questioned at their homes, Mr. Simon said. The Hong Kong police said in a tweet that so far, seven people had been arrested on suspicion of violating the national security law.

The publishing mogul was previously arrested in February and accused of participating in an unauthorized protest last year. He faces charges for joining an unauthorized vigil on June 4 to mark the anniversary of the 1989 Tiananmen crackdown by Beijing.

His arrest on Monday is his first under the new security law, which gives the authorities broad powers to target what they view as secession, subversion, terrorist activities and collusion with foreign powers.

Mr. Lai previously said he believed the new law would be used against him. Soon after he first wrote about the new law, the Communist Party-owned Global Times newspaper cited mainland experts who said his tweets had provided “evidence of subversion.”