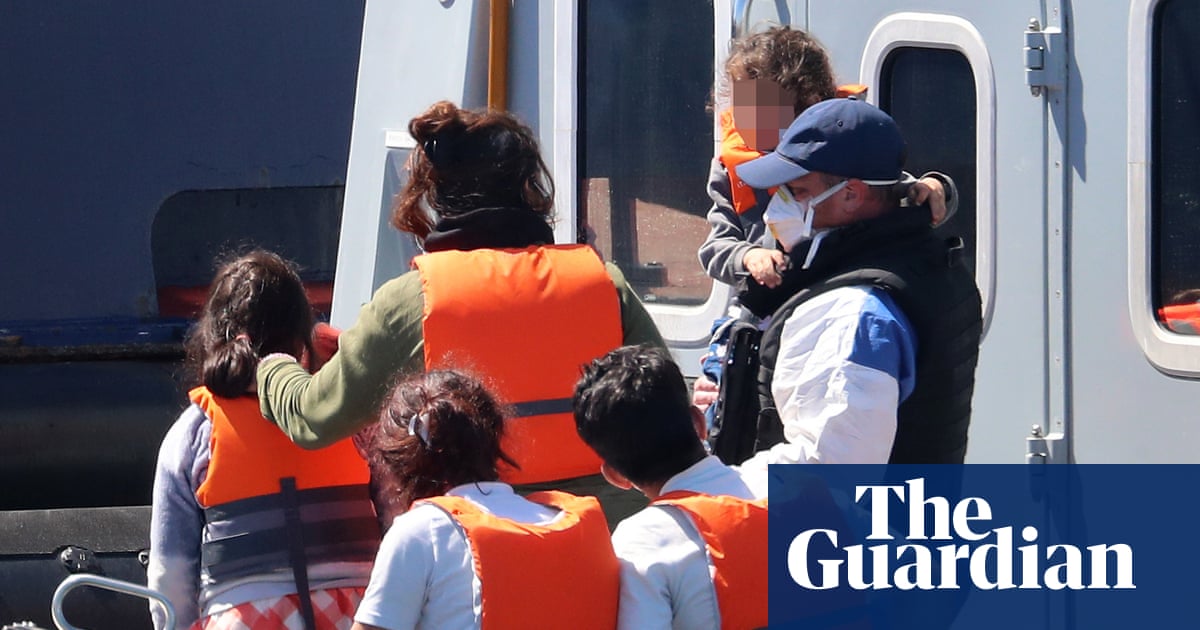 Priti Patel’s plans to use the navy to tackle the growing number of migrants crossing the Channel from northern France would be unlawful and dangerous, lawyers have warned.

Thursday was a record day for small boat crossings, with 235 people identified in 17 separate incidents. More than 2,000 people are said to have entered the country by this route in June – more than four times the known total of 500 for the whole of 2018.

The home secretary told MPs she obtained legal advice that sending in the navy would be permitted under international maritime law. But one Ministry of Defence source told PA Media it was a “completely potty” idea. The French government has already told Britain it believes the move to be illegal.

The UK Border Force has a fleet of five cutters and six coastal patrol vessels. If Patel’s proposals are implemented it is unlikely that navy boats would have any different powers from the current Home Office fleet. The navy is understood to have three offshore patrol vessels which are currently deployed on fishing patrol duties.

Bella Sankey, a qualified barrister and director of Detention Action said: “The home secretary’s hysterical plea to the navy is as irresponsible as it is ironic. Pushbacks at sea are unlawful and would threaten human lives.

“No civilised country can even consider this, let alone a country with a tradition of offering sanctuary to those fleeing persecution. Our armed forces defeated nazism and paid in blood for the refugee convention signed after the horrors of the second world war – as if our military could be deployed to frustrate its central objective.”

“The French authorities would need to agree to accept any returns and because of the variety of hard Brexit sought by the UK government, the current returns arrangement, called the Dublin regulation, is ending on 31 December 2020, with no sign of any replacement being negotiated. It will become harder to return migrants to France in 2021, not easier.”

Dr Maurice Stierl, migration researcher at the University of Warwick with extensive experience of the situation for migrant boats in the Mediterranean, said the English Channel crossings are extremely dangerous journeys, not least due to strong currents and the intense maritime traffic along the routes.

“Given that migrants often travel on small and unstable boats and are very inexperienced at sea, everything has to be done to guarantee their safety and immediate rescue, which is also an obligation under maritime laws and conventions.

“The measures proposed by home secretary Patel do the opposite – if enacted they would delay rescues and endanger vulnerable migrants seeking protection. The home secretary appears to have been inspired by mass push-back operations in the Mediterranean Sea, where migrants are routinely forced back and prevented from reaching Europe, in breach of maritime laws and human rights conventions. Lives have been lost in consequence and enacting similar deterrence measures in the Channel could have similarly disastrous consequences.”

MPs on the home affairs select committee have announced an inquiry into the rise in migrants crossing the Channel in small boats, the role of criminal gangs and the response of the English and French authorities.