Gerry brings a snake skin home to his mother one day, hoping to scare her. Instead she stares at it wistfully. “It must be an incredible feeling,” she says. “Imagine being new again.”

Almost everyone in Australian journalist and poet Anna Krien’s hugely impressive first novel, which connects an Iraqi brothel, a Melbourne street piano and a North Dakota pipeline protest, hopes to slough off a traumatic past. Act of Grace begins with Gerry’s father Toohey, who is discharged from the Australian army after a friendly fire incident in Baghdad in 2003. He works dead-end jobs and boils with rage and anxiety. Every few months, a fragment of shrapnel works its way out of his scarred neck.

Toohey’s story overlaps, briefly but tellingly, with that of Nasim, the daughter of two members of the Baghdad intelligentsia. Hers is a childhood of horse rides and parties where alcohol and poetry flow. “Uncle” Saddam is an occasional visitor, his gifts thrilling Nasim, but worrying her parents. When they fall from favour, Nasim must survive first the thuggish advances of Uday Hussein, and then the arrival of the US-led coalition. 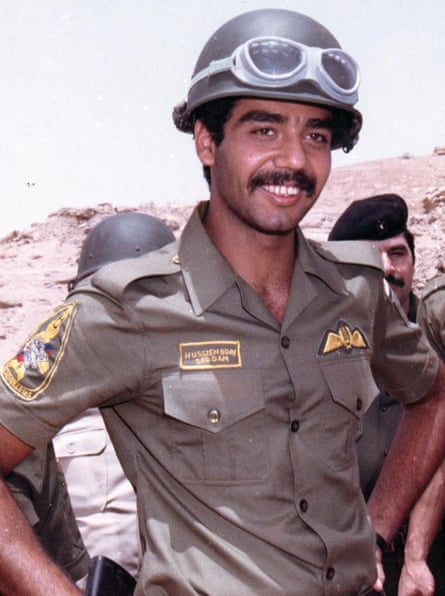 Uday Hussein during the invasion of Kuwait. Photograph: AFP/Getty Images

Years later, Nasim meets a girl called Robbie in Melbourne, inspiring an art project in which the young Australian dons an abaya. Nasim also forges a connection with Robbie’s father Danny, who is slipping into dementia.

It’s unsurprising to see Krien tackle big issues. Her nonfiction has followed the battle for Tasmania’s forests (Into the Woods) and the rape trial of an Australian rules footballer (Night Games). But it’s startling to read a first novel that gathers so much and travels so far, yet flows so effortlessly. Krien writes brilliantly, channelling indelible images: soldiers touching down in Australia, feeling anywhere but home; Saddam’s smile on greasy dinar notes; a younger Danny boxing so gracefully he seems to “repel light and flatten shade”.

Act of Grace is deeply immersed in global politics, but its focus is the ripples that run out from invasion, bigotry and protest, through lives and down generations. Krien resists easy conclusions, following her flawed characters with sharp, sympathetic eyes, before leaving them without fanfare, still compromised and still uncertain, but with the chance to rework the angry echoes of the past into a song of their own.

• Act of Grace is published by Serpent’s Tail (£14.99). To order a copy go to guardianbookshop.com. Delivery charges may apply.