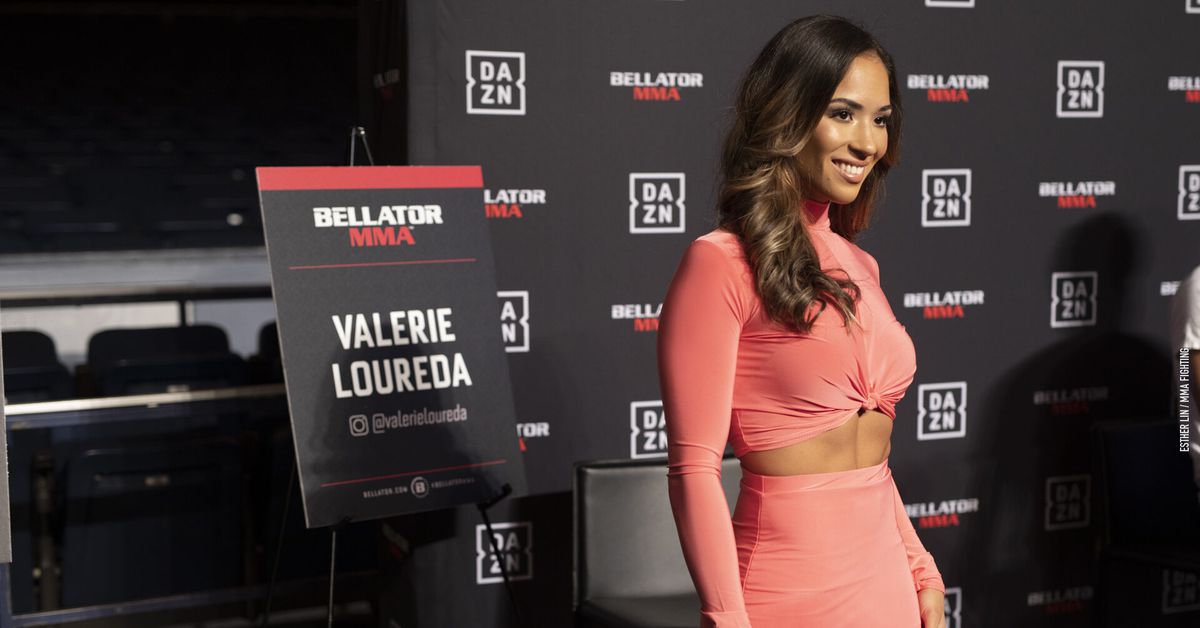 Ahead of her third professional fight on Friday night, Valerie Loureda wants to set the record straight.

Loureda is set to take on Tara Graff at Bellator 243, which takes place at Mohegan Sun Arena in Uncasville, Conn.

The 22-year-old is very active on social media which has sparked a lot of debate among both fans and fellow women’s competitors in terms of how Loureda markets herself. Whether she’s wearing a bikini, or dancing in a video, the American Top Team flyweight is only doing it for one person: herself.

“I don’t do anything for social media,” Loureda told reporters at the Bellator 243 virtual media day. “I do things for myself. For example, I am an extreme girly-girl outside of the cage. So the way that I market myself, it’s not for social media and it’s not for men. This is the way that I look. I’ve worked my whole life to have this body, to have this figure—I was a ballerina, I’ve been a martial artist.

“I think that’s where people mistake. It’s not for social media. I am the way that I look like, but I’m also a fighter. What does one thing have to do with the other? Just because I look different than other martial artists doesn’t make me any different. It’s my identity, this is why Valerie Loureda is different.”

One fighter that has taken exception to Loureda’s marketing strategy is UFC bantamweight Macy Chiasson, as seen in a quote tweet from May reacting to a video where Loureda was dancing following a training session.

Is this the message we want to continue to convey to not only our future leaders but to the disgusting already misogynistic dudes out here.

Are we here to fight and be role models or are we here for male followers and strip teases.#bringwmmaback https://t.co/vzPMYtZllI

For those that feel the same as Chiasson, Loureda doesn’t necessarily mind the criticism because they don’t know who she truly is.

“It’s just jealousy and they’re not educated in that aspect. They’ve never seen it before and they can’t handle it. But they will when they see me fight in the cage.”

“Master” had her first two professional fights under the Bellator banner in 2019. In February, Loureda picked up a first-round TKO win over Colby Fletcher at Bellator 2016. Four months later, she improved to 2-0 after picking earning a unanimous decision over Larkyn Dasch at Bellator 222.

After over a year away from competition, Loureda feels the hard work she’s put in at the gym will wash away any ring rust.

“I haven’t been competing in the (Bellator) cage, but I’ve been sparring like crazy at home. ” Loureda said. “I did Joanna (Jedrzejczyk’s) camp for that fight (with Zhang Weili at UFC 248), and then quarantine happened so I think I’ve been doing this for so long that I don’t feel like it’s been a year. It feels like three months since my last fight and I feel fresh.”

Graff makes her promotional debut after competing under the King of the Cage banner for her first two bouts. “The Tiny Terror” picked up a first-round finish of Marisol Ruelas in her pro debut in October 2018 before suffering the same fate a month later in a bout with Alibeth Milliron.

When it comes to her opponent’s potential game plan, Loureda believes she is more than prepared.

“I think she’s a lot older than me,” Loureda stated. “She has a lot of experience, a lot of amateur fights. We both have two fights as pros but I don’t guide by that. I know she’s gonna go in there aggressive, to clinch, try to take me down and I just don’t think she realizes how strong I am.”