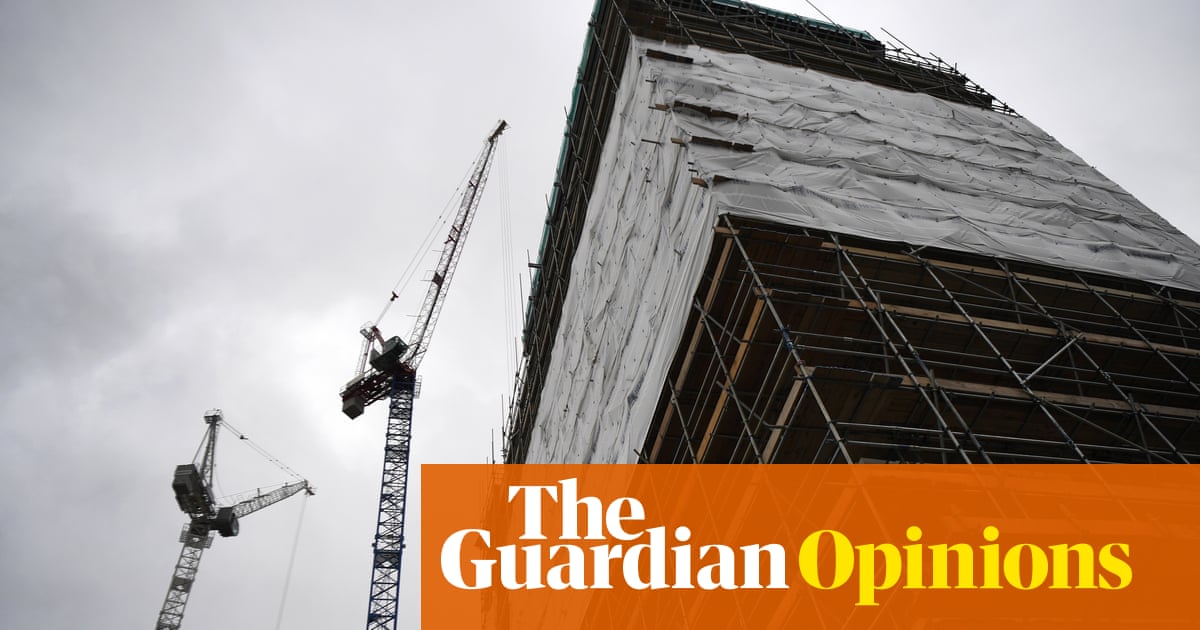 How much do people care about the planning system? England is about to find out. Initial reaction to the government’s plan to strip councils of their powers over development has been ferocious, with planners, architects, local government, conservation charities and housing campaigners lining up with Labour to attack it. But whether ministers can be deterred from legislation that would replace the current case-by-case decision-making process with a presumption in favour of building in designated “growth” and “renewal” zones, will depend on whether the outcry runs deeper – and how long it lasts.

It is easy to see why ministers wanted to do something to boost housebuilding. Enormous rises in the value of residential property in recent decades, particularly in the southeast, have created a feel good factor among homeowners even when the wider economic position did not justify it. Meanwhile, frustration among a younger generation locked out of these unearned riches has continued to rise. It is 10 years since the former Conservative minister David Willetts published his provocative analysis of intergenerational inequality, The Pinch: How the Baby Boomers Took Their Children’s Future – and Why They Should Give It Back. Over that period, the impact of the banking crisis and now coronavirus, combined with a bleak environmental outlook, mean that the prospects for younger people have got much worse. One survey last year found that 70% of 18- to 34-year-olds believe they will never own their own homes.

Eager to please these voters, among whom Conservatives know they have a problem, and to boost at least one part of the economy and jobs market, ministers and their advisers set about smoothing a path for developers across the tricky terrain of local authority planning meetings. But while Robert Jenrick, the housing secretary, promised a “really serious debate” in communities about the new local planning documents, and insisted that the shakeup would “really help small builders”, the far more likely effect of the proposals, should they become law, is that local democracy will once again be the loser while property speculators, who form a powerful group of Tory donors, are the winners. While the promised “fast track for beauty” might sound attractive – for who, given the choice, does not prefer high-quality design? – in the context of a white paper that seeks to remove local scrutiny, and give developers free rein, it should be seen for what it is: a spoonful of sugar to help traditionalists swallow the rest.

It is only a few weeks since Mr Jenrick was revealed to have dined and swapped texts with the former Daily Express owner Richard Desmond in advance of granting him permission for a £1bn property scheme 24 hours before new community charges were imposed – a decision that was later quashed by the courts. Meanwhile at the Grenfell inquiry, evidence of the way that cost-cutting and safety checks were handled under a flagship Tory council continues to shock. Thousands of people across the country remain stuck in towers covered in unsafe cladding, while there is still no sign of a promised bill to strengthen tenants’ rights, a measure that is more urgent than ever given the approaching end of a freeze on evictions and predictions of an upsurge in pandemic-linked homelessness.

If the government and its MPs truly believe that a complete overhaul of a planning system created in 1947 is in the best interests of the country, and a priority in the current crisis, they must make the case for it. Environmental standards, it goes without saying, should be uppermost. Tweets from the prime minister, promising to “cut the red tape”, are not only insufficient but insulting given the recent and agonising history of buildings regulation failure. Whether green and pleasant or grey and urban, our land and the people who live on it deserve more than soundbites from the politicians who want to restrict their say over its future shape.