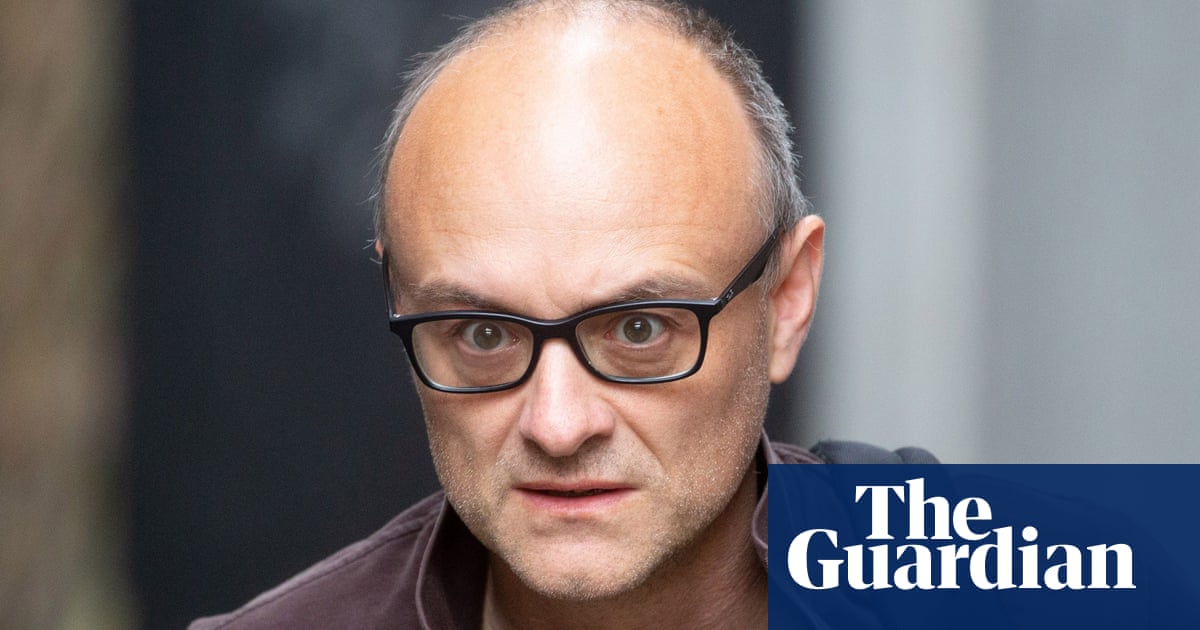 There was a clear and lasting “Cummings effect” on public confidence in the government’s handling of coronavirus after the prime minister’s senior aide appeared to break lockdown rules, new analysis has found.

The research found a significant decrease in public confidence in the government after the Guardian and Daily Mirror revealed that Dominic Cummings had travelled 264 miles to Durham with his sick wife and child despite official advice that people “should not be visiting family members who do not live in your home”.

The University College London paper, published in the Lancet, tracked more than 40,000 people’s views of the government’s approach to the epidemic over a six-week period. It also found that over the three weeks following the Cummings revelations, willingness to adhere to lockdown guidelines dropped more steeply in England than in Scotland and Wales.

The data from UCL’s Covid-19 Social Study, which has not been peer reviewed, forms the most substantial evidence yet to back fears that Cummings’ actions – and the failure of Boris Johnson to remove him from his post – led to a sharp decline in faith in the official response to the crisis.

The researchers asked respondents to rate their confidence in the government’s handling of pandemic on a scale from seven – lots of confidence – to one – no confidence. Before Cummings’ behaviour was exposed on 22 May the average score was 5, but it dropped to nearer 4.5 in England in the days afterwards. This was the sharpest drop in confidence recorded in the study. And there was no evidence of similar falls in Scotland and Wales on the same dates.

Considering the factors in the impact of Cummings’ behaviour compared with other high-profile lockdown breaches, the Lancet piece notes: “Although some other officials and senior figures had also broken the lockdown rules, this transgression was the first to not immediately be followed by an apology and resignation.”

Dr Daisy Fancourt, lead author of the study, said that “public trust in the government’s ability to manage the pandemic is crucial as it underpins public attitudes and behaviours at a precarious time for public health”.

She said that the change of 0.4 points on the study’s seven-point scale signified a significant dip in public support – in particular because it has proven to be lasting. “The thing in my mind is it’s the biggest step change without a rebound across the whole period,” she said.

“There are other things, like the 10 May announcement that lockdown would be eased, which has a negative effect – but it started to bounce back within a week or two. Whereas with the Cummings incident, it’s a dramatic change, and it’s just continued.”

That analysis echoes warnings from politicians, scientists and police leaders that Cummings’ behaviour and the subsequent lack of police action was being used as an excuse by those who were not following lockdown rules.

“People were actually using the word ‘Cummings’ in encounters with the police to justify antisocial behaviour,” Durham’s former chief constable Mike Barton said in July. “If the public don’t think the police are operating in a fair and impartial way, you won’t get their trust and you won’t get their support. People who make the rules shouldn’t break them. Otherwise, you can’t expect the little people to do it,” he said.

Stephen Reicher, a professor of psychology at the University of St Andrews and a participant in the SPI-B governmental advisory group, said in May: “The notion of ‘a law for them and a law for us’ is about the clearest way that you can violate that bond of common identity and that bond of trust between the public and the authorities.”

The UCL researchers ruled out the possibility that the “Cummings effect” was simply part of a wider decline in public faith in the authorities by comparing the answers of participants in England with those in Scotland and Wales. Scottish and Welsh respondents’ faith in their devolved governments did not show a similar decline.

The new research follows previous snapshots of evidence suggesting that the Cummings incident had a meaningful effect on public adherence to lockdown rules. Last week researchers said that focus group respondents had attributed a growing sense of public division to the saga, with one saying that because of Cummings “the vast majority of people see it as one rule for those in charge and one rule for everyone else”.

A YouGov survey found that of those who had broken lockdown rules, one in three gave the Cummings story as a justification for their decision. The polling also found that 70% of people thought the incident would make life harder for the government to get future lockdown messaging across.