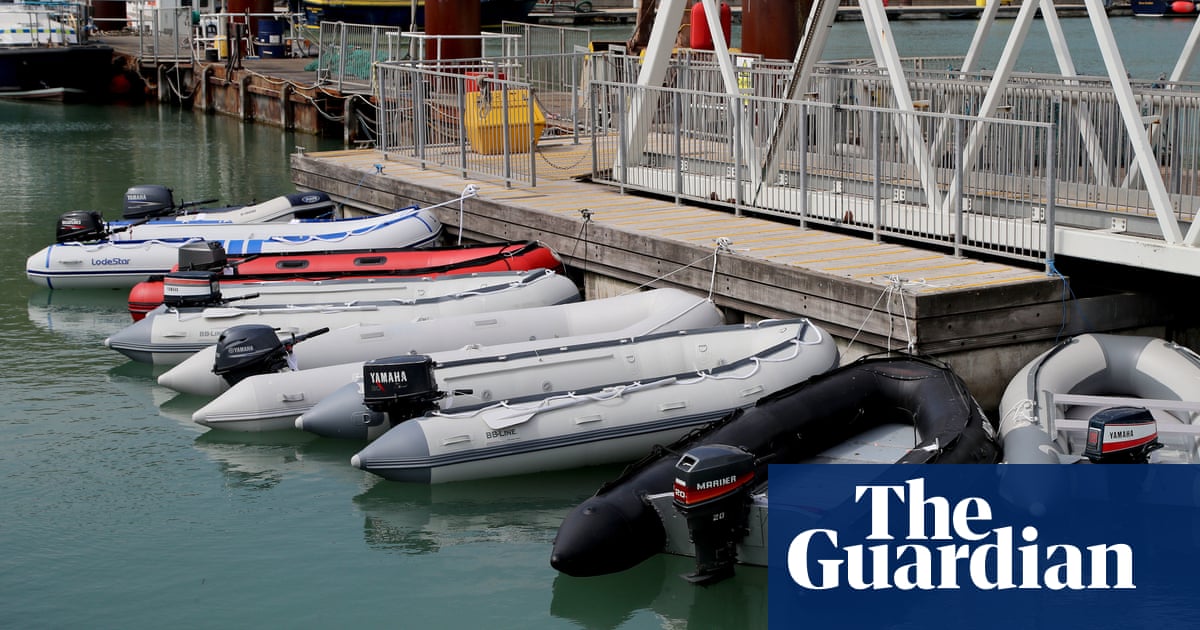 Refugees have told of increasingly brutal tactics used by people-smugglers transporting thousands across the Channel in small boats, as calm seas and the Covid-19 pandemic create a boom in the trade.

The Guardian has heard testimonies of migrants being forced into boats at gunpoint or knifepoint and threatened with having their fingernails ripped out if they do not follow the orders of smugglers, who often use inflatable dinghies to transport their human cargo.

Growing numbers of unaccompanied children, usually teenagers, are reported to be among those trying to travel from France to the UK by sea, with more than 2,000 people said to have entered the country by this route in June – more than four times the known total of 500 for the whole of 2018.

‘He held a gun to my head’: surviving the brutal tactics of the traffickers

On Thursday, Border Force patrol vessels and local lifeboats were involved in rescuing more than 100 migrants in small boats in the Channel. A week ago, a record 202 migrants made it to UK shores on one day, in 20 boats. On the same day, five children were among 18 migrants to be rescued from a boat taking on water off the coast of Escalles, near Calais. Some on board were found to be hypothermic and one had to be given oxygen.

MPs on the home affairs select committee have announced an inquiry into the rise in migrants crossing the Channel in small boats, the role of criminal gangs and the response of the English and French authorities. “This will include the risk to life when attempting to cross the Channel, the world’s busiest waterway, in small boats and the response of UK authorities when they reach the UK, in particular unaccompanied children,” a statement from the committee said.

According to experts, a combination of months of good weather, the coronavirus pandemic reducing the number of lorries stopping off in Calais, and an absence of safe and legal routes for people to reach the UK to claim asylum has led to the huge increase in the use of small boats. Campaigners say that at first these crossings were haphazard and chaotic but now organised criminal gangs have moved in, detecting a business opportunity.

The going rate for a space in an overloaded dinghy from northern France to the UK is around £3,000. The main countries that people gathering in northern France are fleeing include Eritrea, Sudan, Afghanistan, Syria, Iran and Iraq. Often those fleeing countries in the Middle East have had shorter journeys than refugees from conflicts in Africa, and have more money with which to pay smugglers. Those who buy a kayak can paddle over 20 miles across the Channel for about one-tenth of the cost.

In May the Guardian revealed that the Home Office was running Operation Sillath to track migrants who reach the UK in small boats. Those who arrive this way are flagged on internal systems. Priti Patel, the home secretary, has indicated she is keen to expedite the return of this group to France but a case is under way to challenge the plan’s lawfulness.

Toufique Hossain, of Duncan Lewis solicitors, who is bringing the legal challenge, said: “Refugees are fleeing death, war and torture. That is why they are prepared to risk life and limb, death by drowning, imprisonment and enslavement along the way. Far from dismantling the hostile environment, Priti Patel is taking it to its extreme.”

Charities said the government’s policy to clamp down on sea crossings was not working. Clare Moseley, founder of Care4Calais which works with refugees in northern France and Belgium, said: “This week three 16-year-old boys from Sudan arrived. They left home aged 14 to 15, crossed the Sahara alone, went through Libya on their own and crossed the Mediterranean on their own. It’s people like them who are taking greater and greater risks to cross the UK. It’s really scaring me.”

The Refugee Council called on Patel to create safer routes for asylum seekers. A spokesperson said: “We strongly urge the home secretary to change her approach on this issue. Tightening border security is not the solution and only serves to push people seeking asylum to take higher risks. Creating safe and regular routes to the UK – through an expanded resettlement programme, humanitarian visas, and reforming the restrictive family reunion rules – is the way to effectively address this issue.”

Chris Philp, minister for immigration compliance and the courts, said: “We are determined to make this route unviable and therefore give migrants no reason to gather on the northern coast of France. France is a safe country with a well-functioning asylum system and there is no need for migrants to leave and attempt to come to the UK illegally.

“We have offered to work with the French on safe returns at sea and we will continue work to return anyone who attempts the crossing. We are continuing to go after the heinous criminals and organised crime networks putting people’s lives at risk. Twenty-two people smugglers have been jailed this year and two more were charged last weekend.”

A spokesperson for the French embassy said: “This is a major issue of concern shared by both countries, which must work together to end the illegal and dangerous activities of people smugglers. The task of ensuring the security of the coastline places a significant burden on the French security forces. They are very actively mobilised and thwart the majority of sea crossings today.”