“More good quality, attractive and affordable homes faster.” According to the housing secretary, Robert Jenrick, that is the main aim of his “complete overhaul” of the English planning system, announced on Thursday. Yet there is precious little evidence that any of the new measures could lead to higher quality, more attractive or more affordable homes. Instead, the proposals look set to deliver the exact opposite.

In an unprecedented move that betrays the Dominic Cummings hallmark of maximum disruption with minimum effort, the government is tearing up the national rule book that has been in place since the second world war to ensure the best use of land, and replacing it with three simple classifications. From now on, all land in England will be designated for either “growth”, with automatic planning permission, “renewal”, with permission subject to some basic checks, or “protection”, preserving the sacrosanct status of the green belt.

It is doing this in the name of cutting red tape and speeding up the planning process, yet there is no sign that the planning system is standing in the way of delivering homes. Records compiled by the Local Government Association show that around 90% of planning applications are approved, while there are more than a million homes with planning permission that have not yet been built.

The rule book is also being shredded in the name of “beauty”, with the idea that proposals will be subject to design codes and developers encouraged to follow pattern books, citing the precedents of Bath, Belgravia and Bournville. There is the added promise of “a fast-track system for beautiful buildings” but no hint as to who the arbiter of beauty may be. Who comes up with these codes, who draws the patterns, and who judges if a proposal meets the criteria remains to be seen.

What is more certain is that the reforms will effectively cut democratic input into the planning process by half. At present, there are two opportunities for accountability and oversight, one at the creation of a local plan and one at the final consent of a planning application. The reforms propose to move all democratic accountability to the plan-making stage, set to be drawn up for each area within 30 months. From now on, if you want to object to a new development, you will have to have been there to feed into the discussion several years before it was even proposed.

Beyond the flagship measures, the small print also notes that the government plans to extend the current exemption of small sites from having to make Section 106 payments towards affordable housing. Branded as helping developers “bounce back from the economic impact of coronavirus”, it will further reduce the small quantities of affordable homes that councils are struggling to provide.

Besides the recent extension of permitted development rights, England has dabbled with planning deregulation in limited form in the past, namely with the creation of Enterprise Zones in 1980 under Margaret Thatcher, an attempt to kickstart regeneration with tax cuts and planning freedoms. The result was a proliferation of out-of-town business parks and clusters of industrial sheds at motorway junctions, all built to the minimum standards. The policy was revived in 2011, in an effort to ignite development in areas like London’s Royal Dock, where it spawned a soulless Chinese-funded business park that still lies empty. A report last year concluded that the policy “failed to deliver” the promised jobs boost. 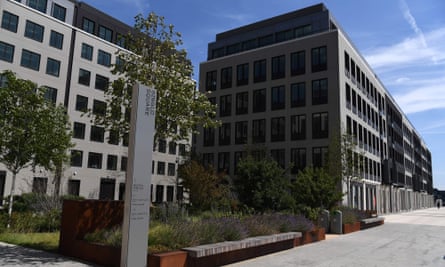 For examples of planning deregulation on the scale of this new announcement, we must look overseas. Both Ireland and Spain suffered the consequences of wholesale planning liberalisation in the late 1990s and early 2000s, when tens of thousands of homes were built in ill-conceived housing estates in far-flung locations, spurred on by a flood of cheap credit. Many were left unfinished and abandoned, haunting the landscape with “ghost estates” when the property bubble burst.

Other examples of “automatic planning permission” can be found in the kind of zonal planning systems used in the US and parts of Europe. One of the chief implications of zonal planning is that the initial allocation of land in a zone assumes total importance: it must pre-empt everything that a future applicant might propose, as there is no safeguard further down the line.

The results are both crude, separating the different functions of a city into segregated zones, and mired in fiendish complexity. In New York City, for example, whose skyline is famously a product of its zoning ordinances, there are 21 basic zoning districts, each having additional sub-categories for specific requirements, listed in the 4,300+ page-long Zoning Resolution. Interpreting the finer points of these codes has become an entire industry in itself, keeping well-paid planning consultants in high demand. It has a dark history, too: exclusionary zoning has been one of the biggest drivers of racial segregation across America.

At the opposite end of the scale is the German zoning model, which promotes mixed use, with detailed frameworks agreed at federal level, while states and local authorities retain powers to make specific provisions. Every block is carefully masterplanned in advance, specifying the exact mix of uses, massing and open space, providing certainty to developers about what is allowed. In order to provide that certainty, a huge amount of detail has to be worked out in advance – far more than is contained in an English Local Plan, documents which take councils several years to compile as it stands. It is hard to imagine how any zonal system could possibly be the silver bullet to “get the country building” any quicker.

All of this seems to have passed the UK government by. The proposed “planning revolution” bears all of the signs of policy advisers who don’t actually understand the complexity of the system they are so keen to destroy. It is disruptive ideology writ large, picking on an already weakened target for a hastily-devised experiment on a national scale. It aims for beauty, quality and affordability, but it will likely unleash a race to the bottom, with smaller, meaner, less affordable homes – and nothing left in the way to stop them.