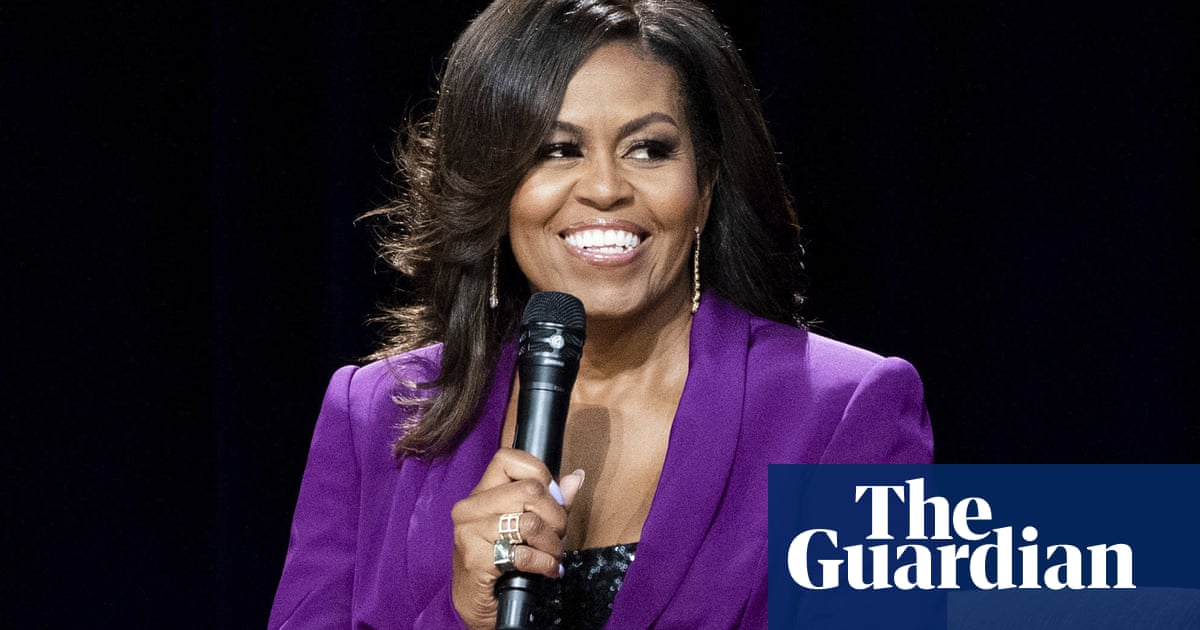 Michelle Obama has said she has been suffering from “low-grade depression”, prompted by the coronavirus pandemic, racial problems in the US and what she describes as the “hypocrisy” of the Trump administration.

In the second edition of her podcast, which aired on Wednesday, the former first lady reflected on the change her family and others have had to deal with as a result of the pandemic.

“I know that I am dealing with some form of low-grade depression,” she said. “Not just because of the quarantine, but because of the racial strife, and just seeing this administration, watching the hypocrisy of it, day in and day out, is dispiriting.”

Obama said her sleep has been affected and has been waking up in the middle of the night “‘cause I’m worrying about something, or there’s a heaviness”.

“I’ve gone through those emotional highs and lows that I think everybody feels, where you just don’t feel yourself, and sometimes … there has been a week or so where I had to surrender to that, and not be so hard on myself,” she said.

Obama said the Black Lives Matter protests and the continued unrest that has “plagued this country” have also affected her mood.

“I have to say, that waking up to the news, waking up to how this administration has or has not responded, waking up to, yet another, story of a Black man or a Black person somehow being dehumanised, or hurt or killed, or, falsely accused of something, it is exhausting. And, and it, it has led to a weight, that I haven’t felt in my life, in, in a while,” she said.

Speaking to Washington Post columnist and former NPR host, Michelle Norris, the former first lady said during her family’s time in the White House, which she described as being “outside the norm of regular life”, it was important for her to stick to a schedule. And it’s something she has used during the pandemic too, particularly in lockdown.

“Barack’s in his office, making calls, working on his book. I’m in my room, the girls are on their computers,” she said. “But right around five o’clock, everybody comes out of their nooks, and, we like, do an activity, like, puzzles have become big, just just sitting and doing these thousand piece puzzles.”

After dinner they play the card game “spades’”, which former president Barack Obama taught his now-adult children, Malia, 22, and Sasha, 19.

“So Barack has taught the girls spades, so now there’s this vicious competition,” she said.

Asked if slowing down during the lockdown has been good for her children, Obama described it as an “unburdening” for them.

“It’s almost like they needed the world to stop a little bit. You know they didn’t realise that they were, that the world they were on, and the way they were living it, was so treadmill-like. So fast and furious. Um, because it was all they ever knew.

She said the pandemic is also an opportunity to “decide how you want to show up in the new world. Because it will be a new world.”

She said her greatest hope is that people reach for normal, “that we reach for better”.

• In the UK and Ireland, Samaritans can be contacted on 116 123 or email jo@samaritans.org or jo@samaritans.ie. In the US, the National Suicide Prevention Lifeline is 1-800-273-8255. In Australia, the crisis support service Lifeline is 13 11 14. Other international helplines can be found at www.befrienders.org