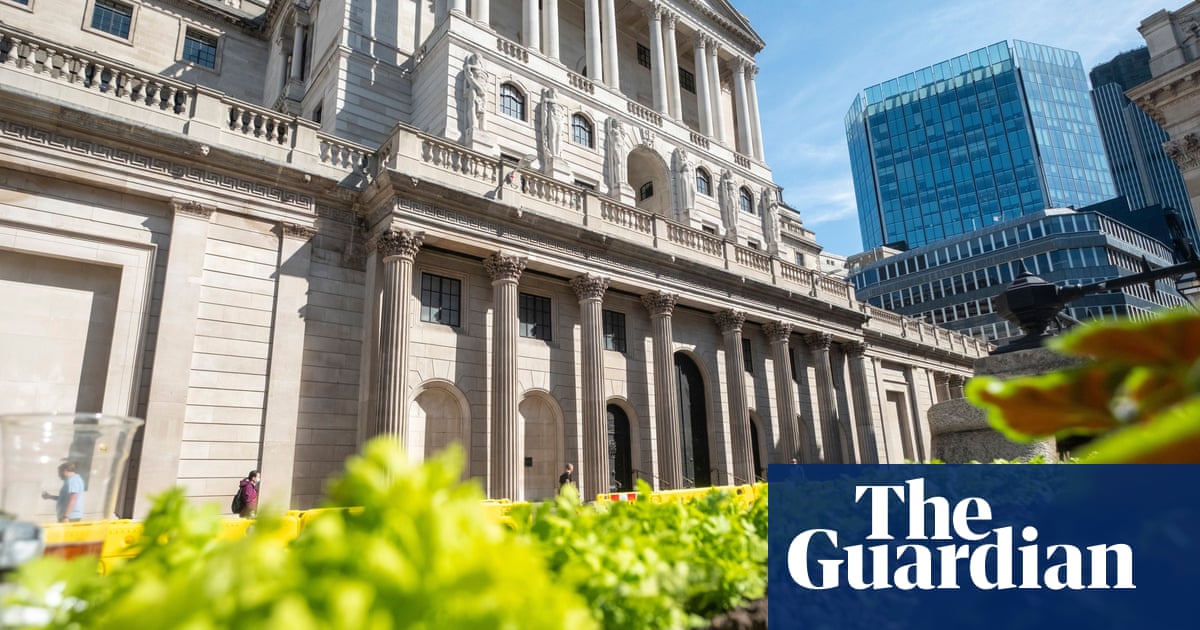 The Bank of England has said Britain’s economy is recovering more quickly than initially feared from the coronavirus pandemic as consumer spending rises, despite warning of significant risks to jobs and growth.

Leaving interest rates on hold at a record low of 0.1%, Threadneedle Street said Britain’s economy would shrink by a fifth in the first half of this year as a result of lockdown measures imposed in March. Against a backdrop of rapidly rising job losses across the country, it also warned unemployment would double by the end of the year.

However, it said the early signs for the economy as lockdown measures are gradually relaxed were more promising than it had previously anticipated, as consumer spending bounces back close to pre-pandemic levels.

Suggesting the scale of the shock to the economy could be smaller than first feared, the Bank said it expected GDP to plunge by 9.5% this year – the worst performance in 99 years. Threadneedle Street had previously warned that GDP could collapse by 14% this year in the biggest economic shock for three centuries.

Despite the rosy forecast contained in its regular monetary policy report, it warned Britain’s economy would take until the end of 2021 to regain the level of GDP recorded at the end of 2019 before the pandemic struck, and that there were serious risks to its assessment because of the continuing health risks from Covid-19 and the risk of a second wave in infections.

Andrew Bailey, the Bank’s governor, said: “The outlook for the UK and global economies remains unusually uncertain. It will depend critically on the evolution of the pandemic, measures taken to protect public health, and how governments, households and businesses respond to these.”