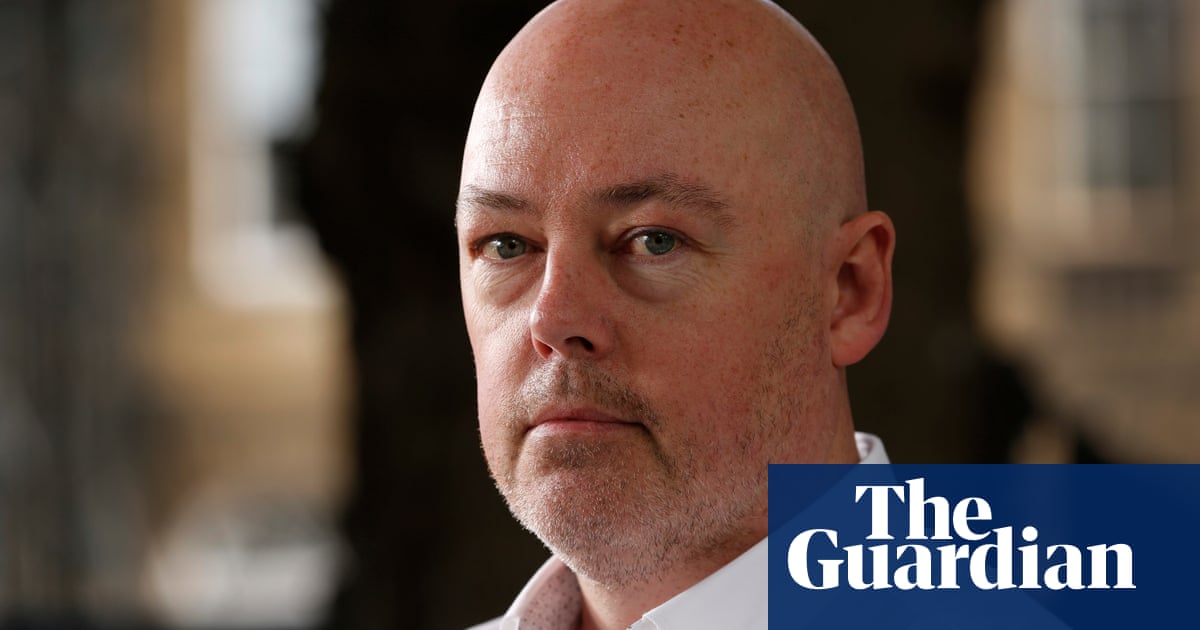 At the heart of this quirky, ambitious and ultimately disappointing book is a very simple story. A sensitive boy grows up in the shadow of a violent father and aspires to be a craftsman. As he grows older, he is more successful as an artist than a human being. Finding himself betrayed by a cousin he’s close to, he is consumed by the need for revenge.

In A Traveller at the Gates of Wisdom, the prolific Irish author John Boyne plays out this story over a two millennia stretch of history. In each of its 50 chapters, the unnamed narrator, his father M, mother F, brother J, sister A, betrayer H and so on, are reincarnated in different places and historical periods, moving from ancient Rome to Asia Minor, the Horn of Africa, sixth-century Afghanistan, 10th-century Iceland, Elizabethan London, Japan during the Tokugawa shogunate and many more. The costumes and scenery change, but the essential set of relationships remains the same. It’s a bold conceit and it’s impressive that Boyne pulls it off at all.

Throughout the book, the unnamed central character is principally concerned with a sense of his destiny as a creator. The “intensely creative child” of ancient Rome remains consistently gifted through recorded history, whether he’s “lost in the sheer ecstasy of creativity” as a dressmaker in fourth-century Korea, working as an itinerant amulet maker in Greenland, carving the Bamiyan Buddhas, or winning plaudits from Sir Walter Scott for his historical fiction. Incarnated as an Eritrean woodworker, ideas come easily to him: “Images would form in my mind, as if summoned by a rare ghost.” A rare ghost, mind, not the common or garden kind.

His relationships are less successful. Characters tend to die in natural disasters or be murdered horribly every few pages; one effect of this rapid turnover is that the book feels cartoonish and unreal. The narrator careens through various historical tableaux, as though bouncing around inside a themed pinball machine.

The big canvas stretches and exposes the limitations of Boyne’s writing. No matter the historical period, everything’s rendered in a moth-eaten, non-specific literary prose where people “don” and “proffer” things and that never says in three words what it can say in 15. Without any sense of anachronism, the narrator analyses characters using the psychological jargon of the 20th century. “The girl had become deeply introverted since returning to the care of her mother, a state of mind I put down to the twin traumas of being used in bestial fashion by her father and the fact that she had been partly responsible for his death and the death of her grandmother,” he informs us. That’s not the fusty language of a Viennese psychoanalyst but a Selk’nam quiver maker from a nomadic tribe in 14th-century Patagonia.

It scarcely needs to be said that the book is intended as a gung-ho rebuttal of the notion that writers should stay in their lane and stick to fictional worlds that are appropriate to their identity. But Boyne goes ahead and says it anyway. “The things that surround us may change, but our emotions will always remain the same,” his narrator explains. “A man who lost his beloved wife a thousand years ago suffered the same grief that I felt when I lost mine, no more, no less.” No more, no less: there’s something defensively dogmatic about that formulation. It’s also a simplistic view of history, psychology and the problems of representation. Boyne operates under the blithe assumption that people in different historical milieux feel exactly the same way about such culturally determined things as creativity, monogamy and love. Maybe they did, maybe they didn’t; but it doesn’t occur to him to wonder.

Nor is Boyne very interested in the material conditions of life in other eras. Peru, Mexico, Sri Lanka and the other destinations are “done” with the perfunctoriness of an incurious gap year backpacker. Hence the embarrassing solecisms of giving kimonos and obis to the Chinese, igloos to the Norse Icelanders, and steel and horses to pre-Columbian South Americans. Potatoes are a staple in mediaeval Europe and money circulates among the nomadic tribes of Greenland. Whose picture is on it, we wonder? Perhaps the narrator’s? But the novel implies strongly that all this is tiresome nitpicking. A list of ingredients for fabric dye in sixth-century Hungary comes from the video game The Legends of Zelda. Which is as good as saying: I don’t care! I’m making this shit up!

And in fairness, the argument of the book is that realism and authenticity are for the plodders. The real talents, the visionaries, are not constrained by them. They just close their eyes and wait for those rare ghosts to come.

To be clear, I’m deeply sympathetic to the argument that novelists should roam freely around human experience. I think it’s important to stick up for the principle of fiction which says that through an imaginative effort you can discover and convey a sense of what it’s like to be another person. But Boyne’s take on this feels lazier, narrower and harder to defend: I don’t need to imagine your life, the book seems to say, you’re just like me.

• A Traveller at the Gates of Wisdom is published by Doubleday (£12.99). To order a copy go to guardianbookshop.com. Delivery charges may apply.