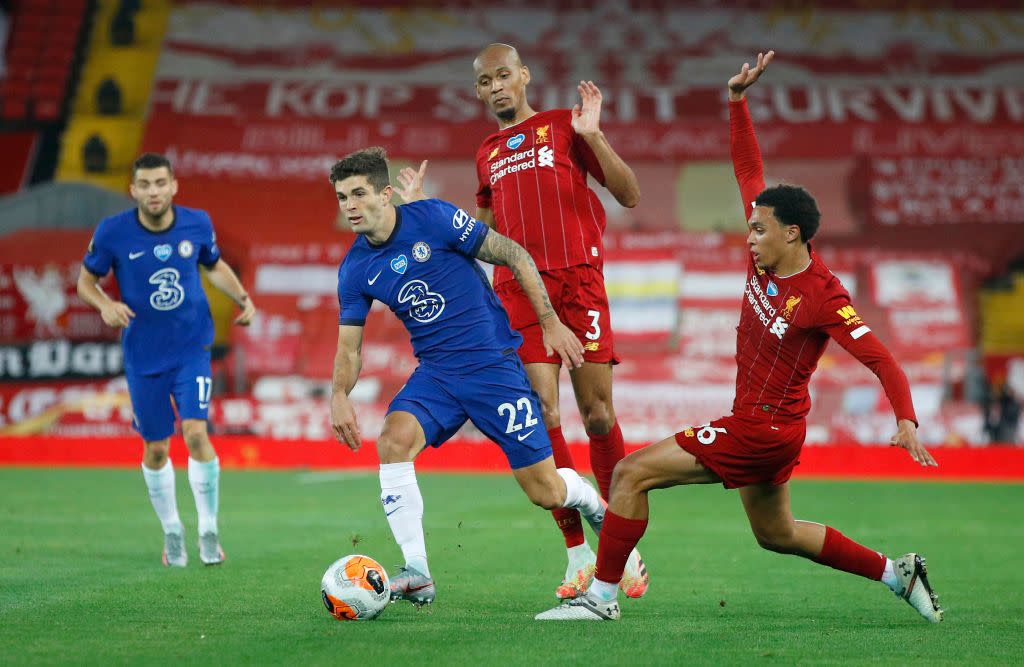 The 20 teams for the 2020-21 Premier League season are now set and we are releasing a prediction for the standings.

With Fulham only sealing their spot in the Premier League on Tuesday via the playoffs, usually we would say this is very early to be releasing this standings prediction. But with the 2020-21 season kicking off in less than 40 days from now due to all of the schedule changes, it doesn’t seem too outlandish to have a crack at this.

Of course, transfers in and out will heat up between now and Sept. 12 when the new season kicks off and the transfer window open until Oct. 5, a lot can change with all 20 teams.

That said, Leeds United, West Brom and Fulham will all add something slightly different to the Premier League as the newly-promoted teams and it will be intriguing to see if teams who finished the 2019-20 season in red-hot form can carry that into the start of next season given the short break over the summer.

Champions Liverpool and Manchester City will be the favorites to win the Premier League title, while Man United, Chelsea, Arsenal and Tottenham will battle it out for the remaining two Champions League spots as they are rebuilding and nowhere near being title contenders, although Man United are closer than the other three.

At the bottom, it’s tough to see how the three newly-promoted teams can prosper given the short turnaround between the 2019-20 season and the 2020-21 campaign but Leeds seem the most prepared to solidify their spot in the Premier League.

In the fight for Europe, Wolves, Leicester and Everton look like the best bets of challenging the established top six but watch out for Southampton. Other surprise packages could be Brighton and West Ham, while you worry for Burnley and Crystal Palace given a lack of squad depth, plus Sheffield United and Newcastle United limped to the finishing line in 2019-20.

All in all, a lot will change in the coming weeks before the 2020-21 season kicks off, so we will do another one of these predictions post before the season starts.

For now, here’s my 2020-21 Premier League standings prediction and how I think the table will look when the final whistle blows on May 16, 2021.

Prediction for the 2020-21 Premier League standings