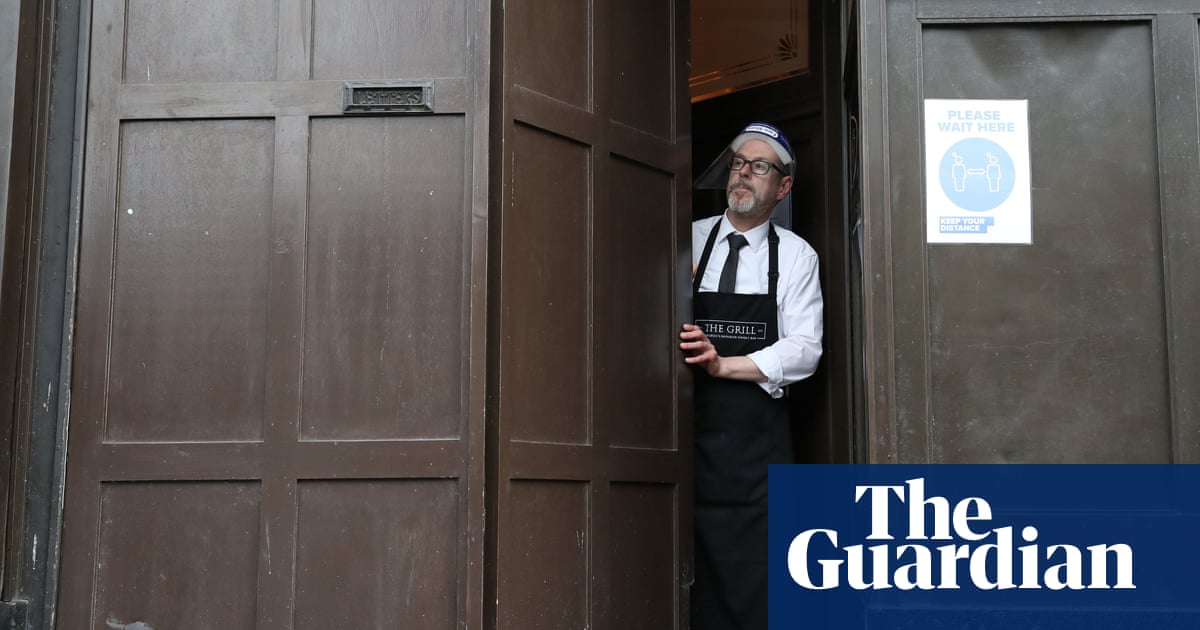 Nicola Sturgeon has warned that an emergency lockdown in Aberdeen could extend to other towns in the region after health officials linked 32 pubs and golf courses to the outbreak in the city.

The first minister said all pubs and restaurants in the city had to close from 5pm on Wednesday, as she barred people from visiting other households indoors and urged residents to avoid non-essential journeys greater than five miles.

Health officials in NHS Grampian named 32 pubs, restaurants and golf clubs visited by some of the 54 people infected in the outbreak, as the scope of their test-and-trace investigation widened to include several businesses in Aberdeenshire.

The health board said a further 36 infections had emerged overnight in the Grampian area, although it remained unclear how many were directly linked to the Aberdeen cluster, which began late last week at the Hawthorn Bar in the city centre.

The Aberdeenshire businesses involved in the investigation by NHS Grampian included the Cock & Bull gastropub close to Donald Trump’s golf course near Balmedie north of Aberdeen, the Aboyne golf club 30 miles west of Aberdeen and the Marine hotel in Stonehaven, 16 miles south of the city.

As Police Scotland confirmed it would increase patrols in Aberdeen to enforce the lockdown, Sturgeon said that extending the lockdown to other places was a live issue.

“There will be ongoing analysis of the ‘test and protect’ data to see whether it may be necessary to extend these restrictions to some parts of Aberdeenshire,” she said. “But we will only do that if we deem it necessary and we haven’t taken that decision yet.”

A local MSP, Lewis Macdonald, said expanding the lockdown was logical. “The whole point of test and trace is to trace and [administrative] boundaries should play no part in determining the extent of the lockdown,” he said.

“The virus doesn’t respect boundaries and nor should the actions taken to contain it. It is important action is immediate and it’s effective.”

Sturgeon said urgent action was essential to prevent a much wider outbreak. “I know this is deeply, deeply unwelcome news for people in Aberdeen and I’m deeply sorry that we’re in this position,” she said during her daily coronavirus briefing.

“We need to take decisive action now in order to prevent a larger outbreak and further harm later on.”

She said the restrictions, which followed a local lockdown around five towns and villages in south-west Scotland last month, and an outbreak affecting 13 people in Inverclyde late last month, would be in place until they are reviewed next Wednesday.

The lockdown would not affect hotel restaurants that serve those staying at the hotel or takeaways, while the ban on non-essential travel would exclude those who needed to travel for work and education. She also urged people not to travel into Aberdeen unless it was essential.

Sturgeon said she still hoped Aberdeen’s schools would reopen on 17 August. Any employers whose staff had been previously furloughed during the UK-wide lockdown could be put back on furlough for the duration of this local lockdown.

The Hawthorn has been closed for a deep clean, but anxieties about the behaviour of some Aberdonians accelerated over the weekend after footage emerged of large groups of mainly younger people drinking in close proximity at an outdoor bar on Union Street, the city’s main shopping street.

Sturgeon said the identification of numerous bars and pubs in the outbreak showed the outbreak was rapidly accelerating, she said, with cases appearing to double every two days or so, and it suggested drinkers were going on pub crawls.

“Our precautionary and careful judgment is that we need to take decisive action now, difficult as that undoubtedly is, in order to try to contain this outbreak and prevent further harm later on,” she said.

“As I said earlier, this is about doing all we can to ensure our children can return to schools next week. Acting now, we judge, gives us the time and the space to protect the ability of our young people to return to education.”

Tracy Black, director of the business organisation CBI Scotland, said: “Aberdeen won’t be the last local area that faces renewed restrictions in the coming months, so the Scottish government must do everything it can to provide clear, timely advice and appropriate support to firms and individuals. That’s a must to maintain public confidence.”