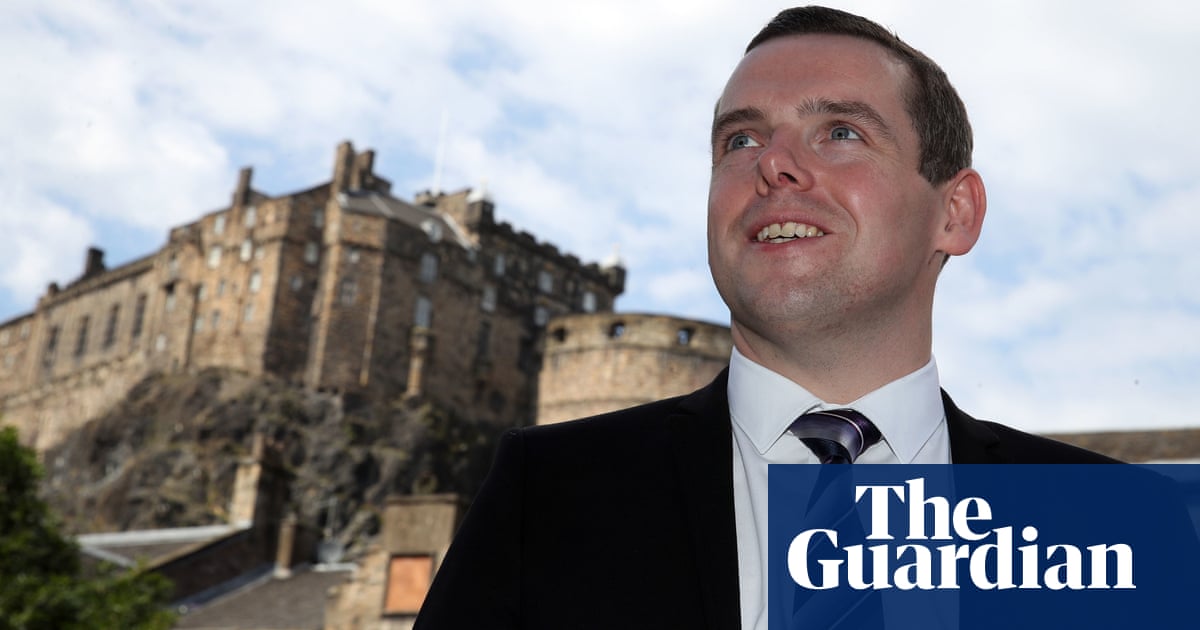 The Scottish Conservatives have appointed Douglas Ross as their new leader without a contest after the sudden resignation last week of Jackson Carlaw.

Ross, the MP for Moray, emerged as leader-in-waiting within hours of Carlaw’s resignation last Thursday, which came in a bloodless coup orchestrated by party leaders after several opinion polls showed a surge in support for Nicola Sturgeon and Scottish independence.

One of the few Scottish Tory MPs to hold his seat in the Scottish National party revival in last December’s general election, Ross will work in tandem with Ruth Davidson, the former leader, who will act as his de facto deputy at Holyrood.

In an unorthodox move, Davidson will return from the backbenches to face Sturgeon at first minister’s questions until the Scottish parliament is dissolved next March before the Holyrood elections in May.

Davidson is stepping down as MSP for Edinburgh Central in March before joining the Lords as a life peer. In a sign of the Tories’ anxieties about Sturgeon’s soaring popularity during the coronavirus pandemic, Davidson has deferred her appointment to the Lords until then.

Ross and Davidson are expected to try to reassert the centrist, one-nation Tory policies Davidson championed before she resigned suddenly in August last year, partly in protest at Boris Johnson’s election as UK leader.

In a joint article for the Scottish Daily Mail on Tuesday, which made no mention of Brexit or the prime minister, the pair said their goals were defending the UK, attacking Sturgeon’s domestic record and promoting economic recovery.

“For us, unionism is not an end but a means – to a fairer and more prosperous Scotland,” they said.

Recent polls by Panelbase put the SNP on 55% in a Holyrood election – a figure that suggests Sturgeon could win an overall majority in May – and showed support for independence had hit 54%, the highest yet. The Tories were on 20%, compared with their 28.6% result in the 2017 general election.

Ross and Davidson said their alliance was based “on a genuine belief, born out of experience, that SNP rule isn’t as inevitable as some people feel. We abhor the sense of defeatism that has crept into some quarters and we want to show the fight is there for the winning.”

A senior party source said the Tories believed they were able to claw back support before May’s election by focusing on the issues expected to be most pressing next year, once the pandemic has receded. These included combating unemployment, the economic recovery, and domestic subjects such as education. “We’re going to push back [against the SNP], and push back hard,” the source said.

The SNP and other opposition parties are likely to attack Ross and Davidson over their unusual parliamentary roles, and Ross’s continuing part-time job as an assistant football referee. Although he expects to win a Holyrood seat in May, Ross is currently an MP, with no direct say over devolved policymaking, and Davidson has announced she is quitting Holyrood.

The SNP signalled its intention to attack Ross’s politics on Tuesday by posting a tweet accusing him of having “a long history of racist views” because he called for tougher enforcement action against Travellers in his constituency in an online interview in 2017.

Accused of defamation by senior Tories, the SNP later deleted the tweet; Ross had apologised for that remark and withdrawn it in a BBC interview on Monday, saying his stance then was “wrong”.

Party sources believe Ross will keep the party’s Holyrood frontbench in their current posts, including his official deputy, Annie Wells, a Glasgow MSP.