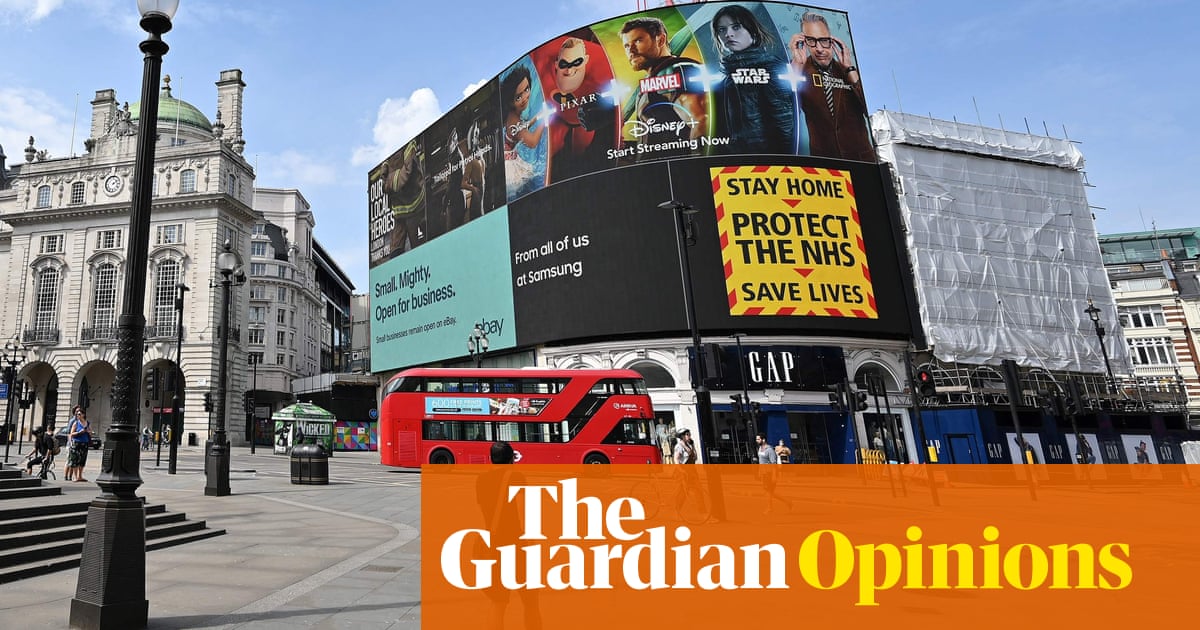 I know I’m not the only one who felt it: the change in the air, during those first months of the pandemic. Not the chemical change – though I’ll remember that too, the teasing freshness of a reduced-transit world – but the change in energy, the heightened attention: the way we eyed each other on our once-a-day exercise, measuring metres in our mind.

But it also felt to me like a new carefulness, a deepened understanding of the way our smallest choices hold unseen consequences for others. I lived for months in a state of sensitivity to the rippling consequences of mundane choices, from the ways I situated my body in public spaces to the ways I purchased essential and non-essential goods.

One visual aid stuck with me from the early days of the pandemic: a single match, taken out of a lineup of burning matches, and so halting the fire. Its simplicity alluded to the bigger picture: my city, this country, the whole world as a grid of matches, laid end-to-end. Every action we take sets off a chain reaction, however small. The pandemic has offered an opportunity to consider our interdependencies more deeply, and to take more care, in turn.

In her essay “On Self-Respect”, Joan Didion wrote that those with self-respect “know the price of things”. In life, this isn’t easy – everywhere, forces conceal the true cost of our actions – but during those early pandemic months, it felt like we were collectively trying to learn. A compulsive cynic, I felt in those days a real optimism for what this collective energy could do, if we kindled it. What could a society achieve if it chose to live by a politics of interdependence? What new forms of care could we imagine if we continued to view our individual desires and wellbeing as inextricably bound to the desires and wellbeing of others? What I felt was something I rarely feel, when I take stock of the world as it is: hope.

That feeling dissipated faster than the clean air. Lockdown ended and concepts like “individual choice” and “individual risk tolerance” took its place. The only way I can understand our amnesiac return to this individualistic mindset is that the government has willed it into being with intentionally vague guidance, flipflopping policies, a persistent distrust of the public’s intelligence and overt attempts to shake us out of our collective mindset and back into our dutiful roles as individual market actors.

Perhaps more threatening to the government than a deadly virus was the collective energy in the air, which each day brought new ideas for a caring world held together by something other than transactions. Left unchecked, that energy might have seeded collective demands. The government panicked in the face of impending economic freefall, which – if met with this energy of collective responsibility – might threaten the foundation of their cherished free market worldview, like an earthquake levelling a country estate.

Gone are calls to “flatten the curve” and “protect the NHS”. The government has taken a sharp right turn: we are told to “eat out to help out” and go “enjoy summer safely”. These initiatives emphasise personal spending as the most effective way to help our communities, and suggest that holding back, out of caution or care, would be harmful to those around us. Framing collective care as an individual economic choice is, of course, absurd; if your local pub shuts, it won’t be because you didn’t drink enough pints during a pandemic.

During lockdown, people understood that we are all only as safe as the most reckless person we came into contact with. Yet, post-lockdown, many have begun to speak in terms of personal choice, personal risk tolerance and personal comfort levels. Acquaintances parrot the fact that young people “hardly ever die” from Covid-19: as if that was ever the concern.

It’s very odd: you cannot both understand the concept of “flattening the curve” and also believe that public health is a matter of personal choice and personal risks. The two are fundamentally incompatible. At the same time, many people, myself included, have been quick to pre-empt any impulse to judge the actions of others: no one wants to police, or be policed by, their family and friends. (That we cannot envision a way of holding each other to higher standards of care without feeling like narcs is, itself, endemic of the pre-pandemic mindset. We now accept others’ decision to party recklessly the way we accepted others’ right to drive gas-guzzling SUVs, pretending individual choice is vacuum-sealed and consequence-free.)

Carrying responsibility for the knock-on effects of our actions is daunting work. Like everyone, I find myself slipping into passive decision-making, eager to shed the weight of calculating harm, and who I’m putting at risk, at any given moment. It is only human to want to lay it down, to pause and momentarily allow those in power set the standard of care. (No doubt, under a more responsible, less sadistic government we might all be feeling less exhausted.) But we have the government we have, and as my birth country, the US, has shown: if you’re waiting for those in power to step up, you’re waiting for your country to burn.

How, then, can we return to the pandemic’s lesson of interdependence? How can we jettison the language of “individual risk tolerance” while rekindling our sense of the individual’s responsibility to the collective? How can we sustainably weigh the effects of our choices, without burning out? How can we help each other to remain vigilant against the consequence-blind individualism of the pre-pandemic age? I ask “how can we” because I know the government will not. I ask because I don’t know the answer, except that it may lay in perpetual asking, perpetual calculus. An ongoing attempt, together, to know the price of things.

• Jennifer Schaffer is an American writer living in London. Her essays and criticism have appeared in The New Statesman, The Times Literary Supplement, The Nation, The Baffler and The White Review