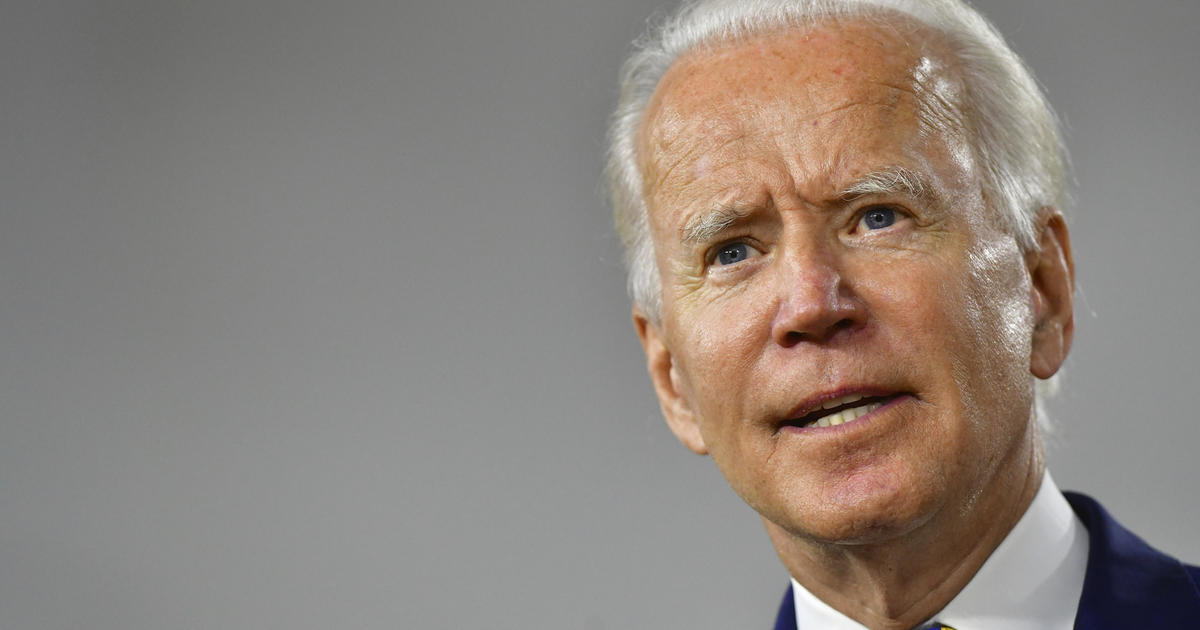 Former Vice President Joe Biden no longer plans to travel to Milwaukee to formally accept his party’s nomination for president and will instead do so from his home state of Delaware, sources tell CBS News.

The Democratic National Convention is scrapping plans for anyone to speak from the Wisconsin city and instead will have invited speakers appear remotely from their home states.

The decision is set to be announced Wednesday after party officials consulted with medical experts about the coronavirus pandemic and the recent spike in cases across the state.

“We’re basically saying having people do the convention from where they are,” said a senior party official, granted anonymity to speak frankly ahead of a formal announcement.

The convention is still slated to kick off on August 17 with four nights of primetime programming planned. A “custom virtual video control room” has been built by the party to take in hundreds of remote feeds nationwide, the party said.

Meanwhile, President Trump announced last month that he is canceling the Jacksonville portion of the Republican National Convention, which is set to begin on August 24. Mr. Trump said on Wednesday that he is considering delivering his speech accepting the Republican nomination from the front lawn of the White House.

Grace Segers contributed to this report.