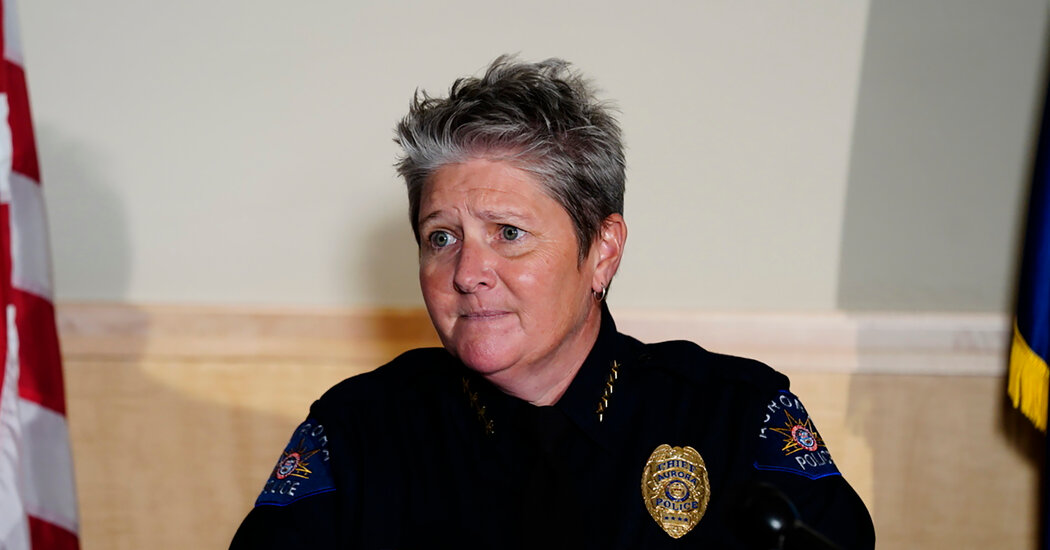 The police chief in Aurora, Colo., apologized this week after officers handcuffed a Black family, including two children lying on the ground, in a mistaken stolen-car stop that was recorded on a widely shared video and is now under investigation.

In a statement on Monday, Chief Vanessa Wilson of the Aurora Police Department said the officers made a “mistake” during the stop a day earlier, which she said had been treated as a “high-risk stop” because officers believed it involved a stolen vehicle. She said the department was investigating and reviewing training, and she offered to provide therapy for the children “who may have been traumatized.”

“I have called the family to apologize and to offer any help we can provide,” Chief Wilson said.

At about 11 a.m. local time on Sunday, the police were notified of a possible stolen vehicle, she said. They stopped a car that matched the license plate number and vehicle description, ordered its occupants onto the ground and handcuffed some of them.

A bystander took a video, which quickly spread online and drove further outrage at the Aurora police, who have been the focus of large protests in the city this summer. The video shows four children lying on the ground in a parking lot, crying and screaming as several officers stand over them.

Two of the children, a 17-year-old and 12-year-old, are on their stomachs and handcuffed, and a 14-year-old girl is lying next to a 6-year-old, The Associated Press reported. Officers can be seen leading a woman away in handcuffs.

Brittney Gilliam, who identified herself as the driver to KUSA-TV, told the outlet that she had taken her nieces, younger sister and daughter to get their nails done. The group got back into their car when they realized the salon was closed, and the police surrounded them with guns drawn, she said.

“He’s like, something about the car being reported stolen,” Ms. Gilliam said. “And I’m like, ‘This happened months ago, you guys cleared it.”

The chief said in her statement that when officers suspect a car has been stolen, they have been trained to draw their weapons and order the occupants to lie on the ground. She said officers are allowed to use “discretion and to deviate” from their training process when “different scenarios present themselves.”

Chief Wilson said that “shortly after” the officers handcuffed the family members on Sunday, they realized they had made a mistake during the stop, when they “determined” that the stolen vehicle they had been seeking had a license plate issued in another state.

“The confusion may have been due in part to the fact that the stopped car was reported stolen earlier in the year,” she said. Officers immediately removed the handcuffs, “explained what happened and apologized,” she said.

The officers are still on duty, a spokeswoman for the department said on Wednesday.

In July, three officers from the department were fired over photographs that show two of them grinning and mocking the death of Elijah McClain, a 23-year-old massage therapist who was arrested and placed in a chokehold last August. Mr. McClain died several days later. This summer, following the killing of George Floyd in Minneapolis police custody, protests over his death and against police violence gained renewed energy in Aurora.