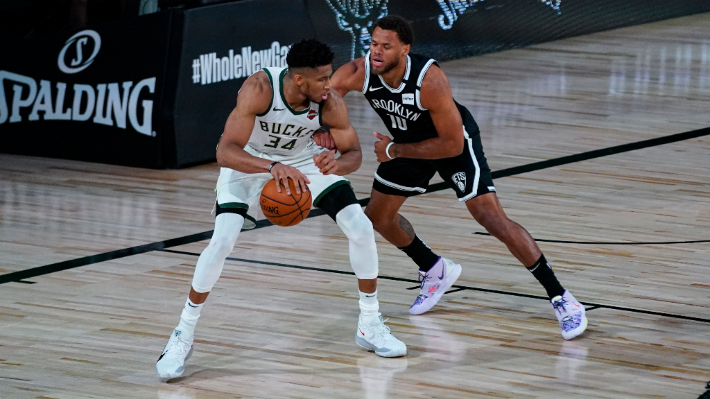 The Milwaukee Bucks are perhaps the best team in the NBA. The Brooklyn Nets are decidedly not. In their matchup on Tuesday morning, one that looks like it could be the 1-8 matchup in the Eastern Conference, the Bucks were at nearly full strength, while the already shorthanded Nets had to take the floor without Jarrett Allen, Joe Harris, or Caris LeVert. And despite all of this, Brooklyn somehow managed to pull off one of the biggest upsets we’ve seen in recent NBA history.

The Nets, which entered this game as 18.5-point underdogs, took advantage of nearly every Bucks mistake en route to a 119-116 win. The game was tightly-contested throughout, and from the very beginning, Brooklyn did not back down from Milwaukee. That was case even after Jamal Crawford, who made his debut for the team, left the game due to a hamstring injury after only six minutes.

Surprisingly, the hero of the evening for Brooklyn was Timothe Luwawu-Cabarrot, a fourth-year forward out of France who has had some nice moments for the squad, but have the Bucks all they could handle on Tuesday. Luwawu-Cabarrot scored 26 points on 8-for-12 shooting with a 5-for-7 clip from deep.

The hot shooting wasn’t specific to Luwawu-Cabarrot, as Brooklyn went 21-for-57 from deep on the afternoon. This included 14 made triples in the first half, the team’s high on the season.

Raining outside your window, raining on your TV

13 first-half threes is the most for the Nets in any half this season! pic.twitter.com/OGzm51lvA4

Brooklyn had solid contributions up and down the roster. While Chris Chiozza had a tough shooting afternoon, the former Florida point guard was steady at the point, scoring 10 points and doling out 10 assists and having a team-high +17 in 31 minutes. A collection of other players — Justin Anderson (11 points), Tyler Johnson (11), and Rodions Kurucs (10) — provided double-digit scoring as well. And when Brooklyn needed a bucket to put some breathing room between themselves and the Bucks at the end of the game, Garrett Temple, who had 19 on the day, knocked down a silky midrange jumper.

In fairness to Milwaukee, it did use Tuesday’s game as a chance to get its two biggest stars some rest. Giannis Antetokounmpo had 16 points, six rebounds, and four assists, while Khris Middleton had eight points, four boards, and two dimes. Both players only saw the floor for 16 minutes, all of which came in the first half, in something that Bucks coach Mike Budenholzer called a tactical decision.

Mike Budenholzer says today was a tactical rest day for Giannis Antetokounmpo and Khris Middleton, after they played all three scrimmage games the first two seeding games. He said things should be back to normal minutes wise Thursday against the Heat.

Still, as The Action Network noted, the Nets pulled off the NBA’s biggest upset since 1995 with their win over one of the title favorites, and even when considering the minutes that Antetokounmpo and Middleton played, Brooklyn took an 8-point lead into the half. It is extremely possible that these two sides meet up again in the playoffs, and should that happen, it’d be an uphill battle for the Nets to avoid getting swept against a totally locked in Bucks side. But for one day, they were the better team, and perhaps Brooklyn will ride this win to a few more during the seeding games.