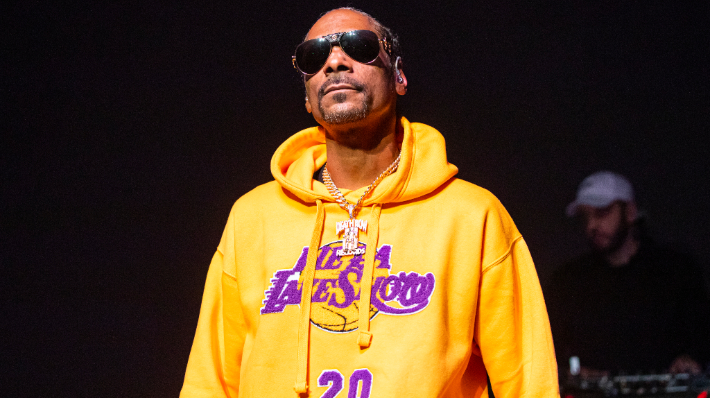 Carmelo Anthony and the Portland Trail Blazers are currently in a battle for the ninth seed in the Western Conference in the Disney Bubble in Orlando, but the former All-Star forward is still finding time to enjoy his wine with friends on his “What’s In Your Glass?” show on YouTube.

On Monday night, Anthony was joined by Snoop Dogg for a conversation about just about everything, from marijuana to wine to Snoop’s tips for reinventing yourself and much more. About midway through the conversation, Melo brought up their mutual friend Kobe Bryant’s passing earlier this year, and asked Snoop to explain to people his relationship with Kobe.

Snoop saw Kobe not just as a friend but someone who had followed a very similar path to him, explaining to Carmelo that he saw “a perfect mirror of what my career was” in Kobe’s journey in the NBA — at the 20:19 mark of the video.

“You know what, it was crazy, because you can look at our careers as being parallel,” Snoop says. “When he came in the league he was young, and when I came into the league I was young. And we came to great franchises, and at the same time we had to earn our position, wasn’t nothin’ given, and once we got it we didn’t look back. Whoever’s spot we took wasn’t ever getting back on the court again, and then from there we had to learn how to be a team player. From learning how to be a team player, we had to learn how to be a family man, then from being a family man, we had to learn how to adjust later in our careers to not being as good as we were — or as best as we could be. And then we had to adjust to life after, life after being the best basketball player in the world to being a businessman, a father, an advocate for women and basketball for girls.

“So that for me, that’s the perfect mirror of what my career was as far as the things that I’ve done with my football league and becoming a family man. Being a team player, going to No Limit Records, coming back home and building my things with the community where I’m from. And just watching me and him grow as friends, just being able to call him and say, ‘Man, that was beautiful what you did that movie you did about your basketball thing,’ and him to call me and tell me, ‘Man, when you did that thing, that performance.’ Like, hen we’d see each other it’d be more congratulations about me seeing his highlights and him telling me about my highlights. So those were moments that I could celebrate my highlights, because one of my friends and one of the guys I looked up to on the basketball court appreciated what I’d done as much as I appreciated him, and we had no problem saying that.”

They then laughed about how Kobe would always go out of his way to show Snoop love at games, only to return to the court “smelling like that stuff.” The entire conversation was really interesting, particularly when Snoop would talk about his career and his longevity, noting that he learned to tap into the youth and become “Uncle Snoop” without ever sacrificing who he was or his style to try and fit the moment. It was something you could clearly see hit Carmelo, who has had his own journey of reinventing himself while trying to figure out how to stay true to his playing style in the NBA, finding a snug fit in Portland currently.