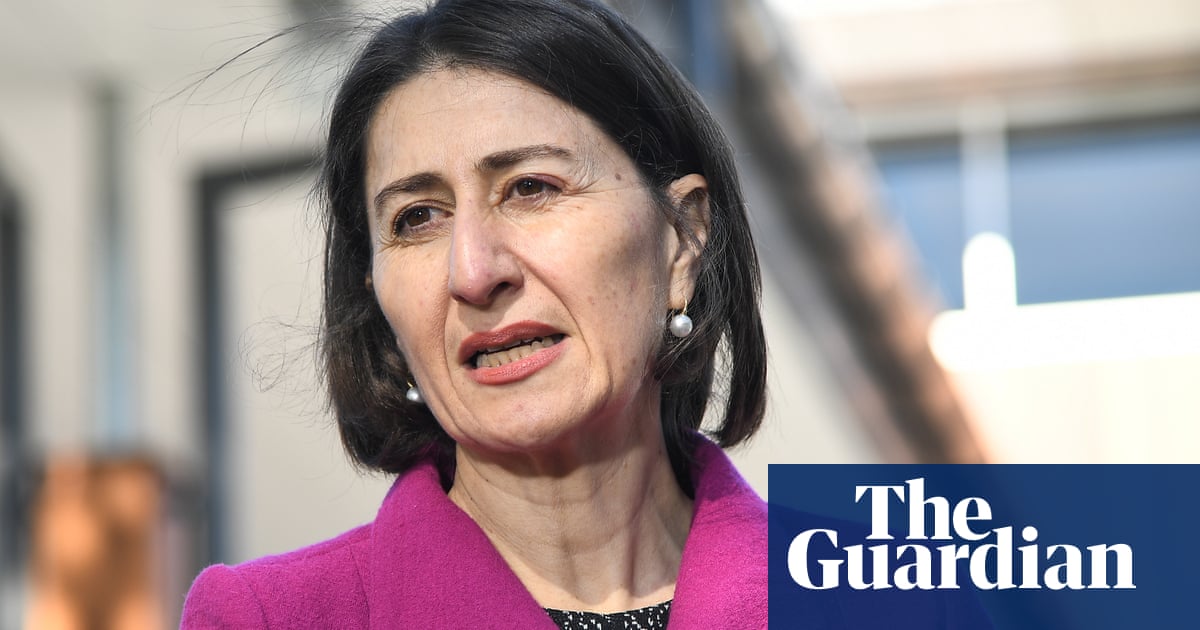 New South Wales authorities have urged people in the state to wear face masks in certain circumstances after two workers at a western Sydney childcare centre contracted coronavirus from an unknown source.

Twelve new cases were reported in NSW in the 24 hours to Saturday night with only one case having no known source of infection.

That case was a childcare worker at Advance Early Learning at Merrylands and a second worker at the same centre tested positive on Sunday morning.

The NSW chief health officer, Kerry Chant, said work was under way to attempt to establish how the staff contracted Covid-19.

“The centre is currently closed for cleaning, close contact tracing is under way, and investigations as to the source of that infection in that person is under way,” Chant said.

Berejiklian said it was “strongly recommended” that people wear masks from Monday in enclosed spaces (such as public transport), if they work in a customer-facing role (such as hospitality or retail), if they attend a place of worship, or if they are in an area where there is high community transmission.

“We have been talking about masks for several weeks but obviously the consistent situation in Victoria gives us cause for alarm in terms of the potential for further seeding in NSW,” the premier told reporters.

“For a number of weeks [we] have been talking about the high-alert state we are in and how critical it is for us to make sure we get through the next few weeks by holding the line as we are.”

Berejiklian said if NSW could keep case numbers low during the next few weeks “we have very good prospects of having a better experience during the pandemic”.

Queensland detected one new case of coronavirus on Saturday, amid a mass testing effort in the south Brisbane and Logan areas, where two women circulated in the community for eight days after breaching border restrictions and returning from Melbourne.

The Queensland premier, Annastacia Palaszczuk, said the single new case in Brisbane was a returning traveller in hotel quarantine and not related to the south Brisbane outbreak.

The man flew into Maroochydore from Sydney on July 31 on Jetstar flight JQ790. He was infectious on the flight and health authorities are tracing people who sat near him.

Palaszczuk said testing of 104 residents at a Pinjarra Hills aged care home – which had been subject to some concern after a worker became infected – had returned 104 negative results. Only one resident has not been tested.

“We are not out of the woods,” Palaszczuk said. “The next week is still very critical so we’re going to be monitoring everything very closely over the forthcoming week.”

Victorian case numbers will be announced later today amid reports the figure could be more than 650.

It is anticipated the Victorian premier, Daniel Andrews, will also announce increased stage 4 restrictions in the state.

Victorian police say they have issued 170 fines for Covid-19 breaches during the past 24 hours including to multiple people who hosted or attended parties and gatherings.