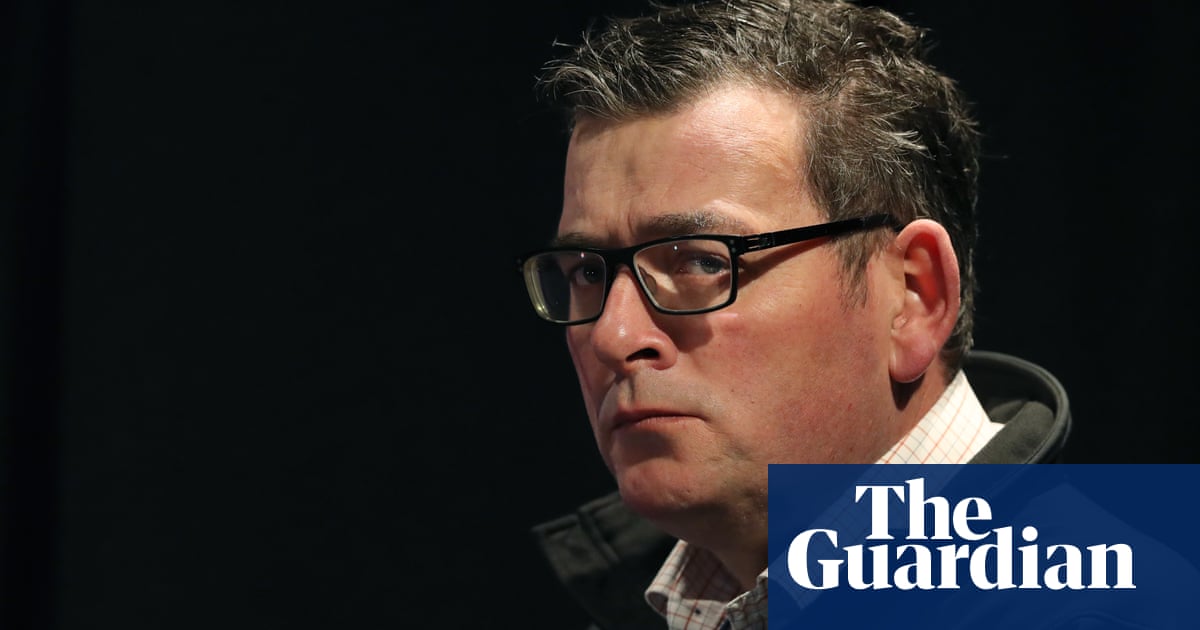 The Victorian government is set to announce the details of tougher lockdown measures on Sunday afternoon.

Guardian Australia understands the premier, Daniel Andrews, will spell out the details shortly after lunchtime on Sunday, but they are not expected to include a shutdown of public transport that has been mooted in some media reports.

The ABC’s Insiders program reported that the stage 4 lockdown was likely to include further restrictions affecting retail outlets, abattoirs and call centres, while restaurants and cafes would be allowed to offer takeaway if they abide by “strict contactless service provisions”. The ABC reported that there could be some restrictions on the operation of Uber and taxi services – and that the tougher restrictions would apply beyond metropolitan Melbourne.

The federal education minister, Dan Tehan, signalled on Sunday that the federal government would be supportive of additional measures aimed at reducing community transmission in Victoria.

“There’s no question that these are very difficult times in Victoria at the moment and I think that everybody wants to see us get on top of this second wave – it’s absolutely vital for the nation that we do this,” he told Sky News.

“We need to make sure that we can get on top of this virus in Victoria.”

Tehan said the two levels of government would work together, with the commonwealth doing what it could to support Victoria’s efforts.

He said the federal government had acknowledged there were things in aged care – a commonwealth responsibility – that “could have been done better” but said the most important thing needed to protect the sector was to bring community transmission across Victoria under control.

Tehan said the commonwealth would work with Victoria to ensure the public health response – including adequate contract tracing – was adequate.

The prime minister, Scott Morrison, and Andrews have been talking regularly about the response to the outbreak. The prime minister signalled last week that “we can’t rule out further restrictions or limitations to stem this outbreak” in Victoria.

The shadow treasurer, Jim Chalmers, said the developments in Victoria should prompt a rethink of the Coalition’s plan to reduce the rate of the jobkeeper wage subsidy from September. The changes were “based based on some pretty rosy assumptions on Victorian restrictions easing, rather than becoming tighter”.

“Clearly, jobkeeper shouldn’t be provided forever, but it shouldn’t be withdrawn too quickly,” Chalmers told the ABC.

“We think that the developments since the announcements on jobkeeper a couple of weeks ago do warrant another look at the arrangements that the government has announced.”

The state’s number of confirmed infections rose by 397 on Saturday, and although this was far fewer than Thursday’s peak of 723, Andrews was not encouraged.

The state government’s cabinet crisis committee is believed to have held a teleconference overnight.

Among the latest list of infections in the state are 49 cases with no known source, bringing suspected community transmission to nearly 2000 cases.

“We can’t be certain there’s not even further community transmission, even more mystery cases out there,” Andrews said on Saturday.

“That is in some respect our biggest challenge.”

Victoria’s chief health officer, Brett Sutton, said there were discussions being had about the prospect of further restrictions like New Zealand has had, requiring the shutdown of all non-essential services.

The premier has been frustrated by people disobeying public health orders, including positive cases who weren’t home when defence force members came knocking.

One person was fined on Saturday for leaving Melbourne to drive to Wodonga for a hamburger while another tried to drive from Werribee to Springvale – opposite sides of Melbourne – for groceries.

Andrews said the time for warnings had passed and a “much bigger fine” through the courts was being considered as an alternative to on-the-spot fines.

The aged care crisis continues in Victoria with 1,008 active cases currently linked to the sector.

A group of Victorian teachers and parents has written an open letter asking Sutton to reconsider his health advice about schools continuing to remain open.

“We see no medical or public health grounds why your advice to everyone in Victoria that ‘if you can work from home you must work from home’ … should not also apply to school staff at this time of extensive community transmission of the virus,” the letter read.