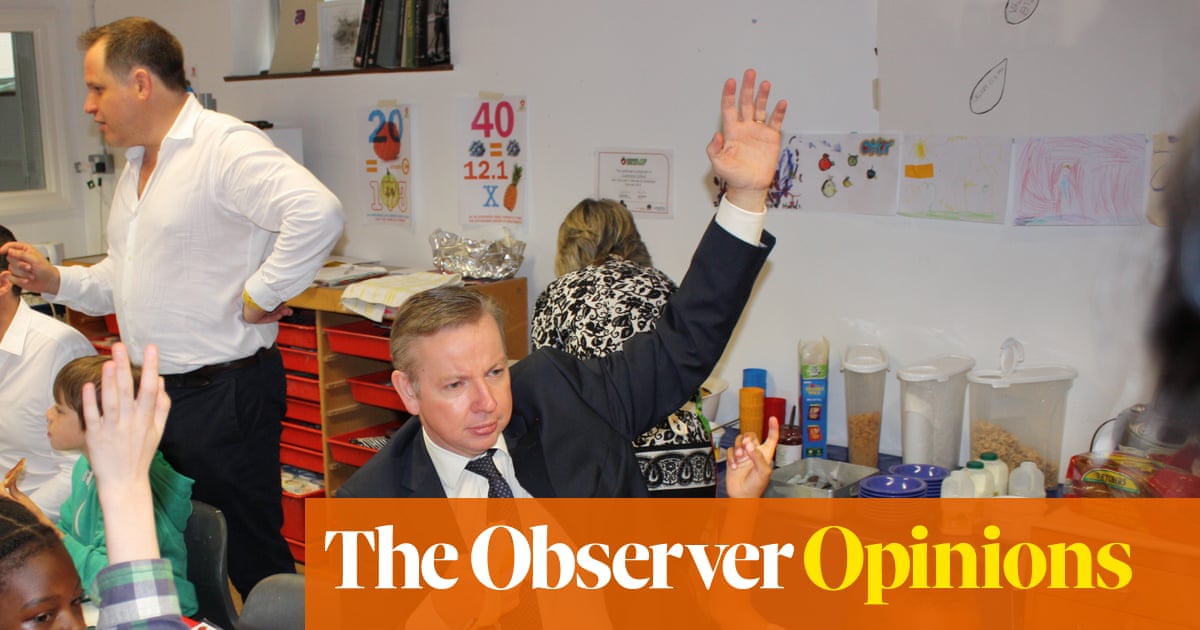 The headlines were compelling. The Covid-19 crisis would lead to a dramatic increase in poverty and hunger; free school meals should be extended to a further 1.6 million children; another 1.1 million children in England should become eligible for holiday food programmes. The National Food Strategy document released last Wednesday was, on the face of it, an impressive opening shot from the team led by businessman Henry Dimbleby.

But for all the laudable anger over hunger contained in this first report from the National Food Strategy, it was received across the world of food production and policy with at best eye-rolling and at worst exasperation. It is the product of grubby politics, includes worrying proposals on post-Brexit trade policy, muddled thinking on the causes of poverty and risks wasting a golden opportunity to answer one of the most important challenges of the 21st century: how we feed ourselves.

The notion of a national food strategy was first put to Michael Gove, the then secretary of state for environment, food and rural affairs, in 2016 by, among others, Minette Batters, now president of the National Farmers’ Union. Gove had only to find someone to lead it. During the referendum campaign, he had famously announced that we’d “had enough of experts”. It wasn’t just a novel slogan by which to secure Brexit. It is an item of faith in Whitehall. If you’re appointing someone to lead a government review, God forbid they should have serious credentials. That makes it harder to ignore their findings. But the appointee still had to be convincing.

Gove had just the person: his close friend Henry Dimbleby. He started out as a journalist, then moved into management consultancy, before founding the healthier fast food chain Leon. In 2013, when Gove was education secretary, Dimbleby had published a review into school food provision. But, for all his diligent work in the sector, he has no qualifications in food policy. That would made him eminently ignorable if his recommendations turned out to be tricky. He is also cut from the right political cloth. As he later boasted to friends, Dimbleby spent the night of the 2016 Brexit referendum at Gove’s house and had voted Leave.

Dimbleby cannot be faulted for his thoroughness. He worked with an illustrious team of advisers and conducted endless consultations with food producers, policy specialists and consumers. But he then made the bizarre decision to write his paper in the first person, complete with colourful personal anecdotes. It’s not the National Food Strategy – it’s the Dimbleby report. And that makes it very easy to bat away. He told me he did this because it was “impossible to get a consensus of informed experts”. It isn’t impossible. It’s merely hard. Just last week, for example, the environment, food and rural affairs select committee released its own damning report on government failures on food supply during the Covid-19 crisis. That represented consensus.

Still, if that’s Dimbleby’s position, we should let him own his words. While he acknowledges the impact of poverty and proposes short-term fixes such as extending free school meals, he fails to recognise that systematic inequality is caused by a failure of long-term government economic policy. But then that would be to criticise Downing Street. Likewise, he regularly refers to the “freedoms” offered by leaving the EU, without considering whether the Brexit he voted for will blight the lives of the impoverished children he clearly cares about so deeply.

But it is the section on post-Brexit trade policy that is most troubling. It reads as if he has taken dictation direct from government. He robustly defends the government’s recent vote against the amendment to the agriculture bill, introduced by MP Neil Parish, which would have prevented the ratification of any trade agreements allowing the importation of food not produced to standards of production and welfare equivalent to those in the UK. Without getting into nerdy detail, Dimbleby’s defence misunderstands the Parish amendment. Interestingly, the argument he deploys is identical to that in a recent post by Liam Fox MP on the Conservative Home website.

Dimbleby also argues that, as products that don’t meet our standards already make it into the UK, for example, pork from Denmark, campaigners are being too precious. As Tim Lang, professor of food policy at City University, London, put it to me: “We all know about such products. That doesn’t mean you make allowing them in policy.”

Dimbleby claims he supports maintaining high food standards and that this can be assured through, among other things, the government’s recently announced Trade and Agriculture Commission. The commission has already been roundly dismissed as unfit for purpose by leading figures in the food industry. It is farmer-heavy, has no experts on animal welfare or public health and a lifespan measured in months. “It’s an arm’s-length government PR exercise stuffed with industry interests and can’t resolve all the issues involved in the time given,” Lang says. “Dimbleby says his is an independent report. But at critical moments it just becomes a government report. Many people think it will be sidelined, though his knighthood is safe.”

This first paper is due to be followed next year by another, looking at sustainable supply chains and agriculture. Those reports should then feed into a government white paper. Last week, Defra officials were quietly telling interested parties not to waste too much energy on Dimbleby’s findings and to focus instead on lobbying over the contents of the white paper. Already, the current Defra secretary, George Eustice, has issued a weak statement thanking Dimbleby for his work but merely committing to “carefully consider” his recommendations on poverty. It is the sound of a ball being kicked firmly into the long grass. Tragically, a serious opportunity to challenge the shape of our food system has been missed.