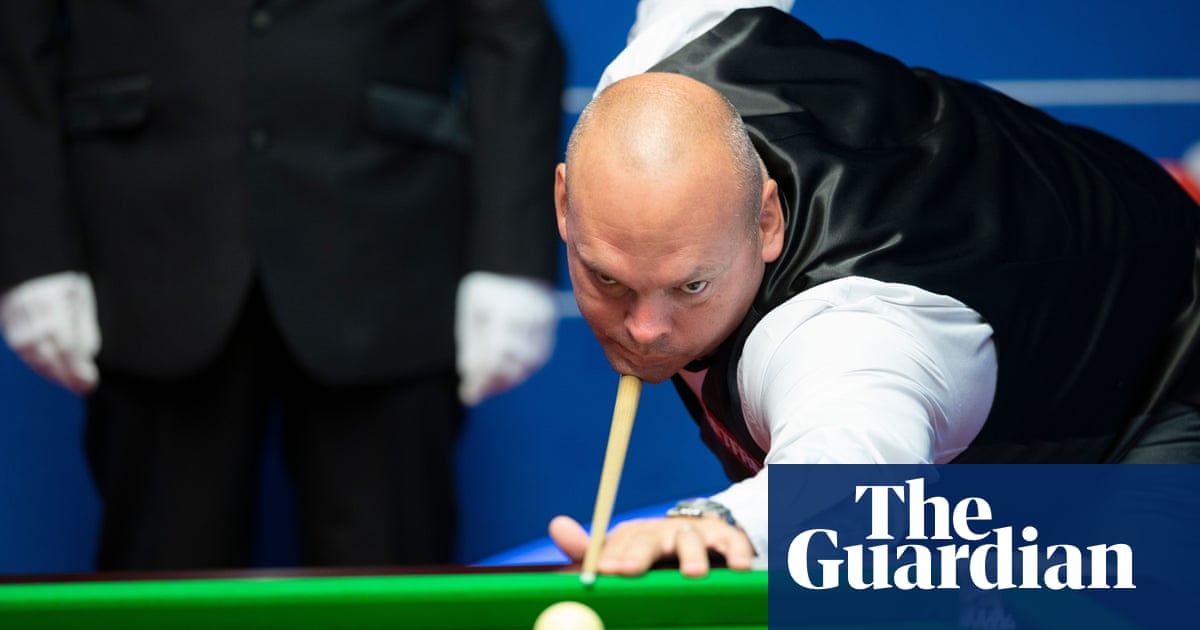 Stuart Bingham blamed sanitised balls for his struggle to get over the line against the qualifier Ashley Carty in an empty Crucible on Saturday.

The former world champion, who had fashioned a 5-4 lead in the opening session in front of a handful of fans on Friday, went on to win 10-7 and become the first player to wrap up victory since fans were belatedly barred from the event.

Although the World Snooker Tour stressed there are no additional protocols in place with regard to cleaning the balls, Bingham said: “I felt lost with the table and the balls. I don’t know whether they had been sanitised. I played a red near the green pocket, and screwed back past the blue pocket – I’ve never done that in my life. But it is what it is, and if it’s sanitised, you’ve just got to get on with it.”

Bingham had turned his slender overnight lead into a 9-4 advantage, including coming close to his first Crucible maximum in the 11th frame, when he missed a long red after potting 12 reds and blacks. But local boy Carty rallied, taking the next three frames to reduce the deficit to 9-7 and leave Bingham with uncomfortable memories of last year’s first round clash with Graeme Dott, in which he let slip an 8-1 lead and eventually limped over the line in a final frame decider.

Bingham, who eventually wrapped up victory with a break of 82, admitted: “It was all I was thinking about from the moment he started coming back, and I was very grateful to get over the line in the end. It made it a little bit harder knowing what can happen, that it can so easily slip away from you frame by frame. With the memories, I was getting a little bit anxious, so I was happy that I made a good break in the end.”