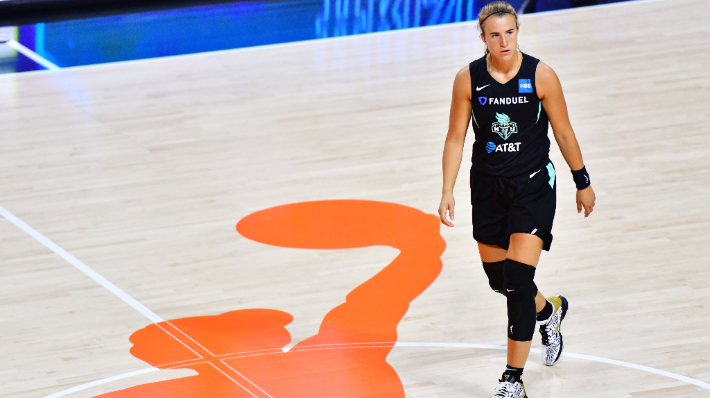 Expectations have been awfully high for what Sabrina Ionescu, the No. 1 pick in the 2020 WNBA Draft, would bring to the league from day one. Her first two games were a pair of losses, but Ionescu still turned heads during the league’s “wubble” at IMG Academy in Florida, averaging 22.5 points, 6.5 rebounds, and 5.5 assists through this incredibly early juncture.

Ionescu looked impressive in the first half of her third game, a tilt against the Atlanta Dream, but unfortunately for the New York Liberty’s young star, she went to the locker room a bit before the end of the half. While pushing the ball up the floor, Ionescu’s foot came down on the foot of Atlanta’s Betnijah Laney, and anyone who has ever played basketball can guess what happened next.

Eventually, Ionescu made her way into the back with a little bit of help and was unable to put any weight on her left ankle.

While sitting a little more than 100 miles away within his own hoops bubble, LeBron James quickly fired off a tweet wishing the former University of Oregon standout well.

There’s no word on the extent to which Ionescu is injured or if she’ll be able to return to this game, but we’ll let you know when that information is available.