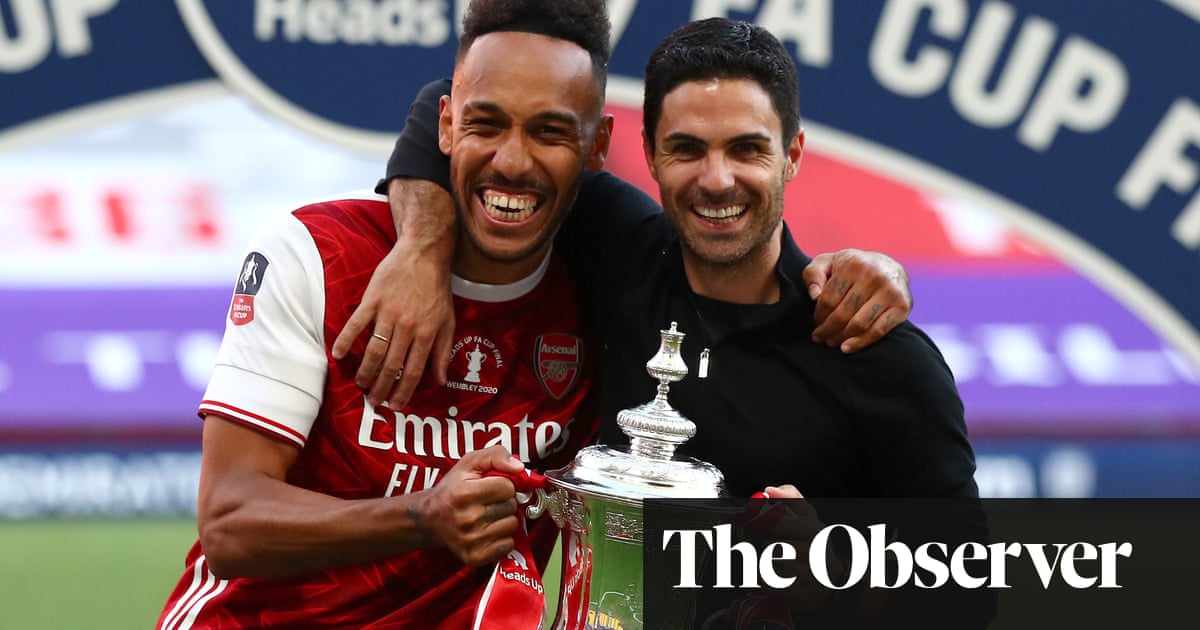 Mikel Arteta believes Arsenal’s FA Cup triumph can persuade Pierre-Emerick Aubameyang to sign a new contract at the north London club. The striker’s two goals against Chelsea can only have enhanced the number of rivals casting covetous eyes in his direction, but Arteta wants to remodel his side around Aubemeyang and is determined to keep a player with one year remaining on his current deal.

“He knows what I think about him, I want to build a squad around him,” said Arsenal’s manager. “I want him to stay, it’s about getting the deal done.”

Despite negotiations proving inconclusive, Arteta remains confident Arsenal have shown their star striker sufficient love to ensure he sticks around. “I think moments like this will help him to believe we are on the right path and he is a big part of it. He is loved by everyone at the club. I think he will [stay].”

Aubameyang, though, was giving little away. When asked if he would be signing a new contract, the forward said there was “nothing” he could reveal. “Just the trophy, that is it,” he said before, to the amusement of his teammates, proceeding to drop the Cup.

“He needs more experience with trophies,” joked Arteta who praised his players’ resilience in fighting back after falling behind. “I knew the challenge when I took the decision to come here. We had to change the mentality. But now this team have made me proud and after we can win titles together.”

Arteta replied “I think so” to an inquiry about whether this was the greatest moment of his career. “I’m so proud to represent these players and this club.

“It was a difficult start when we conceded so early, but if I know something about these players it’s that we weren’t going to give up. They reacted straight away. We played probably the best 30 minutes after since I arrived and from the equaliser, we went on and generated belief.”

Pierre-Emerick Aubameyang shows why he is Arsenal’s talisman

“They have worked hard. It’s a double reward for us, it is really important in every way for this club to be in Europe.”

Arsenal’s manager made a point of thanking his mentor. “I have to say a very big thank you to Pep, his teachings are a big reason I’m a manager,” he said.

While Arteta was wreathed in smiles, Frank Lampard opened the post-match media debrief with a face like thunder before gradually recovering a little of his more customary good humour.

“It [Mateo Kovacic’s second yellow card] wasn’t a sending off but we didn’t play well enough to win a final,” said Chelsea’s manager, as he refused to use his team’s injuries and reduction to 10 men as excuses. “We had control of the game but then we got sloppy. We were slow, we invited pressure. But Willian got injured in the last 24 hours and had to pull out. And then to have two hamstring injuries [César Azpilicueta and Christian Pulisic] and a dislocated shoulder [Pedro] felt like it came a bit to the tipping point today.

“We are at the end of a long, long season. We shouldn’t become too stuck on today. It would have been nice, the icing on the cake but it wasn’t to be.”