Created by a user called @emilyisliving, it explained, in simple terms and aesthetically pleasing fonts, why billionaires shouldn’t exist. The concept is far from a new one – my Bible studies are rusty, but I seem to recall something about Jesus chucking the e-commerce magnates out of the temple and that bit about a camel being more likely to pass through the eye of a needle than a social media tycoon is to get into heaven – but this post pressed the idea that being a billionaire is fundamentally incomprehensible, because the numbers are too massive for our tiny human brains to have any perspective on.

I have always wondered how you might spend a fortune. It’s a common daydream. As a child, I was dazzled by the notion that people could have a million pounds, because it seemed so ridiculous; now it’s a punchline for a joke about how much a pint costs in London.

With impeccable timing, as her ex-husband, Jeff, prepared to defend the dominance of Amazon during last week’s congressional hearing, MacKenzie Scott, formerly Bezos, announced that she had begun the process of giving away the majority of her wealth.

The 50-year-old is estimated to be worth $60bn and last year she pledged to “keep going until the safe is empty”; last week, she named the recipients of $1.7bn in donations, in part, she explained in a post on Medium, because of “a dividend of privilege I’d been overlooking: the attention I can call to organisations and leaders driving change”.

The numbers are staggering and certainly transformative: millions upon millions given to traditionally black universities, to organisations working to fight climate change and economic inequality, to LGBTQ groups, to do with it as they see fit. Yet the mind boggles at the fact that these numbers, while only a start, barely make a dent in the fortune.

There is still nearly $58bn left to go, plus whatever baffling interest continues to accrue. The numbers remain incomprehensible. Perhaps it will make more sense when the safe is truly empty.

Reese Witherspoon: thrice snubbed, are you having a laugh, ref? 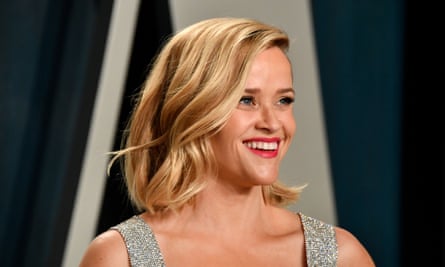 Reese Witherspoon: ‘Nobody does uptight as well as her.’ Photograph: Frazer Harrison/Getty Images

I love awards ceremonies so much that I will happily sit through the traditionally excruciating “nominations” show just to whet my appetite for the main event.

Last week, those for the 72nd Emmys were announced by Leslie Jones, who seems to have a similar level of enthusiasm for this stage of the game as I do.

I realise now that it is my equivalent of sport. The post-match “snubs and surprises” chat is what I imagine football fans talk about at the pub, except instead of discussing tactics (sorry, I’m very bad at this) and, er, substitutions (I did tell you), I’m shouting about Reese Witherspoon and Normal People.

Witherspoon managed the impressive feat of starring in three massive, award-magnet drama series this year – The Morning Show, Big Little Lies, Little Fires Everywhere – yet was snubbed on the acting front for all of them. I’m sure she’s fine about it, given that her production company made all three shows, and they have been honoured in other categories, but still, throw her a bone, Emmys! Nobody does uptight as well as her.

There were other notable snubs, for Unbelievable, and for Daisy Edgar-Jones in Normal People, with even Paul Mescal tweeting: “This only exists because of you.” (Connell and Marianne 4 ever!) On the plus side, there was a lot of deserved yet surprising love for What We Do in the Shadows and Unorthodox. Even better, the event sets up a big battle, as both Jeremy Strong and Brian Cox are nominated for lead actor in Succession, continuing the father-son feud that never ends. 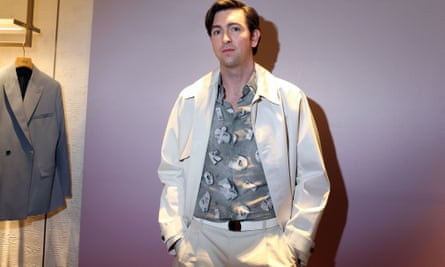 Nicholas Braun: something to sing about. Photograph: Lexie Moreland/WWD/REX/Shutterstock

Excuse the ongoing Succession obsession, but the series was nominated for a mammoth 18 Emmys, with Variety declaring that it had “stepped into the Game of Thrones void”.

One of those nominations went to Nicholas Braun, who plays Cousin Greg, a man so appallingly spineless that he will inevitably end up running the world. In the same week as he found out he was up for an Emmy, Braun released his debut single, Antibodies (Do You Have The), a crowd-sourced, tongue-in-cheek, punk-pop anthem about trying to find love in a pandemic.

“Can you find a testing site/ Before you spend the night?” goes one line, which is both very funny and oddly depressing. Braun told Rolling Stone that his test for the antibodies had come up negative.

Braun said boredom had driven him to songwriting. Succession’s third season was due to start filming in April and has been pushed back to autumn, although Matthew Macfadyen, also Emmy-nominated as Tom, was unsure. “I think it changes week to week – or day to day, really,” Macfadyen told the Hollywood Reporter. At this rate, surely, it’s only a matter of time before Shiv’s reinvention as a techno star.

• Rebecca Nicholson is an Observer columnist