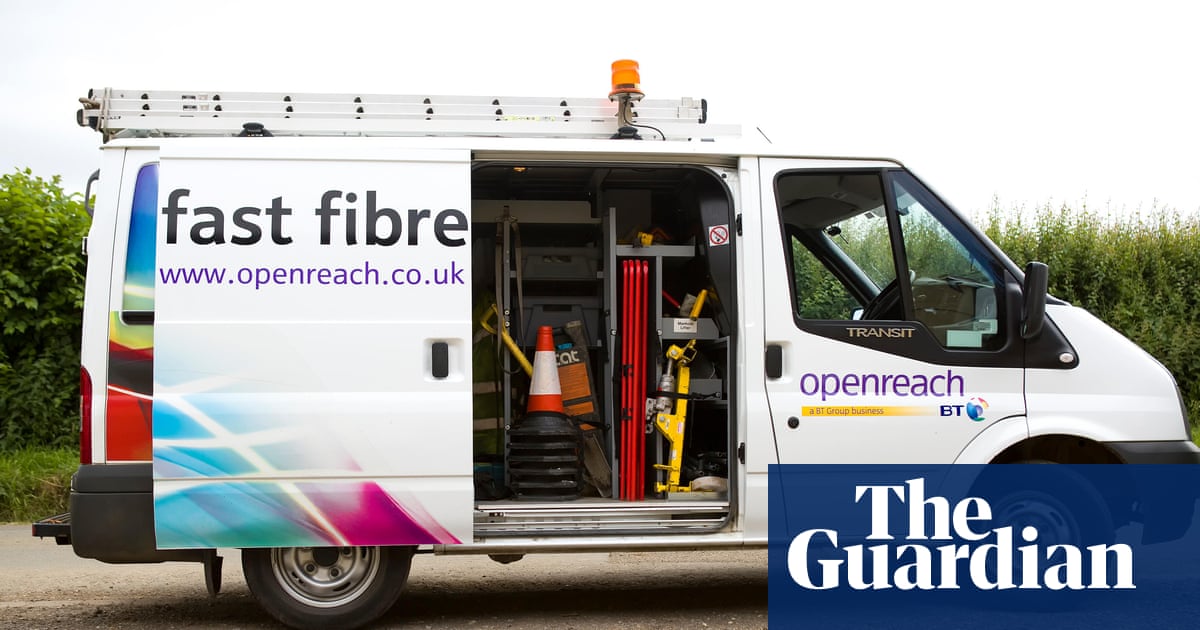 BT has reported a near-70% surge in customers switching to next-generation full-fibre broadband as the working-from-home revolution prompts people to upgrade to the fastest internet connection available.

The company said the number of sign-ups for full fibre broadband, which enables users to download a hi-definition TV show in 15 seconds instead of the typical three minutes or more with standard broadband, increased in June to 10,000 per week.

Prior to that, about 6,000 customers per week had been signing up for full-fibre broadband, BT said.

The company, which runs the UK’s broadband network via its Openreach subsidiary, said customers are continuing to sign up in higher numbers. Households are upgrading as more companies either continue to delay sending staff back to the office or make remote working a permanent fixture.

“We are 20% up on daytime data usage on our [broadband] network,” said Philip Jansen, BT’s chief executive. “People are using us more at home. We have had lots of people ringing us up and contacting us to get higher speeds to do things like get complete wifi and manage their connections better.

“It is part of that general trend of connectivity being seen as absolutely crucial, even more crucial than it was before because there are more people at home, kids studying online, gaming, work and all that.”

Boris Johnson has pledged to have next-generation broadband made available to every home by 2025, as the UK plays catchup rolling out the technology compared with most developed markets around the world. BT is spending £12bn rolling out full-fibre broadband to 20m homes by the late 2020s.

On Friday, BT revealed a near-£400m decline in revenue in the three months to the end of June. The company blamed the impact of the coronavirus pandemic, which meant it was unable to broadcast sport such as Premier League football on BT TV and in partnered pubs, as well as a drop in demand for its services from small businesses during the lockdown.