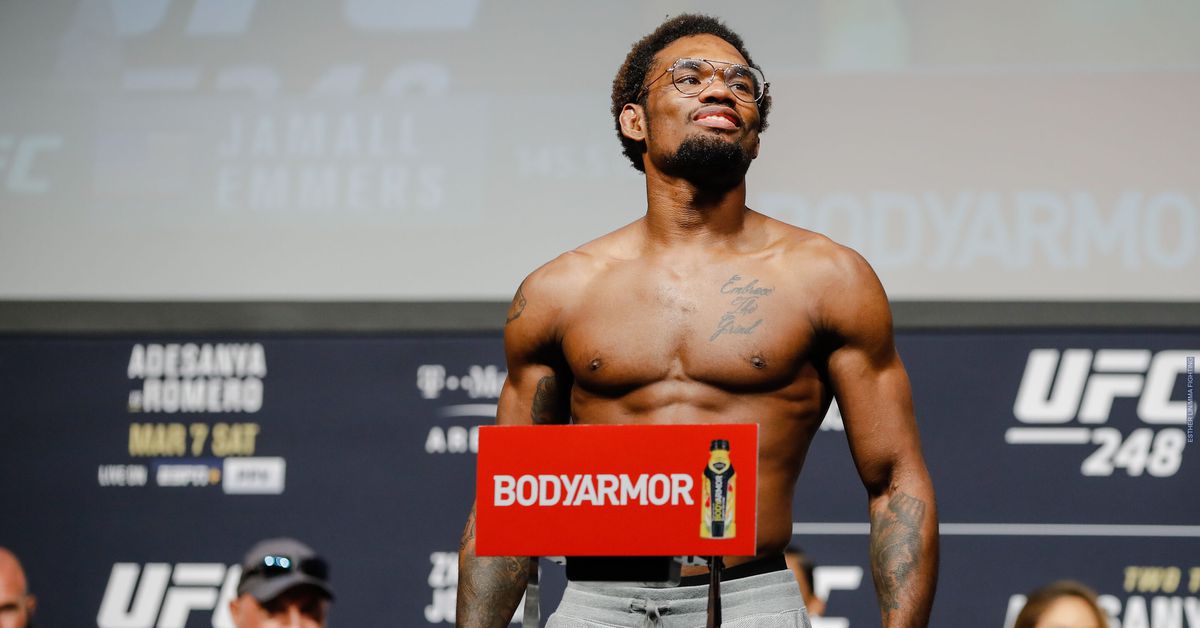 Multiple people with knowledge of the promotion’s plans confirmed to MMA Fighting that Timur Valiev has been forced to withdraw from his octagon debut against Jamall Emmers. Stepping in on short notice will be another UFC debutante in Vince Cachero.

MMA Junkie was first to report the switch.

Emmers makes his second octagon appearance after facing Giga Chikadze on short notice at UFC 248. “Pretty Boy” dropped a split decision to Chikadze to snap a four-fight winning streak. Before signing with the UFC, Emmers picked up wins against Alexander Hernandez on the regional scene, and was the last fighter to defeat Cory Sandhagen prior to his UFC 250 submission loss to Aljamain Sterling.

Cachero picked up a second-round TKO win over Marvin Garcia at LFA 81 in January, which , coincidentally, was headlined by Emmers. “The Anomaly” was originally scheduled to face Isaiah Batin-Gonzalez but got his new opponent on less than a day’s notice. The 30-year-old had a 5-2 record competing in the LFA cage.

UFC Vegas 5 will be headlined by a three-round middleweight bout between Derek Brunson and Edmen Shabazyan.