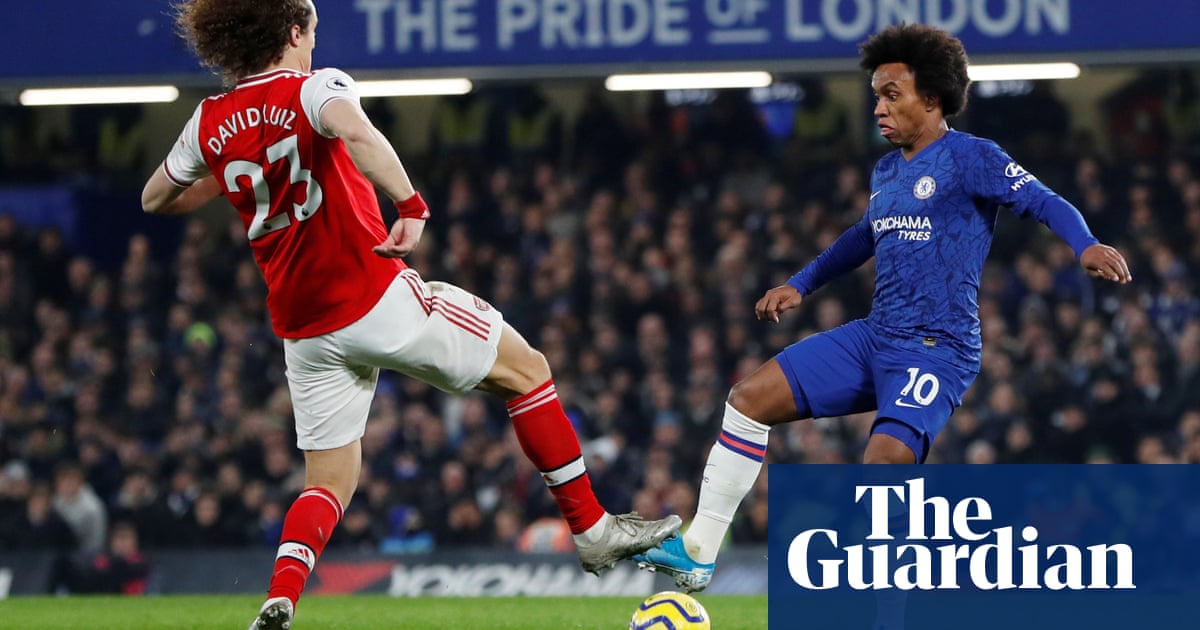 At first glance it might seem odd Frank Lampard is so keen for Willian to stay at Chelsea. Timo Werner and Hakim Ziyech are already training with their new teammates, Kai Havertz is close to joining from Bayer Leverkusen and there is a danger that the manager is going to become Brentwood’s answer to Ossie Ardiles when he starts working out how to deploy his attacking options next season.

Something surely has to give. Werner is going to be competing with Tammy Abraham and Olivier Giroud up front and can also operate from the left. Ziyech can play on the right or in the hole. Christian Pulisic and Callum Hudson-Odoi are exciting options on either flank, Ross Barkley, Ruben Loftus-Cheek and Mason Mount all play advanced roles in midfield and although Chelsea are right to focus on improving their goal threat after losing Eden Hazard to Real Madrid last summer that attack is starting to look crowded.

Which brings us to the intrigue surrounding Willian, who is out of contract at the end of the season and a target for Arsenal, Chelsea’s opponents in Saturday’s FA Cup final. It is verging on saga territory – Chelsea’s offer of a two-year deal has been on the table for months – and there was a development this week when the Brazilian’s agent, Kia Joorabchian, said the 31-year-old winger had offers from five clubs: two in Europe, two in the Premier League and one in Major League Soccer.

Joorabchian was involved when another Brazilian, David Luiz, left Chelsea for Arsenal last summer and his latest intervention was not particularly helpful given the doubts it raises over Willian’s focus before the Wembley final. Yet some Chelsea fans just shrugged their shoulders. Willian, who wants a three-year deal, has tended to divide opinion during his seven years at the club and many think this is a good time to say farewell.

Lampard sees it differently. Although he acknowledges that some forwards need to leave, especially if Chelsea are to bolster their defence with the signings of Leicester’s Ben Chilwell and West Ham’s Declan Rice, he does not want Willian to go. Barkley and Michy Batshuayi, who has a year on his deal, are more obvious odd men out.

It may not make immediate sense given that Chelsea have so much potential in attack. Pedro, another veteran winger, is being allowed to join Roma on a free and has barely been used since the season resumed. The Spaniard signed a short-term extension to stay until the end of the delayed season, as did Willian, and has since made four brief substitute appearances.

By contrast Willian has remained a regular and when Lampard makes his case to the board he can point to the Brazilian’s output in the league this season: nine goals, seven assists and a key role in Chelsea overcoming last summer’s transfer ban by qualifying for the Champions League.

Yet there are other qualities to consider: assets that tend to be valued more by managers than fans. It is not just about the highlights reel. Willian’s experience has been valuable during a season in which Chelsea have used a lot of young players and although he is touch and go to face Arsenal after missing last week’s win over Wolves with an achilles injury, he remains in excellent condition overall and feels he has a good few years at the top left.

That fitness record should not be discounted, especially as Pulisic and Hudson-Odoi have suffered from niggles this season, and Lampard also feels his work ethic and willingness to track back are an example for his young players.

“On the ball, we all know his ability,” the manager said after Chelsea’s 2-0 win over Crystal Palace last November. “But his off-the-ball work is an outstanding example for Callum Hudson-Odoi, for Christian Pulisic, for other young players who think the only part of the game is going by people, crossing or shooting. He does the other side brilliant with absolute humility.”

Another factor is that Chelsea, who face Bayern Munich in the last 16 of the Champions League the following weekend, do not want to lose Willian for nothing to a rival. Brinkmanship is the order of the day. Two years or three years? There is little room for manoeuvre and unless one side blink, the smart money is on Willian joining David Luiz in north London.